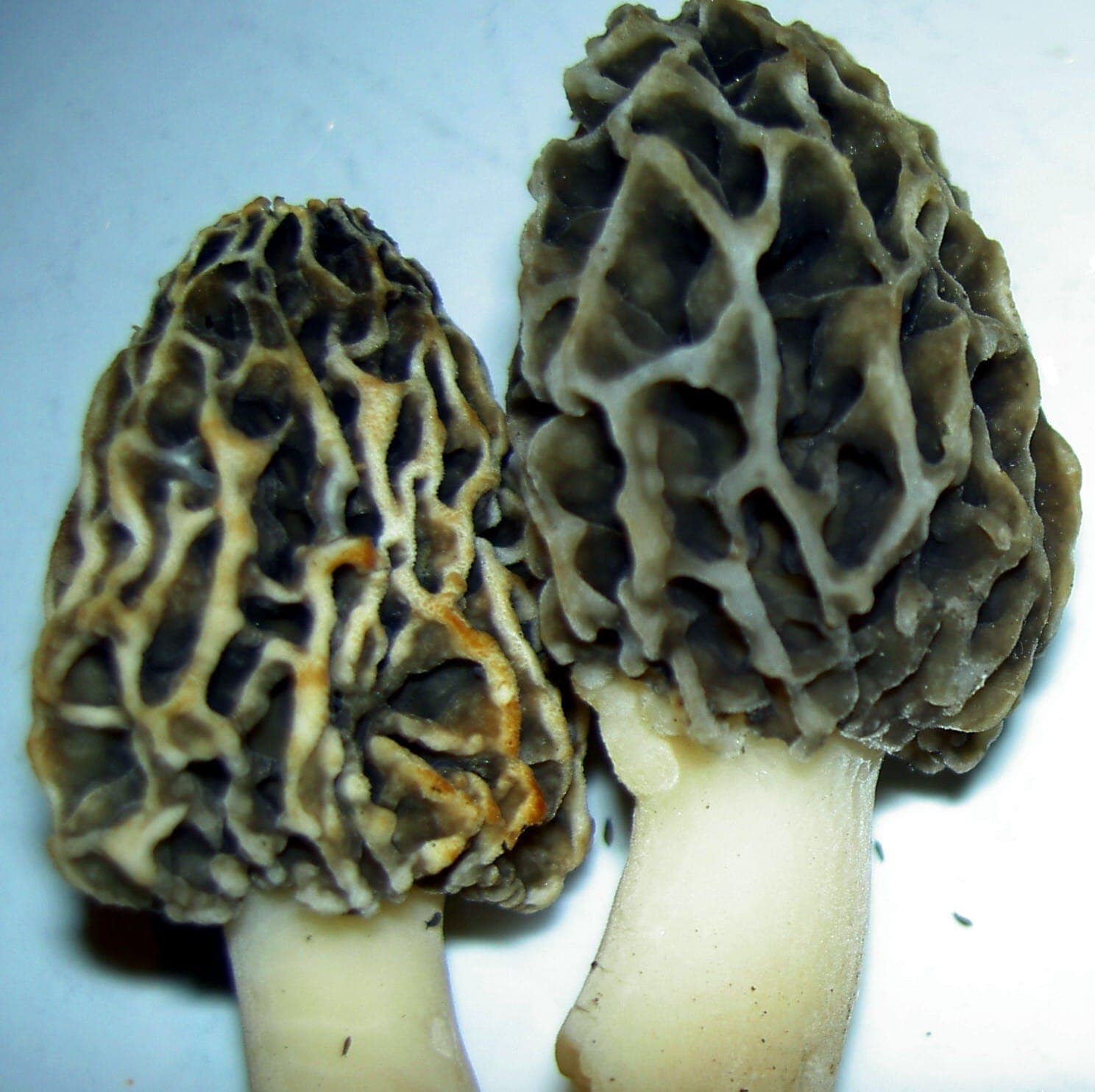 The untamed morel is only found in the wild

Time to pop the cork, I know you have all been waiting for the big September party that is Mushroom Month. I know, we already missed a couple of weeks, so we have to make up for it.

Vegetarians would do well to learn how to harness the magic of mushrooms. The peculiar chemistry of the fungus makes it both deliciously meaty tasting, and in many cases, potently medicinal. The mushroom is blessed with a number of free amino acids, including the glutamic acid used to make MSG. Shiitake mushrooms also contain guanosine monophosphate, another meaty-tasting chemical. These chemicals work to give the mushroom “umami,” a flavor or sensation of meaty, satisfying fullness that is prized by the Japanese. Drying mushrooms concentrates this umami even more.

For medicinal use, you may have seen Maitake or Shiitake mushrooms in pill or extract form. These and a few other mushrooms have been used in traditional Chinese medicine for centuries, and studied for their immune-boosting and cancer preventing abilities.

Nutritionally, the mushroom is fat-free and high in protein and B12, making it a great food for vegetarians. That, combined with the meaty texture and health benefits, make a big roasted portobello a common vegetarian entrée ingredient.

In the great recycling scheme of the natural world, mushrooms occupy a fascinating niche. Existing invisibly as a fine network of fibers underground or symbiotically on a host, the organisms whose fruits we know as mushrooms live off the living and the dead. While that might sound creepy, these natural wonders produce some of the tastiest things in the produce aisle.

The mushrooms we buy are actually the fruiting bodies of much larger networks of microscopic fibers, called hyphae. Each specific mushroom grows this network next to the food it is capable of digesting, so a matsutake will only be found near a wild red pine, and a straw mushroom will only grow on rotting rice straw. Some other varieties are less picky, living on decomposing leaves or animal dung. The “mycorrhizal” symbionts, like truffles and chanterelles, live in happy balance with their host tree, synthesizing sugars from the environment and sharing them even as they borrow other nutrients. A few parasitic mushrooms eventually kill their host plants.

The “saphrophytic” mushrooms that eat decomposing matter have proven to be the easiest for humans to grow. Most of the mushrooms we buy are cultivated, using decaying matter as a growing medium. Yes, those black crumbs at the base of your button mushroom are manure, but it’s heat-sterilized manure, if that makes you feel better. Shiitake mushrooms thrive on decaying oak, and were cultivated by the Chinese as early as the 13th century. The happy confluence of harvesting rice and the predilection of the straw mushroom to grow on the leftover stalks made the straw mushroom as ubiquitous in rice growing countries as the button is here.

Symbiotic mushrooms are the hardest to tame, and are still stalked in the wild. Morels, chanterelles, porcinis, hedgehogs, and the famously expensive truffle are among this elusive group. That is why you only see them once a year in their fresh forms, if even then. Mushroom hunting is a dangerous but rewarding activity, best left to well-trained hunters who can tell a delicacy from a fast-acting poison.

The unique biology of the mushroom makes it a joy to cook with. Mostly water, but with no fat, your mushroom will yield completely different textures depending on how you handle it. Raw, most mushrooms are soft and springy. Seared, they can develop a snappy crust that holds the concentrated juices inside. Chopped and cooked over lower heat, the mushroom pours out its liquids and becomes meltingly tender-but if you keep cooking, it will reduce down to an intensely flavorful essence and become firmer as you go.

The mushroom is your “umami” resource, and if you play around with it, you can really amp up your vegetarian cuisine!