We Can Put a Man on The Moon, But Can We Make Good Vegan Cheese?

I’ve made no secret of my dislike for fake cheeses. For that matter, I have expressed open contempt for weird mock meats.

I figure that the pursuit of a vegan lifestyle should also include the pursuit of real food. I know that is kind of old-fashioned. There seems to be a whole new crop of vegans who eagerly embrace vegan marshmallows and lookalike candy bars, and more power to them. All of those products have made great leaps in quality to meet the demand.

So, when I kept hearing that there was a new vegan cheese that was really good, I had to pause. For at least 15 solid years, the same slimy, non-melty soy cheeses had populated the spot next to the tofu at all our stores. Where was this mythic cheese? If it was so good, why didn’t anyone carry it in Minneapolis?

I was wary. So wary, in fact, that when vegan recipe development work came my way, I stuck to home made nutcheese, or a little tofutti cream cheese.

Then the other day I noticed that Daiya vegan cheese had appeared on the shelf, alongside another new brand called Teese. I figured, hey, they must really have put some R and D in to be able to tout the meltability and stretchiness of the new stuff. Daiya is not soy-based, while Teese is made from soy.

Had someone finally cracked the code, and created that elusive cheese substitute that would satisfy the lactose intolerant, the vegan, and maybe even their families and friends?

So I grabbed one of each, and set about to do two tests. One, a simple plate of nachos in the microwave, and the second, a pizza on the grill. Here is what I made. 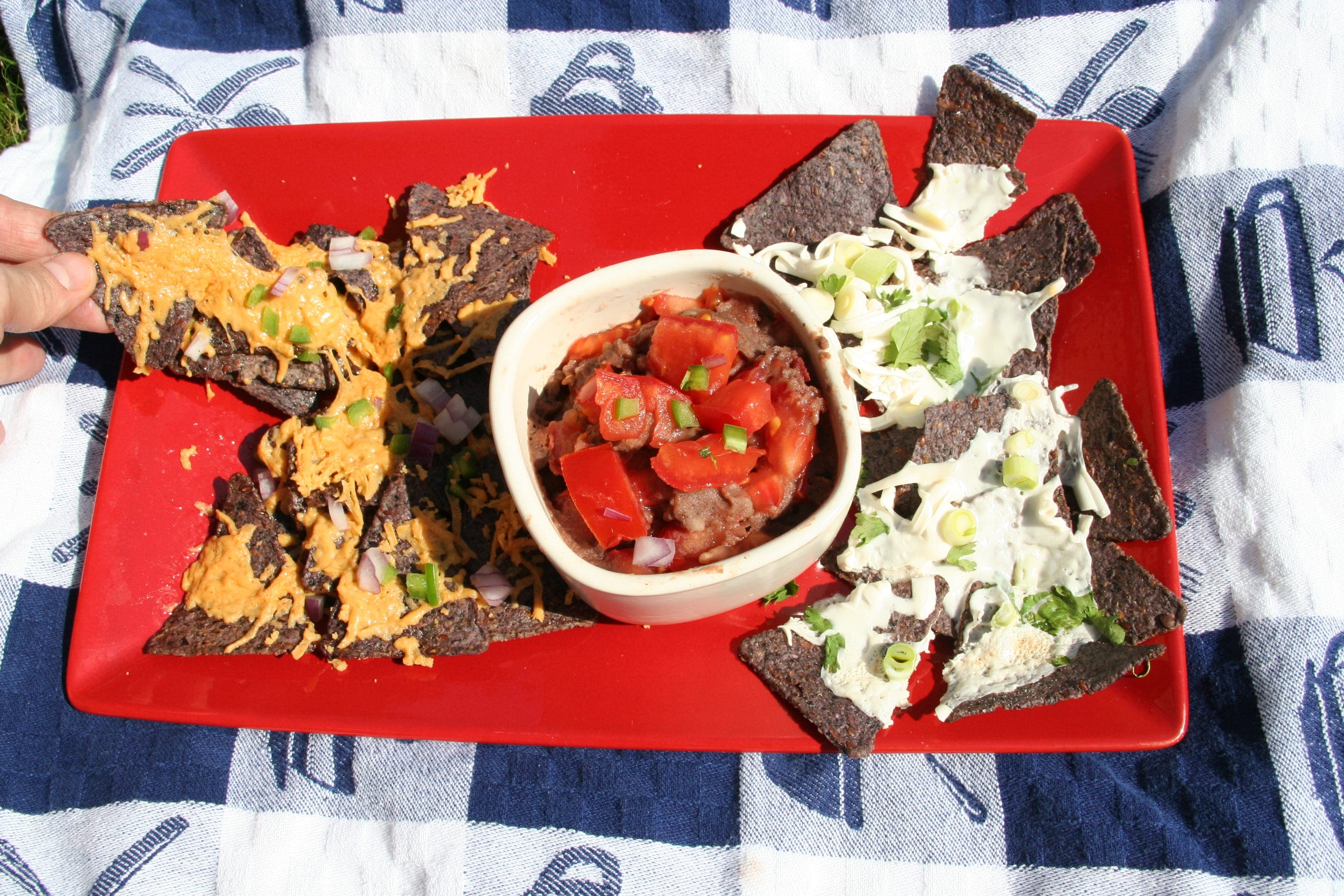 Testing for "stretch" and "melt"

The Nachos with Daiya Cheddar Shreds (the yellow side) and with Teese mozzarella were pretty good. The first requirement of a nacho cheese is that it helps stick the toppings to the chips, and they both did. The Daiya melted more creamily, and as you can see in the photo, it did stretch. It was also more flavorful. The Mozz style was very soft and a little runny, but still better than the rubbery old kinds.

The pizza below was made with a pre-baked whole wheat crust, and I used the grill to melt the cheese. The cheeses took a bit of time to melt, and the mozzarella style got kind of weepy, giving off water into the toppings. Again, the Daiya was the taste winner, as we sprinkled salt and pepper on the white cheese. The Teese did not stretch, but it was melted and did stick the toppings to the pizza. 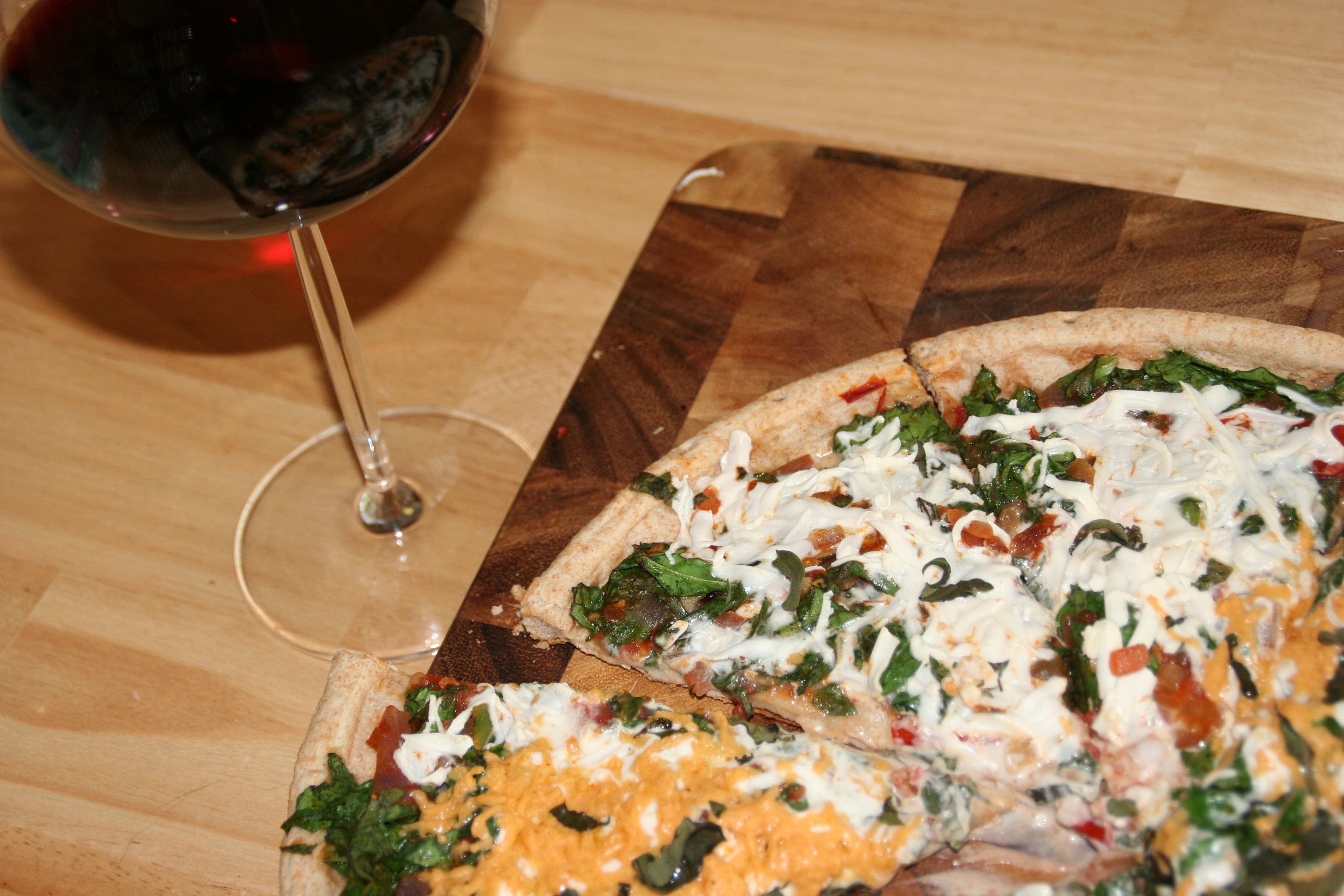 Note the wateriness coming from the white cheese

From a nutrition standpoint, Daiya Cheddar and dairy cheddar are quite different. While the non-dairy cheese is lower in fat and sodium, and contains no cholesterol, it’s also much lower in protein.

So, I’d say that both vegan cheeses are a great improvement over older brands, and that Daiya is the best. It’s best if you let go of expecting it to taste like cheddar. It’s pleasantly cheese-like, and if you don’t do dairy, it is a convenient way to make your old favorites.

Will it satisfy your family and friends? Maybe. As with other stand-ins, it’s best holding down lots of flavorful toppings and liberally sauced. If you don’t do dairy, you will certainly adjust to it and come to crave it.

Congrats to Daiya and Teese, for making vegan cheese better!

There are no upcoming events at this time.