The Most Nutritious Grain You Have (probably) Never Had 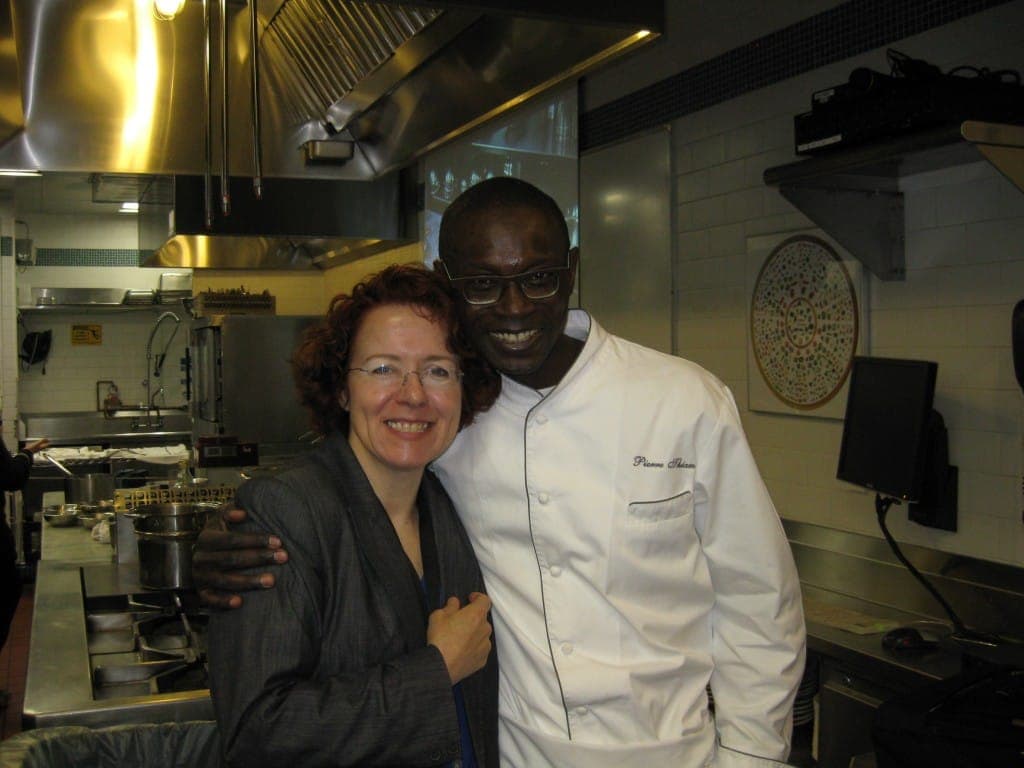 Yours Truly with Pierre Thiam

Last month I had the pleasure of attending the International Association of Culinary Professionals annual conference, in the cultural playground that they call New York City. So far, I have blogged about my extracurricular restaurant experiences, but believe it or not, my days were spent in fascinating seminars lead by the bright lights of the culinary world.

When I was registering for the conference, I was immediately drawn to a seminar by Pierre Thiam, a chef of Senegalese origin and the author of Yolele! Recipes From The Heart of Senegal. The seminar was on Fonio, a grain that I had long thought might be a myth. For years I have heard about this teeny grain from Senegal, touted with almost hyperbolic claims of its healthy cred.

When I was researching my book, The New Whole Grains Cookbook, I would come across mentions of this grain like reports of meeting Bigfoot. But I could never find the grain itself. Then, in 2008, Yolele came out, and the author, Chef Pierre Thiam, began making appearances on TV and radio. I heard him chat about the mythic fonio with Lynn Rossetto Kasper on the Splendid Table. I WANTED it.

Yolele was a big hit, nominated for a Julia Child Award. Thiam battled on Iron Chef, where he was barely beaten in Battle Papaya by none other than Bobby Flay. Thiam also has a successful restaurant, La Grand Dakar, in Brooklyn. 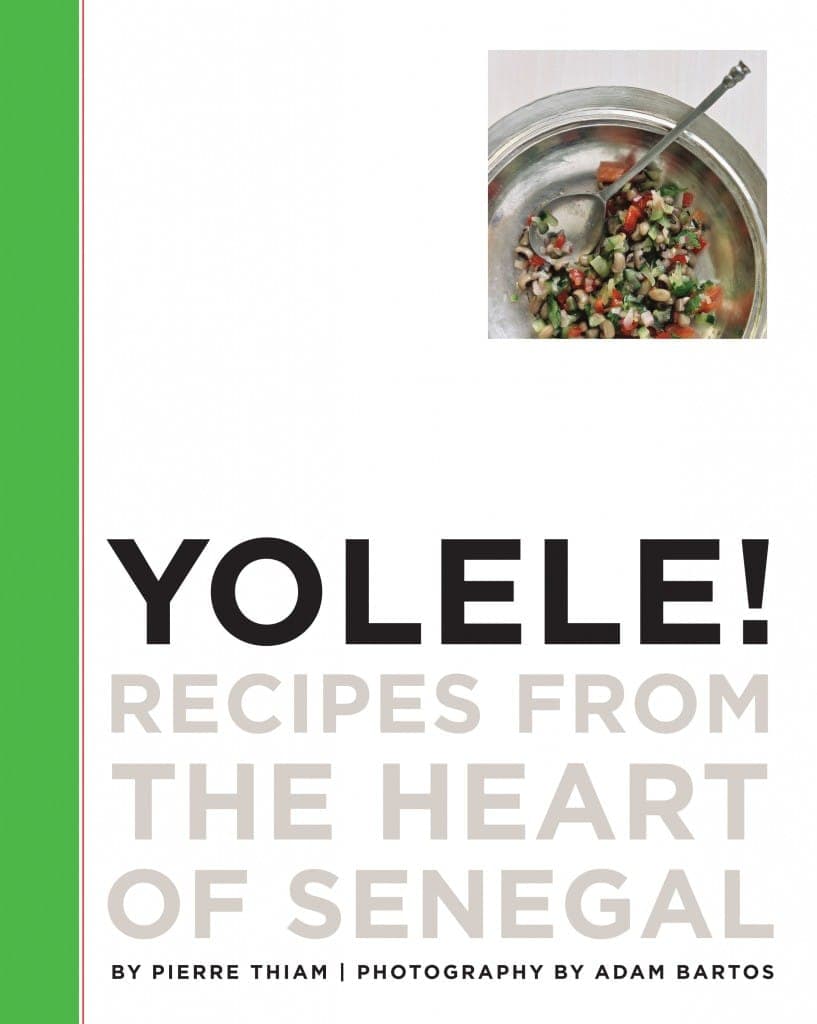 Well, I am here to attest, Fonio is not a myth, and Mr Thiam is a talented ambassador for the foods of his native Senegal. According to Thiam, Fonio is the World’s oldest cultivated grain. In the folklore of Mali, fonio is “the seed of the Universe”  It is part of the traditional diet of many West African countries, including Senegal, Nigeria, and Guinea, and came from Ancient Egypt. The tiny grains are so nutritious that they were a staple food, providing complete protein and lots of minerals, especially iron. The hardy plants can grow in poor soils with hardly any water, and produce a crop in 6-8 weeks, making it a perfect food for places afflicted with drought and hunger. Unfortunately, the teeny grains are time-consuming to remove from their clingy glumes, requiring more labor than some grains to process.

Chef Thiam told our rapt group about growing up eating fonio in Senegal. A traditional family meal involves a large bowl of fonio in the center of the table and an assortment of vegetables, stews and sauces to accompany it. Children are taught from an early age to use their right hand to eat, and while they learn the habit, to hook a finger  of the left hand over the edge of the bowl between bites. They learn a valuable lesson about sharing, as each person eats only her own little wedge of the contents of the communal bowl. As the group converses and enjoys the meal, each person takes small portions and finishes them before taking more.

Chef Thiam cooked and served his food effortlessly, a world-class chef enjoying making the simple foods he grew up with. He also made a delicious Suppa Kanja stew similar to gumbo, and a vegetarian Mafe peanut stew.He even served us a handmade millet version of couscous, which I wish were sold at my corner store.

Thanks to books and restaurants like Thiam’s there is growing interest in the foods of Senegal, and you can find fonio on the internet. (see link below.) He kindly contributed the recipe for his tabouli, and I hope that you will try it.

It has nourished West Africa for centuries, and you can get a little taste of history in every bite.

WHERE TO BUY FONIO 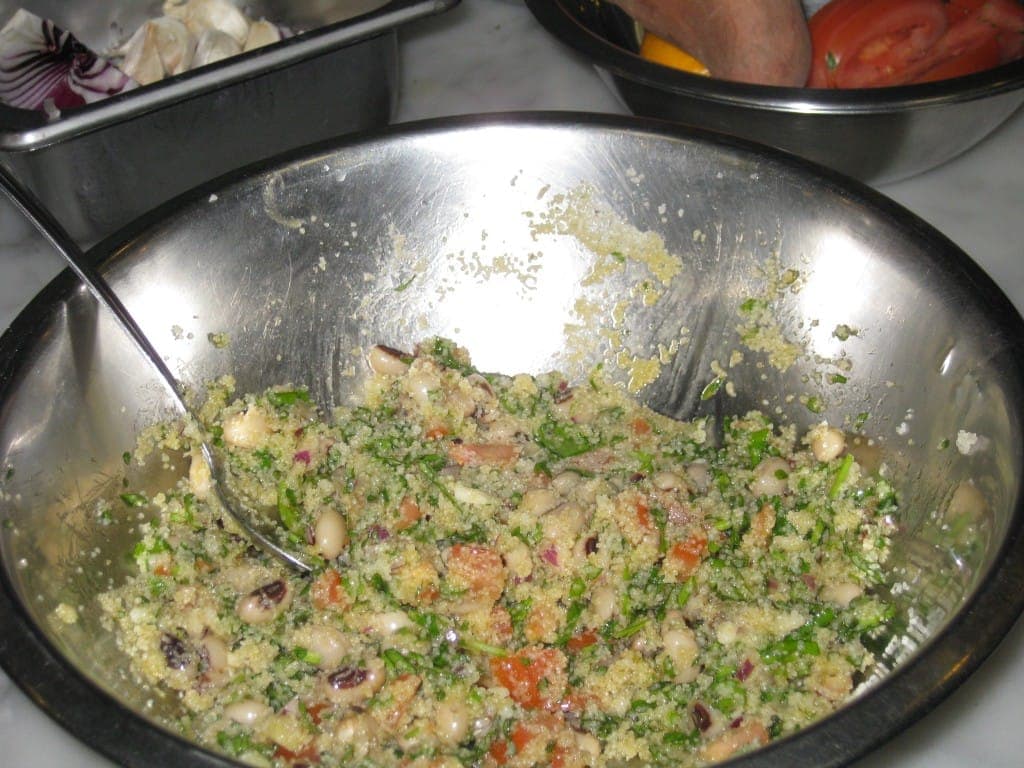 Fonio: Fonio (Digitaria exilis) has been grown in Africa for centuries. It is rich in methionine and cysteine, amino acids vital to human health and deficient in today’s major cereals: wheat, barley, maize, rice and rye.