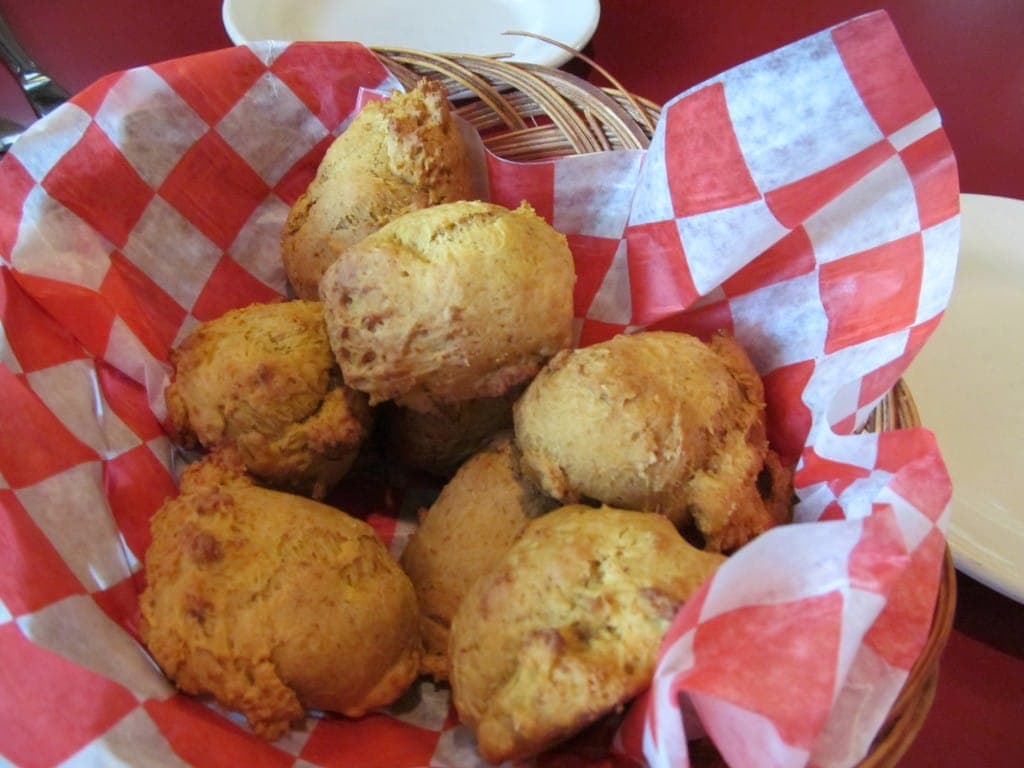 I recently did a lively tour of North Carolina and Georgia, bringing my plant-based cuisine to some fabulous cooking schools. It was absolutely uplifting to have so much interest in little old me and my books. Southern hospitality is all they say it is, and I have to say that it rivals Minnesota Nice in pleasantness.

The one thing I did miss out on was eating out while I was there, since I was busy making food, I didn’t have time to get out to sample the best local fare. Until my last day there. Thanks to author and friend, Nancie McDermott, I was whisked over to a landmark restaurant in Chapel Hill, called Mama Dip’s.

Mama Dip is a local celebrity,who opened her own little place over 25 years ago, serving home-style fare. Her real name is Mildred Council, and she has shared her success by giving back to the community that loves her. One of the things that I love about her story is that she never measured anything, until it was time to write a cookbook. She calls her style “dump cooking,” and she built a business on food made completely by feel. 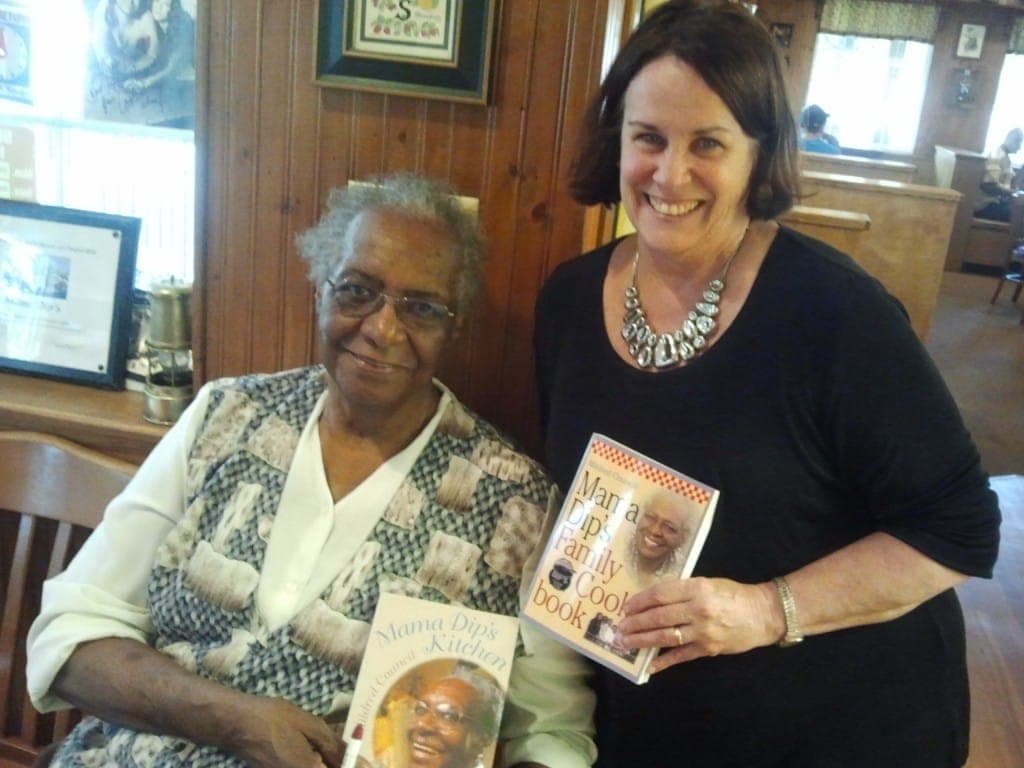 Click to read about Mama Dip and view her books

I know that Southern Food is notoriously larded with fatback and bacon, so I took a look at the menu. We ordered some classic sides, and I indulged in my biscuit obsession. I love biscuits so much, I named a cat after them. I wanted to try the “real” Southern cornbread, the white biscuit, the sweet potato biscuit. Happily, the collard greens, black eyed peas, fried okra and macaroni and cheese were meat-free, as best as we could tell. Vegans need to remember, we didn’t invent greens- Soul Food has dibs!

So, I was so taken by the sweet potato biscuits. Little drop biscuits, they were redolent of molasses and cinnamon. Tender, sweet, and full of sweet yams, they were great. We even got molasses on the side, split the biscuits, and spread them with the sweet syrup.

Molasses, Greens, sweet potato, okra, am I in a health food restaurant, or what?

Of course, I had to come straight home and work up a vegan version of the biscuits. Mama Dip gives a recipe for them in her book, but it doesn’t have the molasses or cinnamon, so clearly, her dump biscuits have evolved over time.

I LOVE that, too.

So, here are my version of Mama Dips Sweet Potato Biscuit. Imitation is the sincerest for  of flattery, and I mean it sincerely. I can’t wait to get back to see how they change between now and then!

1/4 cup canola or other vegetable oil

1. Preheat the oven to 400 F. Lightly oil a sheet pan. In a large bowl, mix the flours, cinnamon, baking powder and soda, and salt. In a medium bowl, mix the non-dairy milk into the sweet potato until smooth, then stir in oil and molasses.

2. Stir the wet mixture into the dry mixture, just until combined. Use a 1/4 cup measure, dampened with water to prevent sticking, to scoop portions of batter onto the sheet pan, leaving 2 inches between the biscuits.

3. Bake for 15 minutes, until the bottoms are golden and the biscuits are fluffy and browned. Serve hot with molasses on the side.