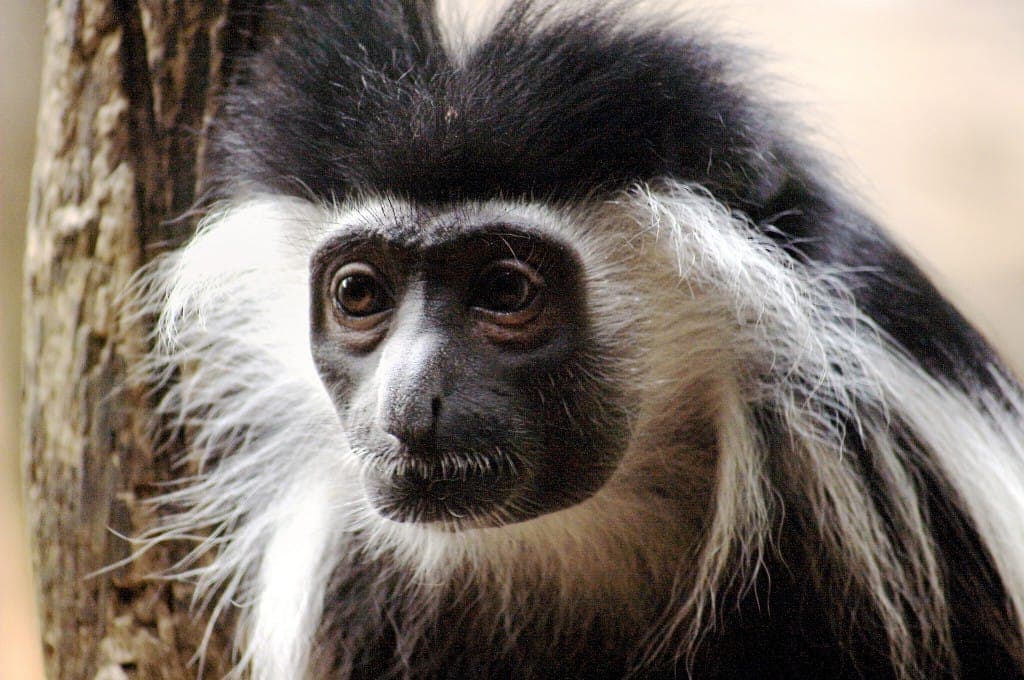 They were eye-grabbing headlines. “Vegetarians Have Better Sex Lives!” “Boost Sex with a Vegan Diet!”

You get the picture. There was even a video, a video too silly to call sexy. I’ll post it at the end of this so you don’t watch it first and decide that vegans really are wack. I’ll just say, if you enjoy phallic vegetable references, this video is for you.

The study that helped fuel this PR fire was published in the journal Hormones and Behavior. It followed a group of colobus monkeys in Uganda, who went about their business while researchers recorded what they ate, what they did, and what was in their, um, “droppings.”

These monkeys had access to a leaf called Milettia dura that contains lots of phyto-estrogens, the same plant chemicals that are present in soy, flax, and a number of other foods. The monkeys that ate the most of this leaf, with its weak estrogenic activity, had the most chases, fights, and sex, and groomed themselves less.

Quite an image, isn’t it, unkempt monkeys, their hair askew, fighting and mating like the football team on Spring break. Of course, they are wild animals, so their business actually is to fight and mate. Analysis of their poop showed that they had higher levels of estradiol, the ‘sex hormone” and of cortisol, the stress hormone.

Now, this is a group of wild monkeys eating leaves, so it’s hard to say there is a correlation between this and human guys eating tofu. Really. I’m going to go out on a limb (oops, monkey pun) and say that this is not really about vegetarians and sex. For one thing, all the monkeys are vegan, so it’s not like comparing vegan dudes to meat eating ones.

What’s more, the whole estrogens in soy thing has gotten blown way out of proportion. From everything I have read, the incredibly weak plant estrogens in soy have a protective effect in male and female humans, but when people hear that there is estrogen in there, well, you know how that has gone. We’ve been hearing for the last 10 years or so that soy makes men girlish, makes them grow breasts, and turns girls into boys, all based on unproven theories about plant estrogens. So let’s not get carried away.

Now, in truth, vegans do enjoy many healthy benefits from eating plant based. Lower body weight, lower risks of diabetes, high blood pressure, even cancer. A more credible theory about the benefits of going veg on your sex life is that the less clogged your arteries are, the better your sexual equipment can function. That and really, being healthy and relatively energetic only helps, right? From the ads I see on TV, it seems like most of America must need or want viagra, and that can’t be because they are all in great shape. Large numbers of Americans are on blood pressure meds, cholesterol meds, and other pills that are notoriously bad for libido.

So, go vegan to be sexy, because healthy is sexy, compassionate is sexy, and feeling good is one of the most attractive qualities we can have.

Oh, and that silly video link is below:

You may never look at carrots the same way again.