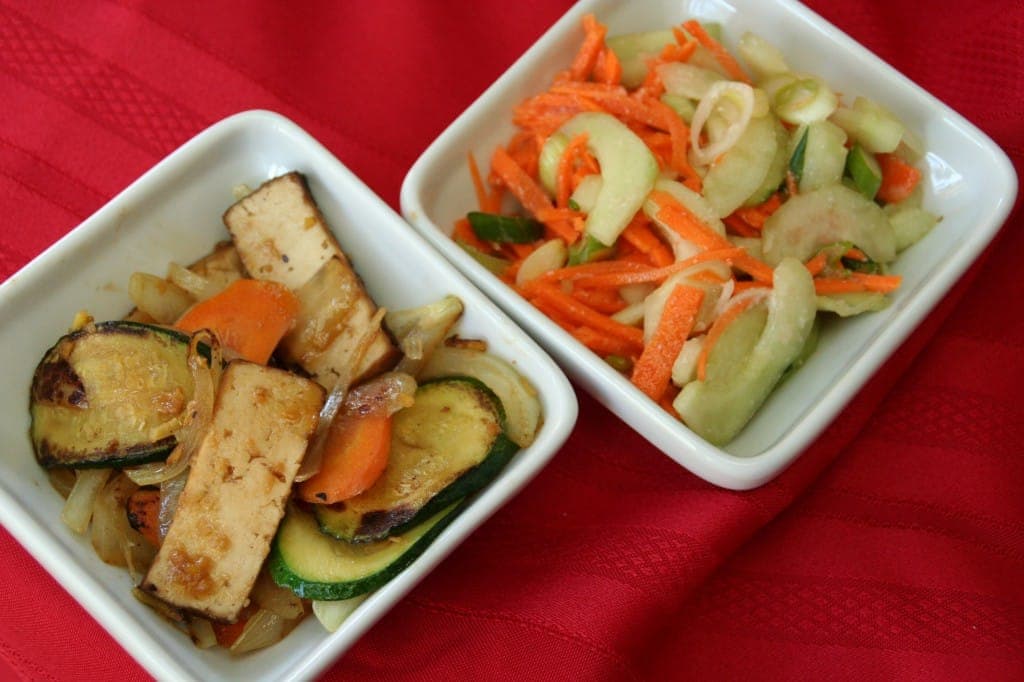 Sounds like a grand claim, doesn’t it. I’m going out on a limb, predicting that once chefs and trend setters get their hands on this hard-to-find ingredient, they are going to be slapping it on everything. Remember when wasabi and edamame were unheard of, then they were in sushi bars, then they were on edgy, fusion-y menus, and now they are in every supermarket across the country?

Well, I predict that an unassuming looking little packet of something called “Kouji” is eventually going to follow that trajectory.

You see, I recently had lunch with my old friend Yukari Sakamoto, just back from Tokyo, and she gave me these packets of mysterious stuff. Labeled in Japanese, they had little screw tops, and one was white and lumpy, the other brown and chunky. She said, “You know koji, right?”

It may help to know that Yukari Sakamoto is the author of Food Sake Tokyo, and she blogs about her adventures in food here. She is also an expert on Sake and Sochu, and knows Japanese food intimately.

Of course, I did know that there is a koji culture that is used to make miso, sake, amasake, and other fermented foods. I’d always seen it as dried, chalky looking white rice, which was used almost like yogurt culture. DIY folks bought it at natural foods stores to make various Japanese “soul food” and macrobiotic stuff. So I said, “Yes, I know koji.”

So she handed them to me, and said, “Just mix it into stir-fry, coat some vegetables with it, use it like salt.” 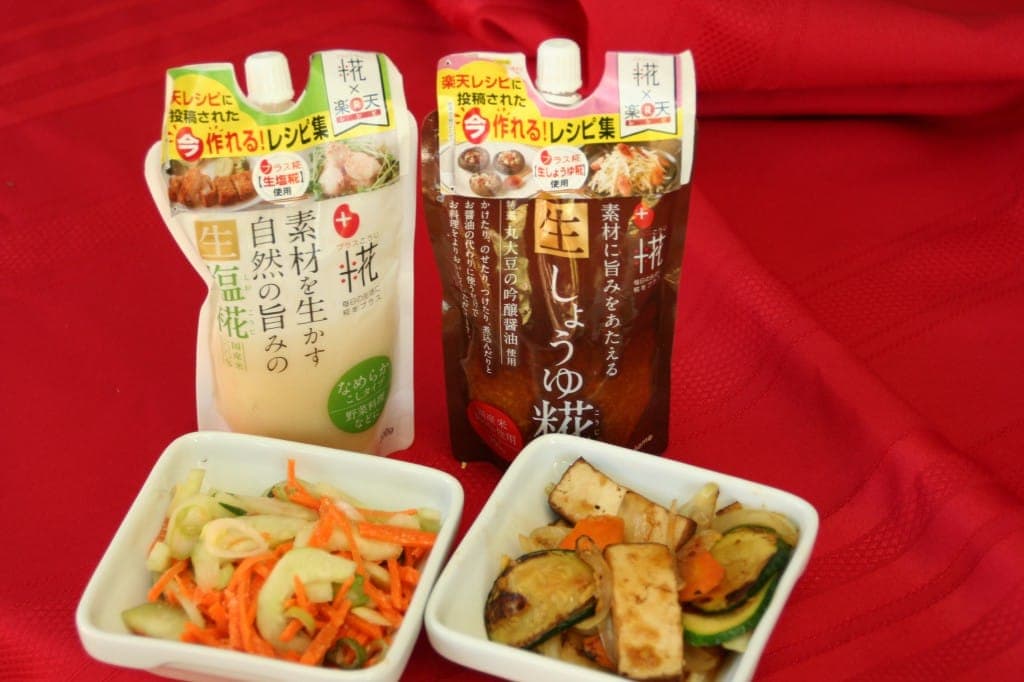 I stuffed it into my bag and got back to catching up and enjoying lunch with a beautiful family.

So it was later that I finally took a close look at these mysterious little bags. I googled it, and then I sent her an email. I needed a little bit more guidance.

I asked, “So I knew that koji was a culture used to ferment rice and soy, I didn’t realize it was a condiment. Would it be good in a braise?”

” It is used not as a condiment as much as it is as an ingredient. I use it instead of salt in soups, salad dressings, or for a marinade like with fish before grilling. It does not need to be wiped off.
Also, The way I use it the most is to make quick pickles. Anything that you can eat raw, like cucumbers, carrots, cabbage, daikon, celery, etc. just cut into small pieces, and marinate for about ten minutes. Only a tiny amount is needed, like 1 part Koji to 10 parts raw vegetables.
I also like to stirfry vegetables in oil and then lightly season with Koji. You could mix it with some soft cheese to make a dip.”
Aha!
As I attempted to read the translation of the product page at the website, one thing became clear. The valued component in the fermented rice is the enzymes. That’s why it’s seen as such a great marinade for fish and meat-the enzymes break into the proteins and bring out flavor. The same enzymes will soften the vegetables for a pickle, more quickly and with less sodium than a handful of salt. But the big bonus is the umami.
The two packages in the photo are salt-koji, the white one, and soy-koji, which has soy sauce added. There is also a sweet koji out there. The enzymes in the koji will break down starches into sugars, and it creates glutamic acids, that give foods a meaty, rich taste.
So, I took Yukari’s advice and made these tasty, super simple dishes to try the koji. I tasted the kojis alone, and the salt koji tasted a little like mild, sweet miso with mirin or sake overtones. The soy koji was more like a loose dark miso, with more sweetness and the same mirin scents . But once they were on the food, they were subtle and interesting.
As Yukari put it:
“It is very popular in Japan. We make it from scratch, but these small packs are convenient and easy to use. You know that Japanese have a love for both fermented products like miso, soy sauce, sake, vinegar, and mirin. And, Koji is used in making all of these.”
Cucumber Salad with Koji
So, for my cucumber salad, I just sliced cucumber, finely julienned carrots, and slivered a green onion, then tossed it with a couple of teaspoons of salt koji. In ten minutes, it was soft and tasty. I liked that it was nicely pickled without adding salt or sugar, just drawing out the vegetables flavors with the rice enzymes.
For the stir fry, I sliced some onions, extra firm tofu, carrot and zucchini and seared it over high heat with some ginger. Then I added the soy koji to taste. It tasted meatier than just soy sauce, and gave alot of bang for the buck, for so few ingredients.
So, just you wait.
Koji. You’ll be seeing it soon.