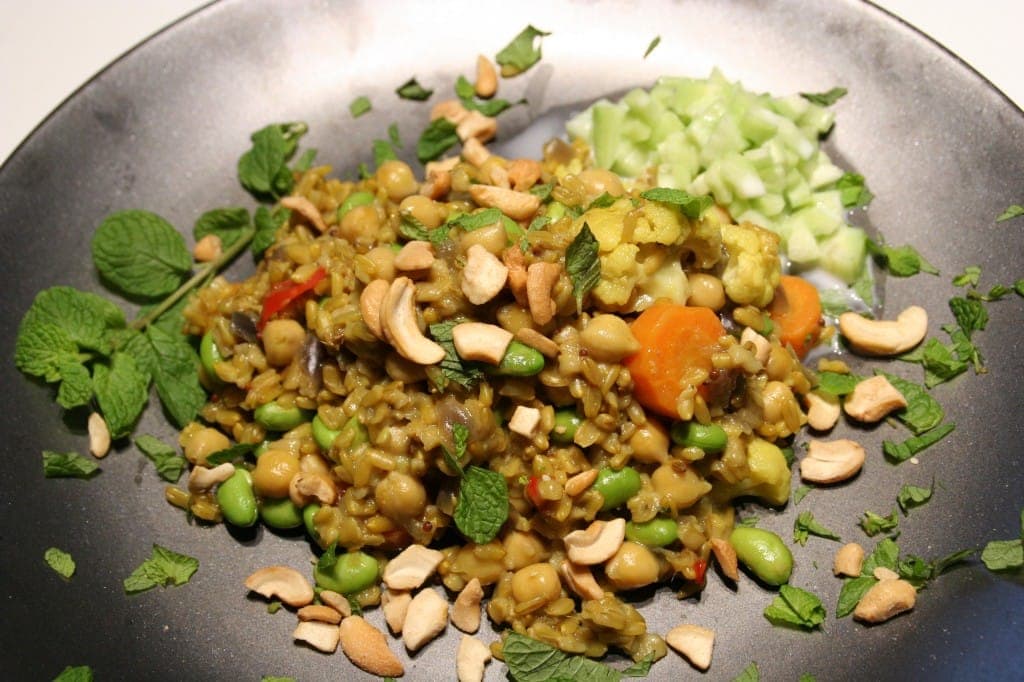 When I teach about whole grains, I often find that there are many whole grains that people have never even seen or heard of. While that is understandable when it comes to exotica like Fonio, an African grain that isn’t sold in stores here. But it’s just kind of odd that we all eat oats, but nobody has ever seen a real whole oat groat.

The oat plant doesn’t grow rounded flat oatmeal-seeds, just perfect for putting in cookies. Those are rolled in a machine, from a whole oat groat.

Just to be clear, all grains, like wheat berries, brown rice, and quinoa, can be rolled. But somewhere along the line, we decided that we wanted rolled oats, and that became the way we see them. Yes, steel cut oats are growing in popularity, too. They are whole oats, chopped into pieces for quicker cooking.

So we never see the whole oat, and on the flip side, you don’t see rolled rice or wheat in every grocery store, either. Why? Well, oats are uniquely sweet and have a little bit more oil than many other grains, both of which make them vulnerable to spoilage. So the process of steaming and flattening them kills an enzyme that would hasten their breakdown after harvest. The sweet, mild flavor of oats is what makes them so popular, with no branny flavors.

Which is why it’s such a shame that we aren’t in the habit of eating them whole. Oat groats cook up tender and sweet, with a chameleon-like ability to soak up flavors. Unlike wheat berries, which always hold on to some crunch, oat groats become fully tender, but don’t fall apart.

This makes them perfect for all kinds of savory dishes, where they are a delicious alternative to the rice in your pilaf or farro in your risotto. Or, as in the recipe below, a big, colorful Biryani. 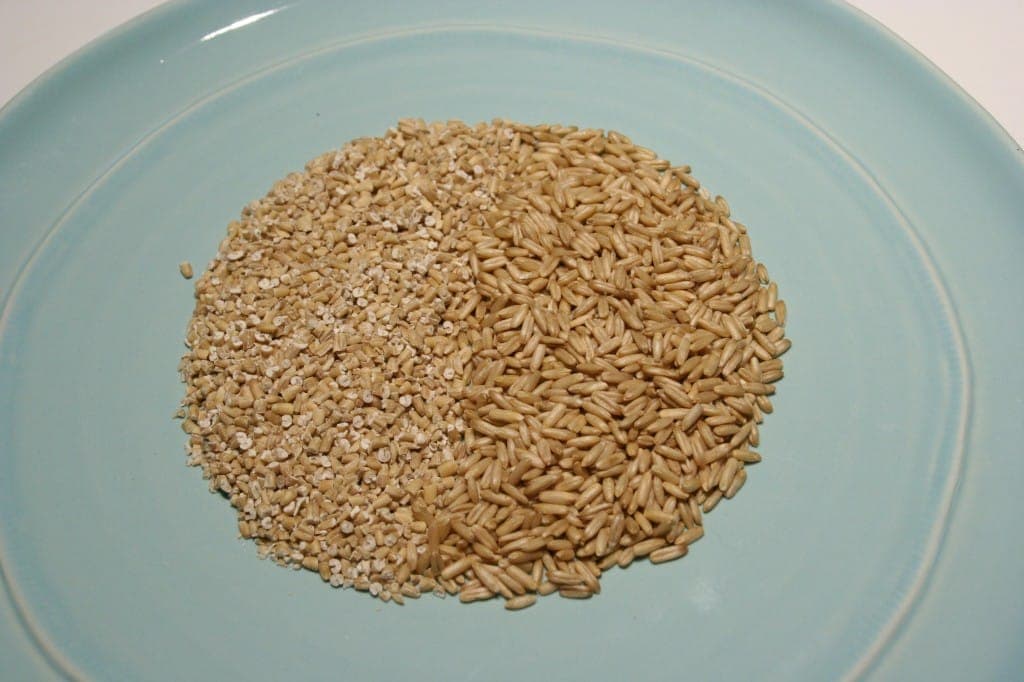 Steel Cut on the Left, Whole Groats on the Right

So why should you seek out these whole oats, and incorporate them into lunch and dinner, as well as breakfast? Well, oats are good food. We’ve all heard about their ability to lower bad LDL cholesterol. The fiber in oats, beta glucans, soaks up that cholesterol and takes it away. Beta glucans has now been found to be an immune booster, that is linked to reduced risk of cancer. Oats also contain over 20 unique polyphenols, potent antioxidants that prevent inflammation, and interestingly- itching.

Oats are also known to reduce your risk of Type 2 diabetes, high blood pressure, and obesity. All that good fiber fills you up, so you eat less, and oats are rated as one of the highest foods in satiety, because they keep you feeling full longer than the same amount of calories of other foods. They are also pretty high in protein for a grain, and have the kinds of fiber that nourish a healthy population of good bacteria in your digestive tract.

For the gluten-avoiders, whole oat groats are usually gluten-free. Look for the gluten-free label, which will mean that the groats were processed and packed in a facility that doesn’t process gluten-containing grains. There are a few people who cross-react to the proteins in oats as if they were gluten, but most experts agree that GF oats are safe.

So if you are going to cook rice for a curry or stir fry, or throw some barley in a soup, or cook some orzo for a pasta salad, think about using whole oats for a fun change.

Oat Groat and Veggie Biryani with Chickpeas and Cashews

In a 6 quart pan, heat the canola oil and saute the red onions over medium high heat. When soft, add ginger, turmeric, garlic, red chile, cumin, mustard, cinnamon stick and bay. Cook, stirring, until the spices are fragrant and the chile is softened. Add the water and groats, bring to a boil and then reduce the heat to low and cover. Cook for 30 minutes.
Uncover, stir, and add the cauliflower, carrots, garbanzos, edamame or  peas, coconut milk and lemon. Cover and cook for 10 minutes more. Uncover and test the oats, they should be tender. If there is liquid in the pot, simmer, uncovered, to reduce to a thick sauce. Serve topped with mint and cashews.