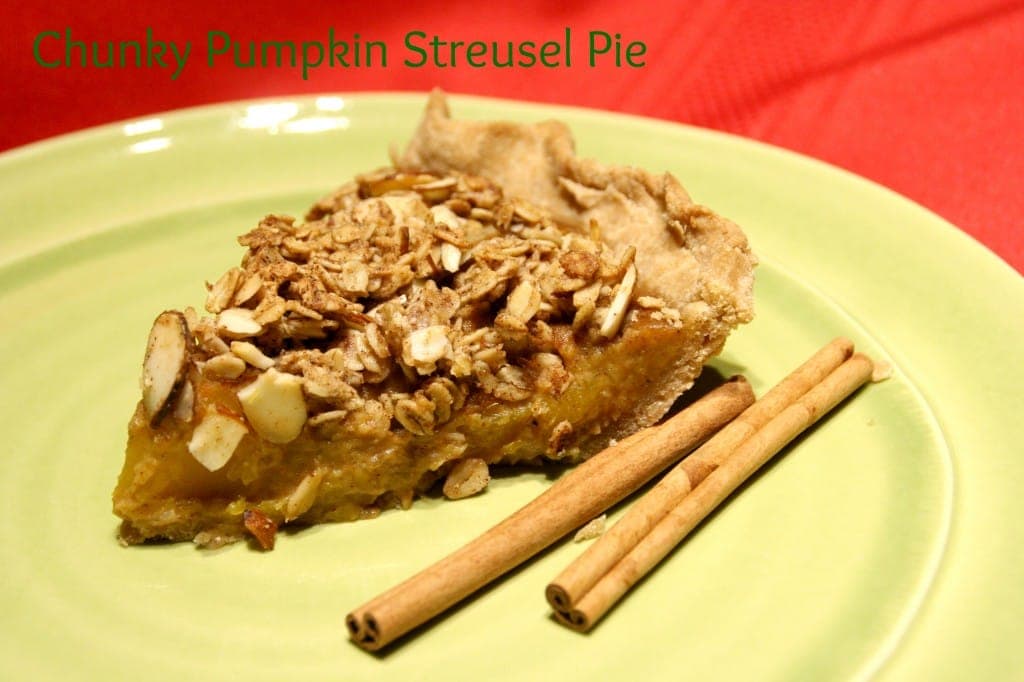 November is underway, and it’s time to start planning that big Thanksgiving menu. This is the fun part,when you can spend hours mentally rolling through a list of your most beloved holiday dishes. It’s easy to come up with far more must-have dishes than you can possibly make, much less consume. Then comes the process of cutting the list down to the essentials.

Thanksgiving is all about the feast, and it’s an opportunity to roll out your favorite Fall flavors. How many starchy side dishes can we fit on the table, with mashed potatoes, candied yams, macaroni and cheese, cornbread, rolls, bread stuffing, and wild rice pilaf? Which pie can possibly be the one, when we absolutely have to have pumpkin, apple, pecan and sweet potato, and a pumpkin roll cake and gingerbread and…

And on it goes.

I’m lucky enough to get to be a guest at a Thanksgiving dinner, which means I get to bring some sides. The hostess is making and serving a turkey, mashed potatoes and pies. So I can rock out on the veg sides that will serve as mains for the vegetarians in the room.

I actually teach a class on these at cooks of crocus hill in December, if you live in the Minneapolis Area, link here. I’ve been a meatless guest for so many years, I’ve been working on dishes that I will enjoy as a meatless main, while the omnivores can dig into them as really great sides.

If you need a few recipes, I have several great holiday recipes here on the blog, including my tasty not-turkey recipe from the book Big Vegan.

But back to Thanksgiving. I won’t be making pie for the meal, which could mean no leftover pie the next day. That just won’t do. I need my morning pumpkin pie fix.

Don’t worry, though, I got started early with this recipe for a pie made from fresh, real pumpkin and all clean foods. So I peeled and chopped a pie pumpkin. You could do this with a kabocha squash, too. I wanted to make a pumpkin pie with no tofu or filler, just sweet pumpkin and some almond butter for flavor. Lots of spice, and a crunchy crumble topping.

It’s not too sweet, if you want it to be closer to typical pie sweetness, add 1/4 to 1/2 cup brown sugar to the filling, and a couple tablespoons to the topping. It would be great with a whipped coconut milk topping, or some vanilla ice cream.

So, for those of you looking for a new, plant-based pie for the holiday, this could be a contender. I’ll keep making my epic menu lists.

Because its just as fun imagining the meal as it will be to eat it! 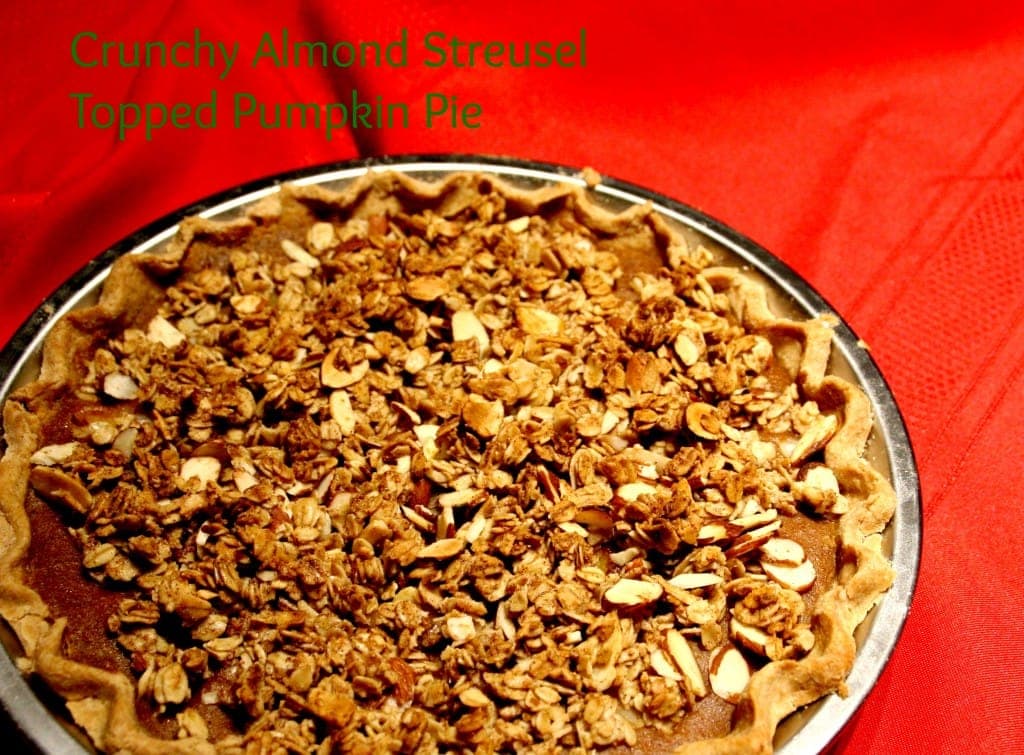 First, braise the pumpkin cubes. In a large skillet, heat the oil and add the pumpkin, stir to coat with oil and lightly brown. Add the apple juice and cover, reduce to medium so that the apple juice steams. Keep covered for about 5 minutes, then pierce with a paring knife. When tender, take off the heat and let cool.
Make the Crust: In a large bowl, mix the flour and salt. Drop in the coconut oil and use a fork to break the oil into chunks throughout the flour. Quickly stir in the water, a tablespoon at a time, use your hands to gather into a bowl. If you need a little more to help make a dough, sprinkle it in.
Flour the counter and roll out the dough, fit it in a 9-inch deep pie pan, and flute. Chill the crust.
Preheat the oven to 400 F.
In a food processor, place 3 cups of the pumpkin and puree, reserving the remaining cup of pumpkin pieces. Add the almond butter, maple syrup, arrowroot, spices and vanilla and puree. Let stand while you make the topping.
In a medium bowl, combine the oats, flour, salt and cinnamon, and mix. Add the coconut oil and maple syrup and stir to mix. Add the almonds and mix.
Take the chilled crust out of the refrigerator, and scrape the pumpkin puree into the crust. Sprinkle the pumpkin chunks over the puree and tap down. Sprinkle the oat mixture over the pumpkin evenly.
Bake for 45-50 minutes, until the topping is golden brown and the filling is puffed around the edges. Cool and chill for the neatest slices.