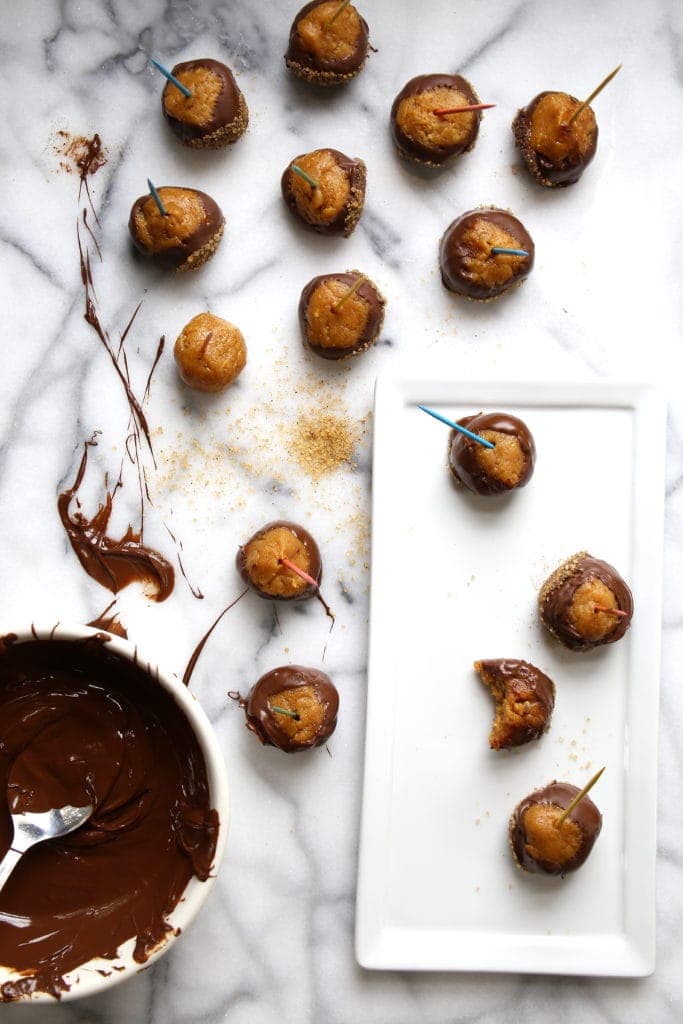 T’is the season for pumpkin spice to invade our every waking moment. The Grinch in me used to hate this phenomenon. In fact, I only recently tried a Pumpkin Spice Latte at the coffee shop. That’s because I have one hard and fast rule when it comes to food.

All foods that claim to be “pumpkin spice” must contain real pumpkin and real spice.

It’s that simple. Same thing with any other flavor. Flavored coffees fill me with a specific and irrational anger. Maybe it’s because my confused brain tries to figure out why a deformed, counterfeit flavor that kind of reminds me of something good is wrecking a decent cup of joe.

So, long after the endless procession of pumpkin spice enhanced foods jumped the shark and entered joke territory, I finally relented. I do love pumpkin pie, and a few of the pumpkin spice offerings have turned out to be ok, if made with real pumpkin, real spice, and about 150% fewer fake ingredients.

So decided to make an old recipe from my youth. We lived for a few years in Akron, Ohio, where I was introduced to the peanut butter buckeye. Buckeyes are peanut butter balls dipped in chocolate, and it’s important to leave a circle of peanut butter bare, so they resemble the buckeye. And I learned in grade school that the buckeye is the official tree of Ohio.

Akron is named for the latin word Akros, which means high ground. I also learned that in grade school, and for some reason I remember it more readily than most of my internet passwords. But I digress.

So, I thought I would try making buckeyes with some actual pumpkin and actual spice, and they turned out pretty delicious. 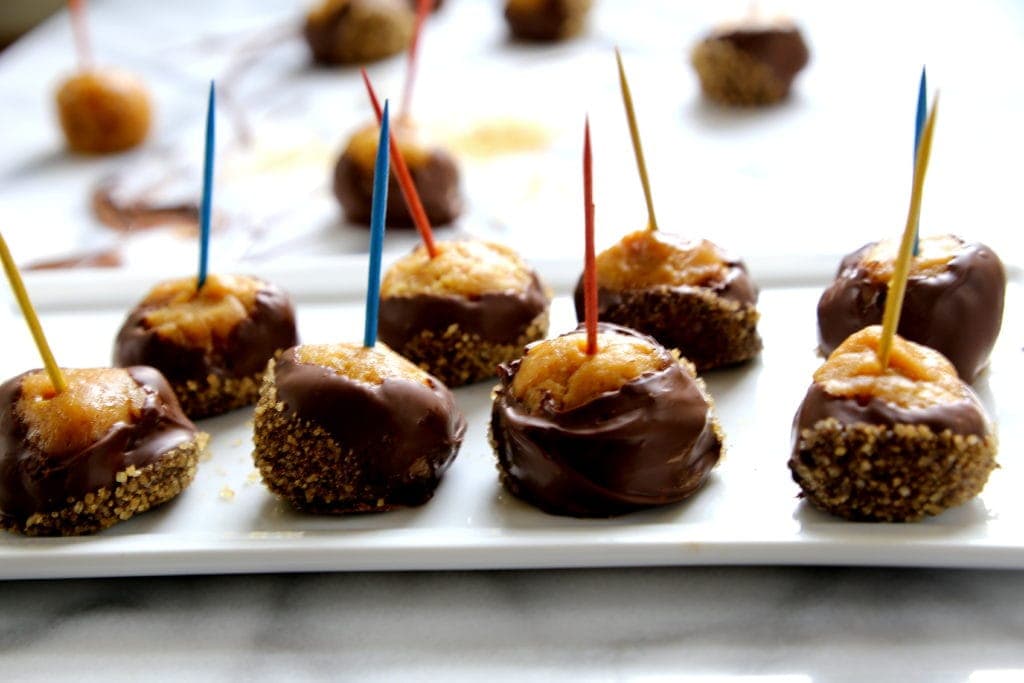 The buckeyes that I fell in love with were made by one of my Dad’s professor friends, a sculptor who was also the first real live vegetarian I had ever met. He kept them in the freezer year ’round, and made them really big. It was fine for them to be a little messy-looking, since they were just for family and friends. I have fond, sugar-tinged memories of babysitting at his house, watching Carol Burnett while decimating his buckeye reserve.

Perhaps to save his stash, he told me his recipe, which included the powdered milk that I used here. It’s not something you see in most buckeye recipes, so maybe it was an attempt to make them a little healthier. Vegetarians then, as now, were always being advised to get more protein. 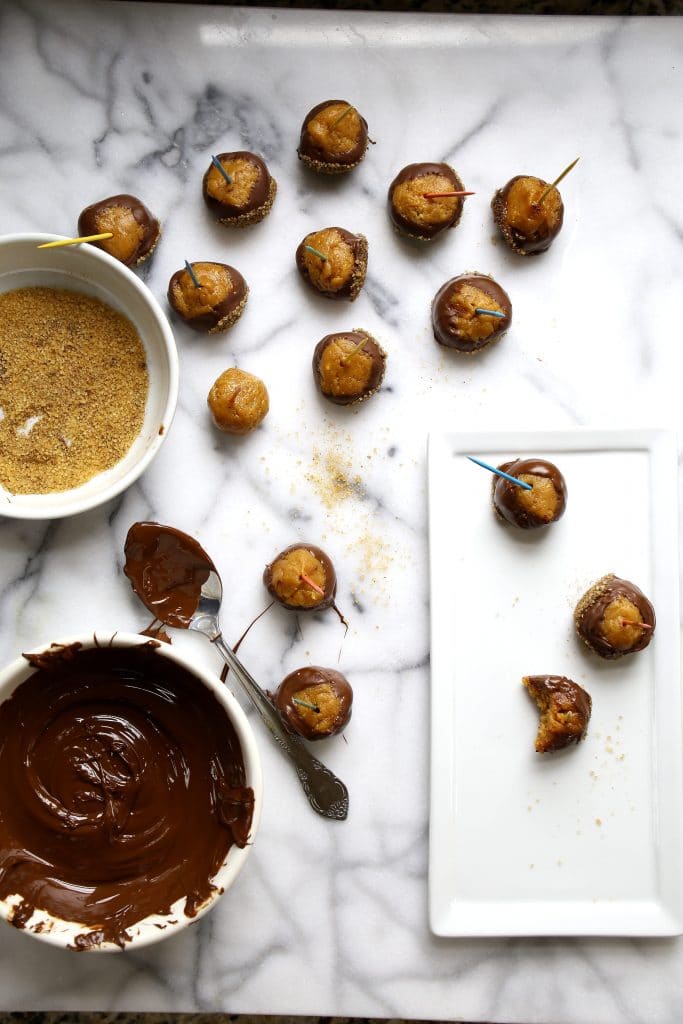 These peanut buttery little treats are a perfect Halloween candy. Put them out for anybody who stops by this season, and get in on the pumpkin-spice phenomenon without a bunch of weird colors and flavorings.

Just keep it real, and have a happy Halloween!

In a large bowl, mash the peanut butter and pumpkin until smooth. Dump in the powdered sugar and powdered milk or protein powder.
In a small bowl, combine the spices and stir, and put half in the bowl with the peanut butter mixture. Stir the powdered sugar, milk and spices on top of the peanut butter until well-combined, then stir into the peanut butter underneath.
Use a 1 tablespoon-sized scoop to make balls of the mixture, dropping them on a parchment-lined sheet pan, then chill. Roll between your palms to make smooth. Freeze.
Combine the remaining spice mixture with the Turbinado sugar in a cup. Mix. Melt the chocolate, and stab each frozen ball with a toothpick, then dip, and dip one side in the spice mixture, and replace on the parchment or another cool surface, like a marble board. Repeat until all the buckeyes are dipped. Keep refrigerated until serving time.