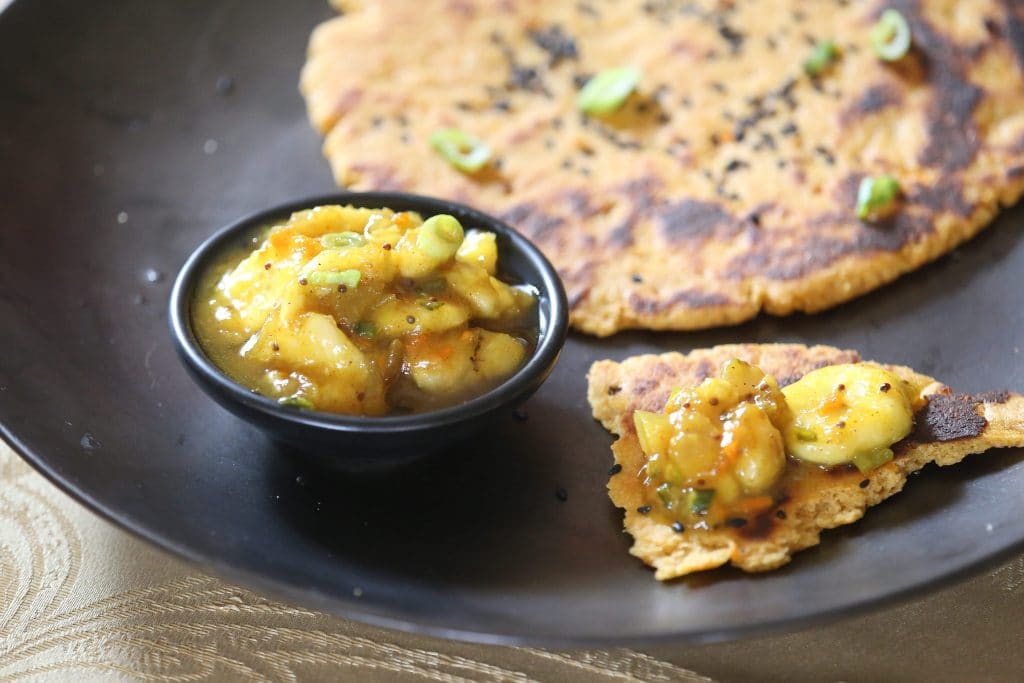 The ever-evolving tradition of bringing a basket of breads to the table at restaurants is often a quandary. The reason you are there is because you are hungry, so it’s very easy to dig into a basket of warm rolls and ruin your appetite. On the other hand, the breads offered are often so mediocre that it’s easy to say no. Not so with my Kamut-Chickpea Naan with Banana Chutney. It’s made with freshly ground whole grains, for even more appeal.

Because the bread basket that I can’t pass up is the one at the Indian restaurant. Hot naan, paratha, poori, and kulcha are just too intoxicating for me to save my precious appetite. It’s a good thing curries make good leftovers, because I blow it on the breads every time.

So for a treat, sometimes I make naan at home. It’s so easy to use my Vitamix to make freshly ground whole grain flours, and then show off their flavor in a simple flatbread. It’s a bit of work to roll them out and griddle them, so I serve a simple chickpea curry or even dal alongside and call it a meal. The banana chutney is exciting enough to entice you to fill up on naan, I promise you. 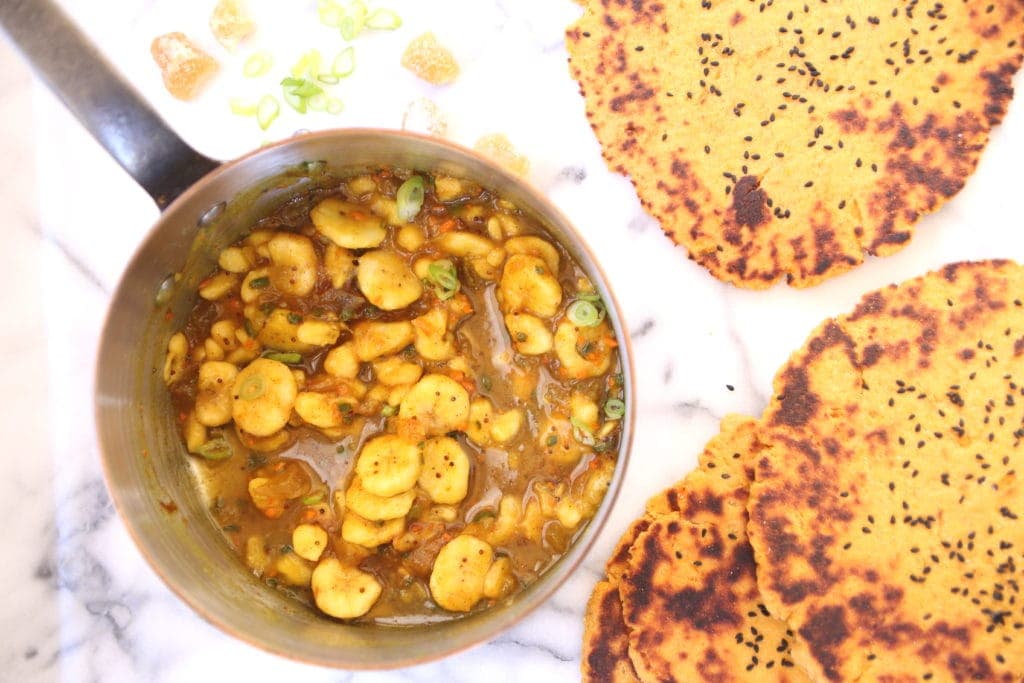 A Riot of Flavor!

Whole grain naan are usually made with a special whole wheat flour called atta. It’s a finely ground, lower-gluten whole grain flour, also used for chapati. I’m so smitten with my freshly ground kamut flour that I wanted to buzz up some for this. Kamut is lower in gluten than hard wheat, but higher than soft pastry wheat. A cup of chickpea flour adds a protein boost and cuts the amount of gluten in the mix overall. Sweet potato gives the breads some sweetness, and a lovely orange tint.

They are not as fluffy and stretchy as the white flour naan at my favorite restaurant, but they more than make up for it with fresh whole grain flavor. 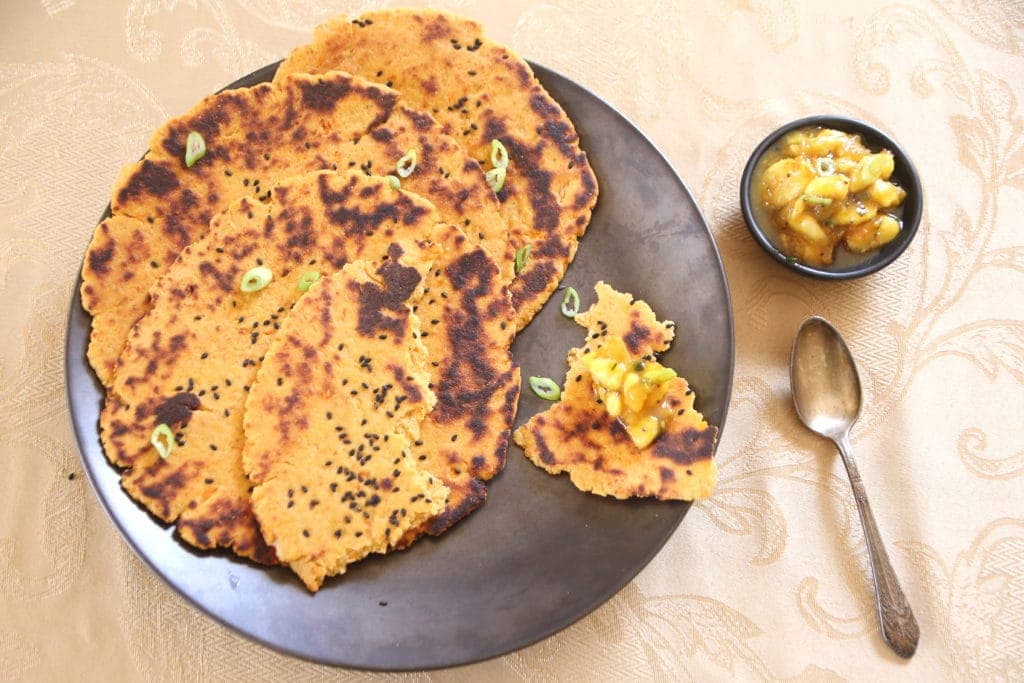 The banana chutney is a riff on a more traditional one. I added crystallized ginger for a sweet and peppery kick, as well as the many magical things that ginger does for my body. Ginger is warming, aids in digestion, and boosts your immune system, so the fact that it tastes great only makes me love it more. Of course, I had to put fresh turmeric in, for even more color, flavor and anti-inflammatory punch. 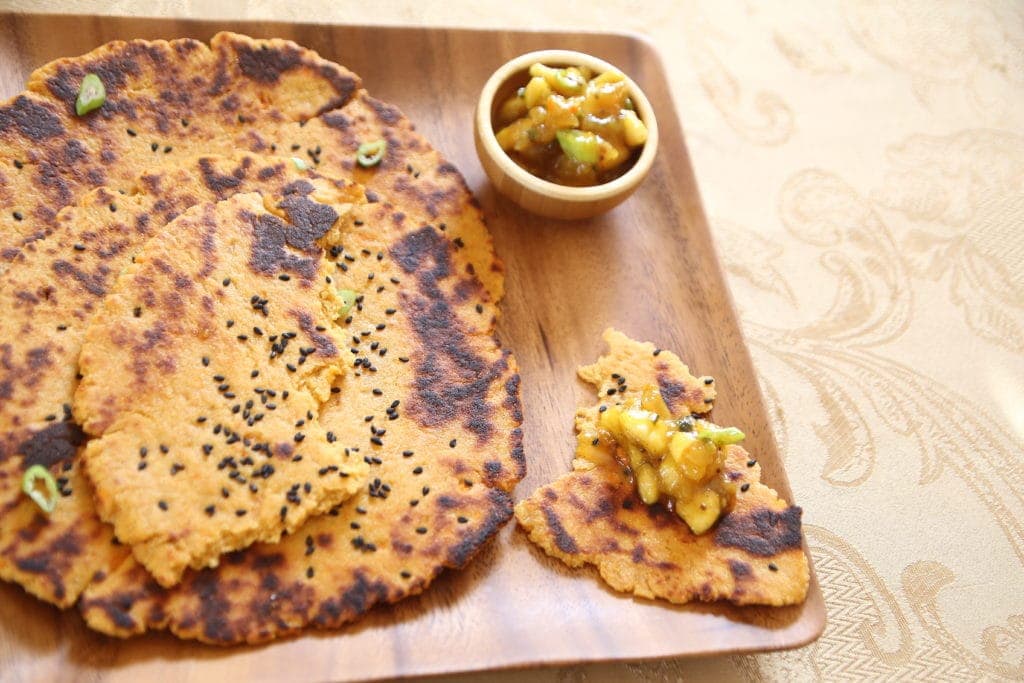 Griddling the breads requires a heavy griddle or cast iron skillet. I happen to have a fantastic cast iron pizza pan from Lodge and I used that, slicked with a little coconut oil. 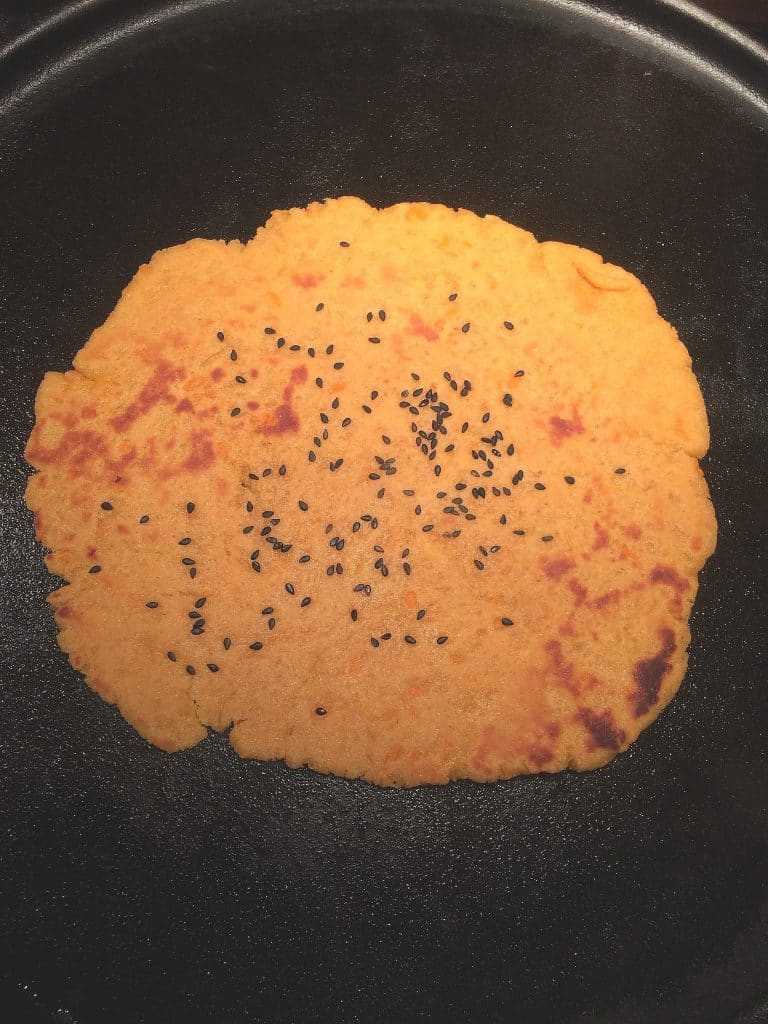 After the first flip, on the Lodge Cast Iron Pan

You can also use whole wheat flour for these, just start with 2 1/2 cups of flour and adjust with more flour or more water, the dough should be soft enough to handle easily. 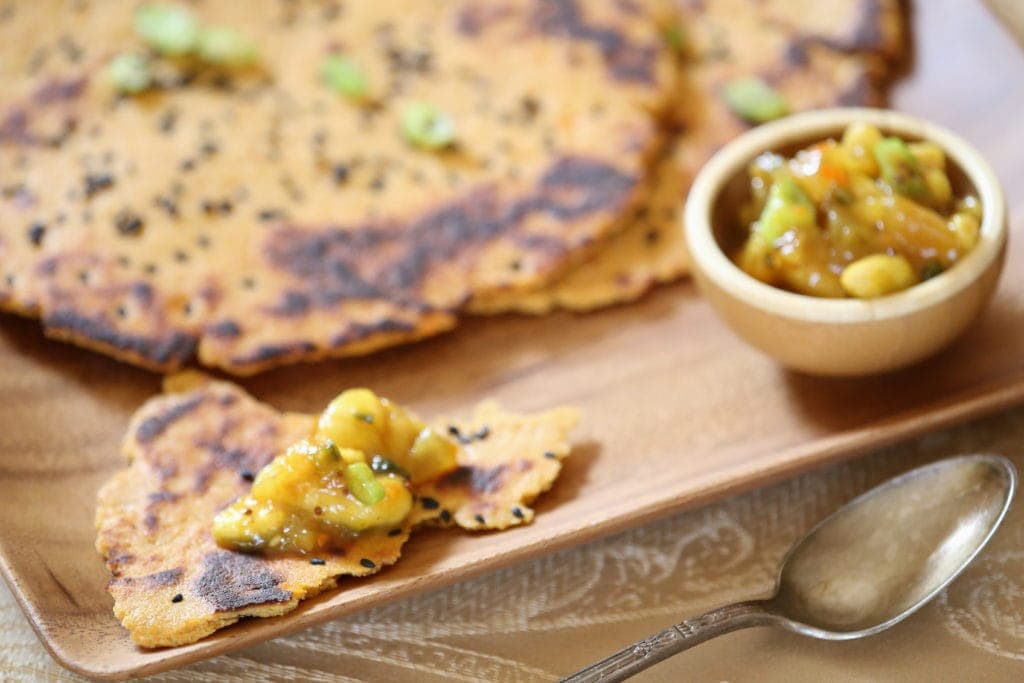 For a bread basket that you won’t feel guilty about devouring, make these tasty whole grain naan. With the banana chutney on top, it’s like having a party in your mouth. 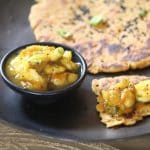 Freshly griddled whole grain flatbreads are a treat, and with this sweet and spicy banana chutney, they are a spectacular appetizer or side dish.
Servings 4
Author Robin Asbell