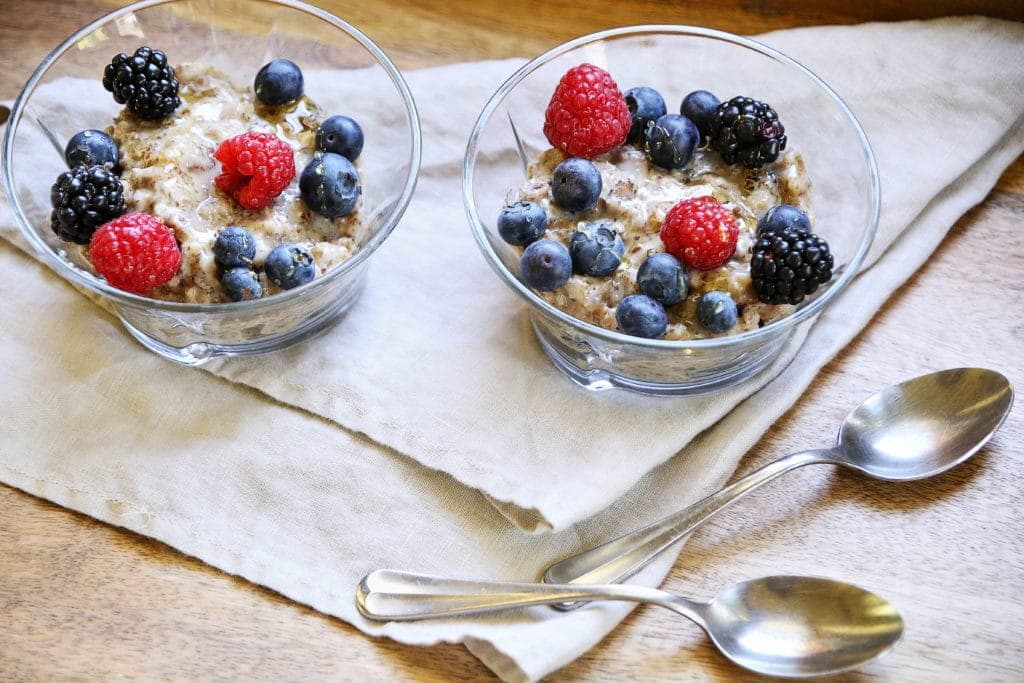 Purple Tibetan Barley Pudding with Berries and a Drizzle of Honey

Barley doesn’t get much play these days. This ancient grain was once the staff of life in some parts of the world. Analysis of archaeological sites in the Fertile Crescent find genetic evidence of it being domesticated and cultivated there 10,000 years ago. Barley is mentioned in the bible, and the ancient Egyptians made it into flatbreads. Roman Gladiators were fueled by barley, and the empire marched on with their barley in tow. The Tibetans took barley and made it their most iconic food, and to this day, eat barley Tsampa on a daily basis.

Now, well, you might have it in soup now and again. You probably don’t even think about the barley in your beer. That’s because wheat became the preferred grain, thanks to the higher gluten content made it better for bread making.

It’s time that we learn to enjoy barley in more than just soup. Like this Purple Tibetan Barley Pudding.

Our seeming indifference toward barley should be changing, if the Oregon State University Barleyworld project has its way. They sent me some amazing barley from the farms that are working with them to grow barley that is tastier and better than ever. With the help of some dedicated breeders and chemists, the program intends to make #barleyalwaysgreatagain.

A product I have been hoping would take off in a big way is rolled barley. Everyone is familiar with rolled oats, which have the health benefit of reducing cholesterol. Well, when you roll barley, you get the same kind of easy to use, tasty flakes. And barley actually has more of the beta-glucans fiber that helps take cholesterol out of the body. So rolled barley is even more heart-healthy that rolled oats, and you can use it in your favorite cookies, bars, porridges and everything else. 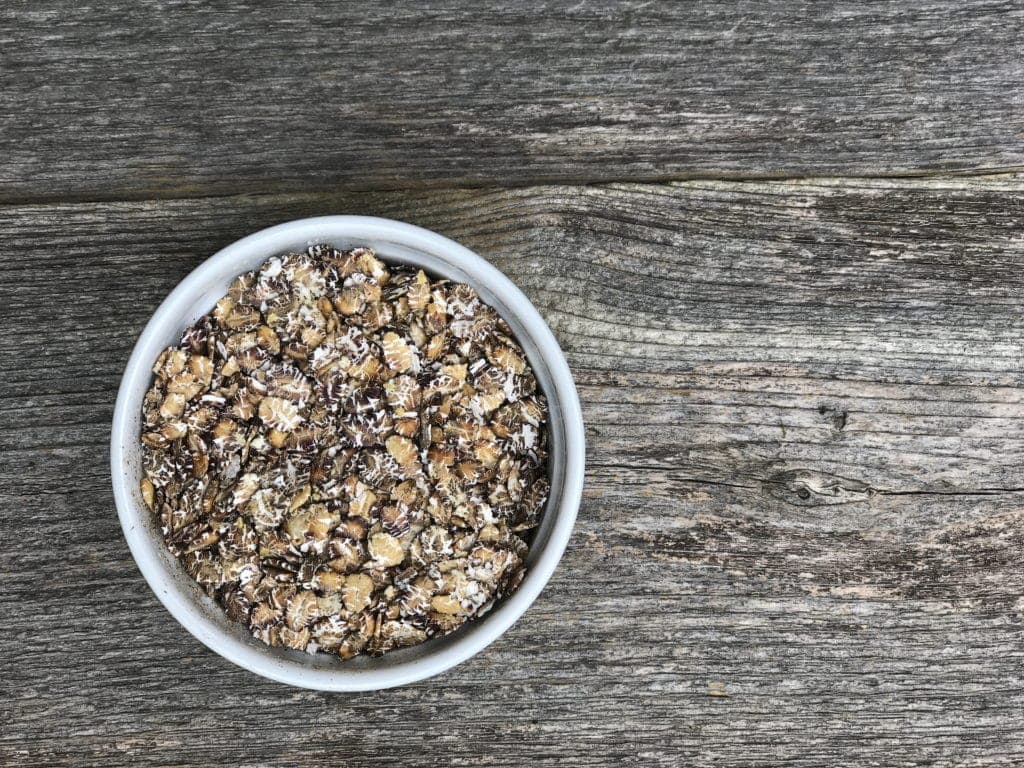 Purple Tibetan Barley is an ancient grain, and used for making Tsampa in Tibet for centuries. I wrote about Tsampa here. Purple and blue barleys are gorgeous, and their bran layers are packed with antioxidant pigments. Purple is a sign of anthocyanins, the same purple pigments that make blueberries the darlings of the antioxidant-rich superfood lists.

All whole barleys are high in calcium, potassium, Iron, and skin protecting selenium. If you want just one reason to seek out this heart protective, pre-biotic grain, think of how great it is for your skin. Go ahead and be shallow, the anthocyanins prevent premature aging at a cellular level. It will take care of your whole body anyway. 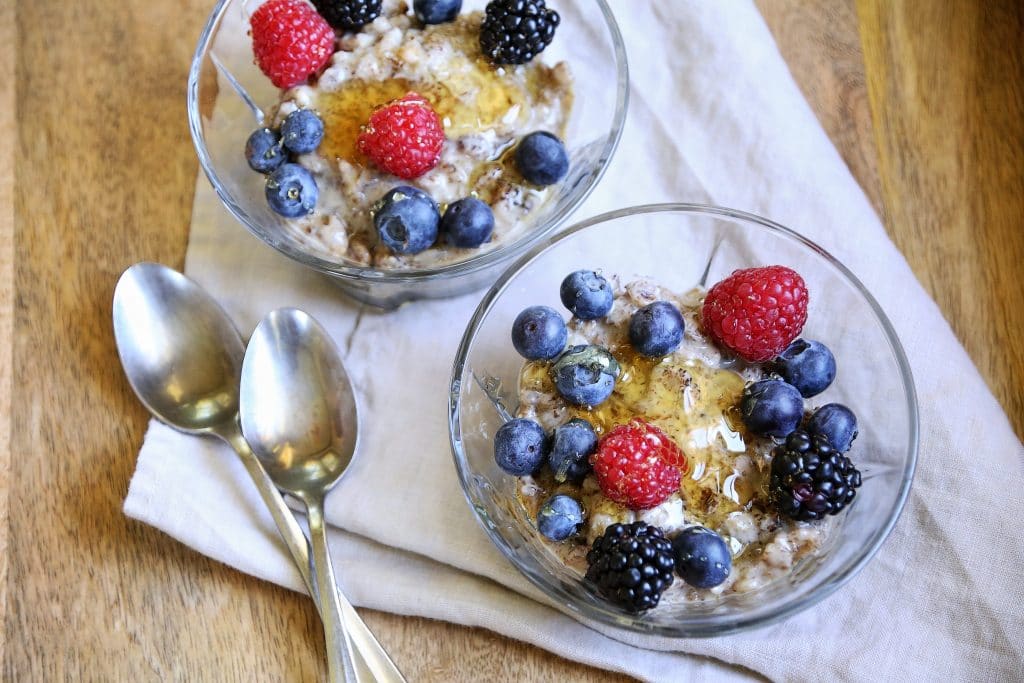 Purple pigments in the barley and the berries are extra antioxidants

So start seeing barley, and we can make #barleyalwaysgreatagain! 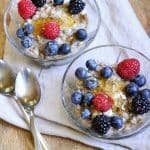 Show off a beautifully colored grain in a rich pudding, where it tints the milk and gives it a lovely chewiness. You can make this any time of year, just use the fruit that is best in the moment.
Course Dessert
Servings 4
Author Robin Asbell

Save Jump to Recipe