Finally, Soy is Found Not Guilty! 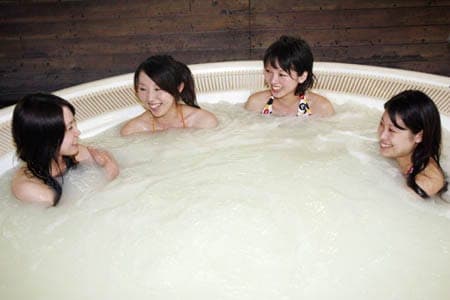 The story on soy and breast cancer seems to have come full circle. It began, hopefully enough, when researchers started to wonder, why do women in China and Japan have such low rates of breast cancer, as well as mild menopause symptoms and general good reproductive health? The 80’s and especially the 90’s saw intensive research and great promise for soy. We were all learning to say “phyto-estrogen” and eating soy just as we ate olive oil and drank wine for the benefits of the Mediterranean diet.

Phyto-estrogens are chemicals in the plant that mimic estrogen, but which are much weaker in their effect than the estrogens in the body. The body manufactures several kinds, some much stronger than others. Overall, the more, and stronger, estrogen a woman is exposed to in her lifetime, the higher her risk of cancer. Estrogens fuel breast cell turnover, and the stronger estrogens make it happen even faster. The theory was that the weak plant estrogens filled the estrogen receptors and kept the pace reasonable. They also might be blocking all the other estrogens, like the scary, super strong ones in plastic. We knew about those back then, before all the stink about BPA in water bottles, by the way.

Then some doctors started theorizing that the phyto estrogens in soy might actually fuel estrogen dependent breast cancer, and everybody freaked out. Nobody had any proof, but it sounded plausible. It didn’t matter that we still had decades of good information about those women in China and Japan. The anti-soy forces began a backlash against the miracle bean that included warning men that it would make them sterile, and their sons girlish if they didn’t eradicate soy from their diets.

Soy entered a dark era, filled with confusion. Consumers wondered if they should order the Ma-Po Doufu at their fave Szechuan place, and ordered something made with industrially raised chicken instead, boosting their intake of antibiotics and actual hormones.

So now we have a good, solid study that shows that a reasonable amount of soy actually decreases mortality in breast cancer survivors.

The study looked at more than 5,000 women in China who had undergone a mastectomy; they were followed for four years. The women who consumed the most soy protein (about 15 grams or more a day) had a 29 percent lower risk of dying and a 32 percent decreased risk of breast cancer recurrence compared to the women who consumed less than about 5 grams of soy protein a day, according to the study, which appears in the December 9 issue of the Journal of the American Medical Association. The National Cancer Institute and the U.S. Department of Defense’s Breast Cancer Research Program funded the study.

The researchers settled on a sweet spot, finding the most benefit at 11 grams of soy protein a day. Don’t get overly focused on the protein part- they got the protein by eating soy FOODS, like tofu and edamame. Real food, like edamame, tofu, tempeh, soymilk and miso contain all the other stuff that gets left behind when soy enters the industrial food factory. So don’t think that a protein fractionate that has been chemically processed and then spun into a weird bologna substitute is going to do it. Stay away from the factory foods, and just eat a serving or so of soy a day.

Soy is back baby.