Spread Purple Barley on a Smoothie Bowl for a Filling Breakfast 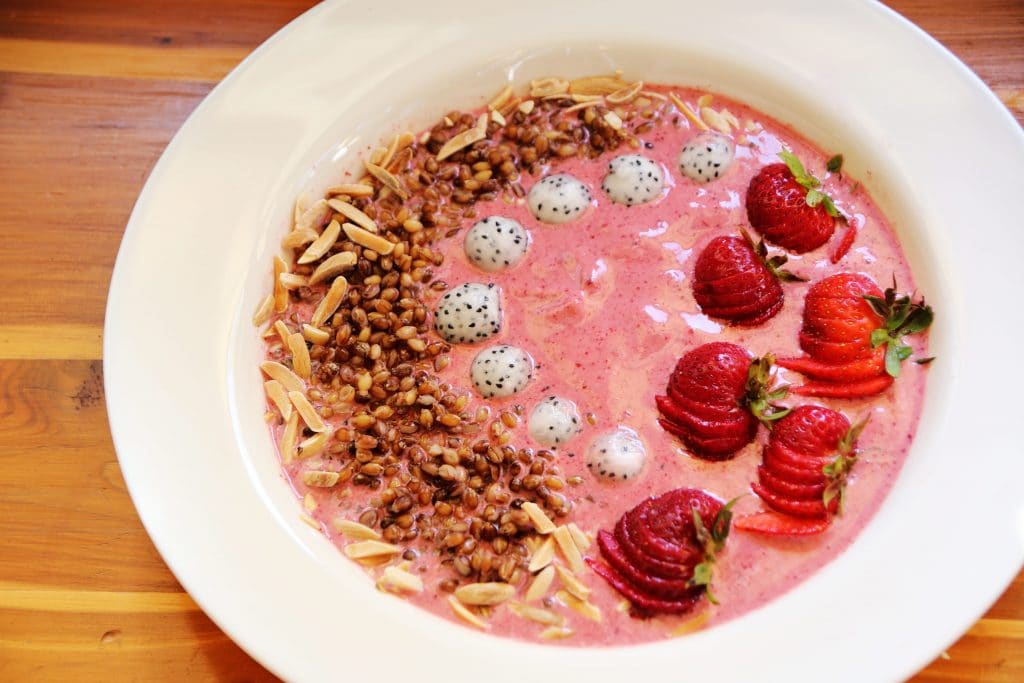 Purple Barley for a Post-Workout Powerhouse

There’s something special about the post-workout meal. You’ve really earned this one, and you are probably ravenous. So ravenous that you need a big bowlful of food, and pronto. But post-workout is also when you are still thinking about how great it was to feel strong and fit, and you want to eat something that supports all the goals you had while you were sweating it out. A smoothie bowl is a great solution, and may I suggest adding one food to it to make it even more satisfying?

That’s right, post-workout meals with barley are a step up from the usual protein shakes and smoothies. And I’ve found a colorful, nutty-tasting variety of barley that will make you forget about that boring barley you’ve had in soup.

I know I’ve been on a bit of a barley binge, of late, but hear me out. Whole barley has been shown to have several weight-loss supporting, blood sugar stabilizing, and cholesterol-lowering qualities. And above all, it keeps you full and happy longer than other foods.

Which is crucial when you have just reset your metabolism with some serious cardio. It’s too easy to spend the rest of the day grazing, because you didn’t have a filling enough meal, post-workout.

In 2010, Dutch researchers found that barley kept blood sugar stable after a meal, probably because the fiber was being gobbled up slowly by good bacteria in the gut, which is a good thing. (Link to study.)

That same slow digestion, caused by the presence of beta glucans fiber, has been shown to keep you full and satisfied longer than other carbohydrates. So you don’t chow down and then feel famished again in an hour. (Link to another study.) 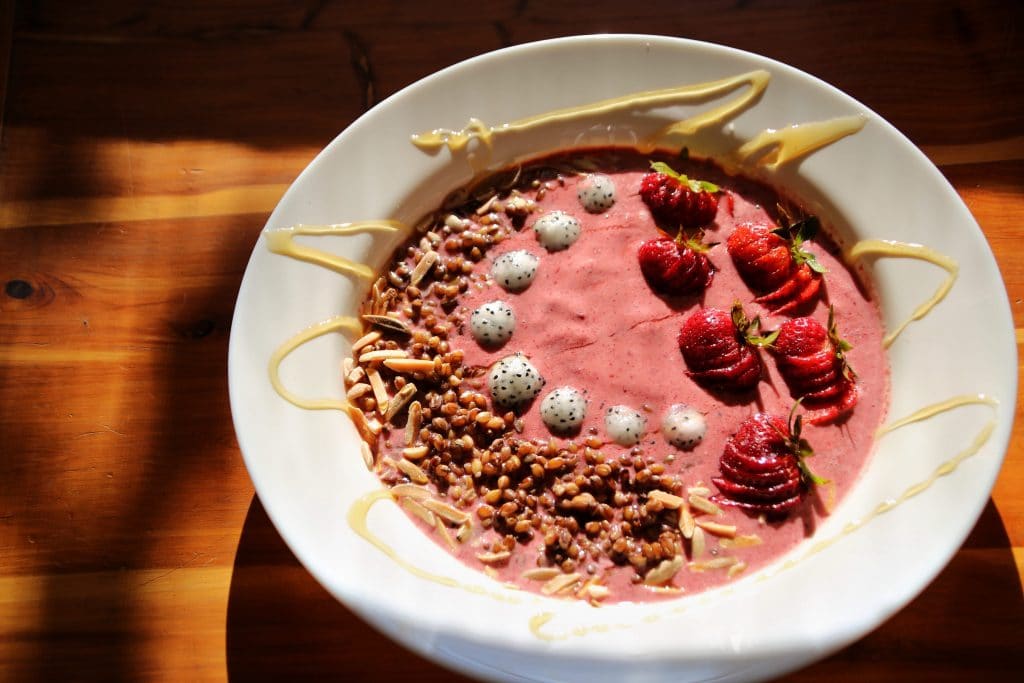 It’s important to make sure you are eating whole barley, not pearled barley. Pearled barley has had the bran layer scraped off, which takes away many of the minerals and much of the fiber. There’s still beta glucans fiber throughout the endosperm of the grain, so it’s better than white rice, but it’s so much better as a whole grain.

This purple barley is extra special. It’s a variety of Tibetan barley, grown for its flavor and color in the Pacific Northwest. You can buy it online, here. It’s also used to make Tibetan Tsampa, which I wrote about here.

You always hear that you should “eat the rainbow” to get a broad spectrum of healthy foods. Well, purple barley adds some color to your meal. The color purple in any food is a sign of potent antioxidants, which just add to the healthful aura of this beautiful, tasty grain.

So seek out some purple barley, and cook up a pot for the week. The grains cook up fat and gorgeous, and they snap a little bit when you chew them. Spread them on this smoothie bowl, or eat them anywhere you might have eaten rice, oats or even pasta. 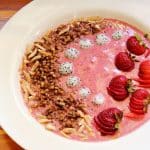 Cook some beautiful purple barley, put it in the refrigerator, and you can make this bowl for breakfast the next morning.
Course Breakfast
Servings 2
Author Robin Asbell