This week, in the midst of a Minnesota-style snowstorm, I boarded a plane headed for North Carolina. Gazing nervously out the window as they sprayed green de-icing liquid on the wings, I thought, “just let me make it to someplace a little warmer!”

It was a bit warmer, but the capri pants I packed never came out of the suitcase. It didn’t matter because the warm hospitality more than made up for a chilly Spring. My first destination, A Southern Season in Chapel Hill, is a cooking school that seats 50 students. The school brings in instructors from across the country, and I am honored to be part of the talented group that headline there. It was exciting to see a huge turnout for my class on vegan and vegetarian food. People are hungry for information on cooking with real food, everywhere I go. 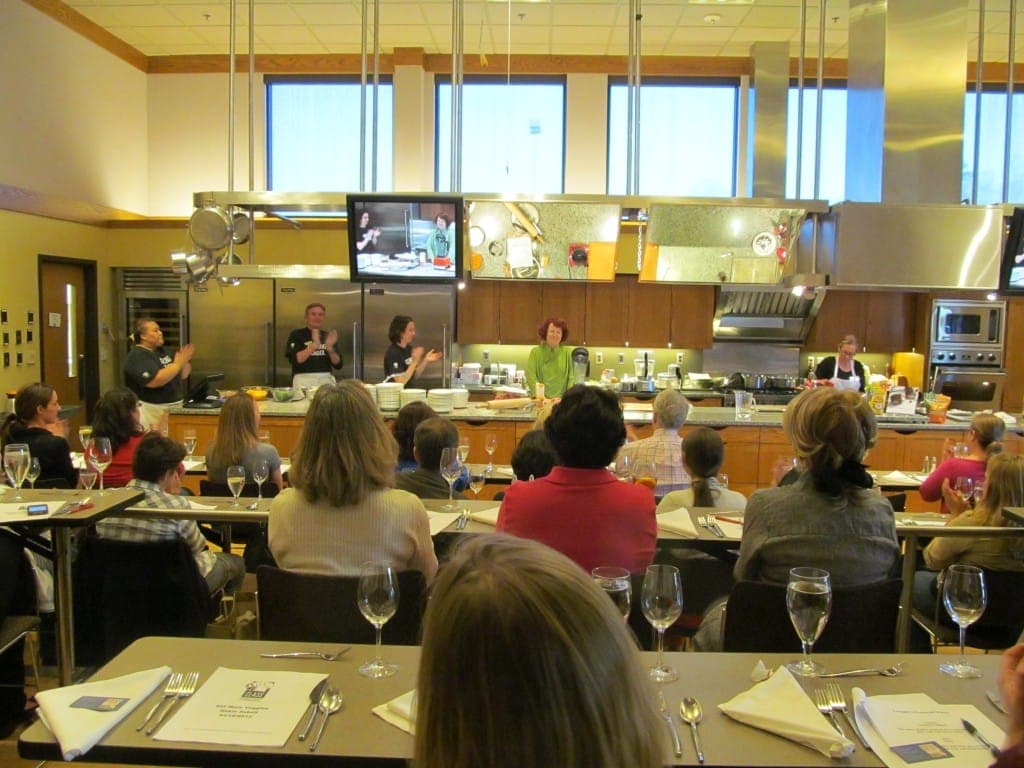 Then, it was on to Atlanta, where I taught a class at Cooks Warehouse. It’s a beautiful cookware store with a cooking school right in the middle. 27 hungry Atlantans came out for a rousing evening of veg food, capped by the Raspberry Cashew Cream Tart from Sweet and Easy Vegan. 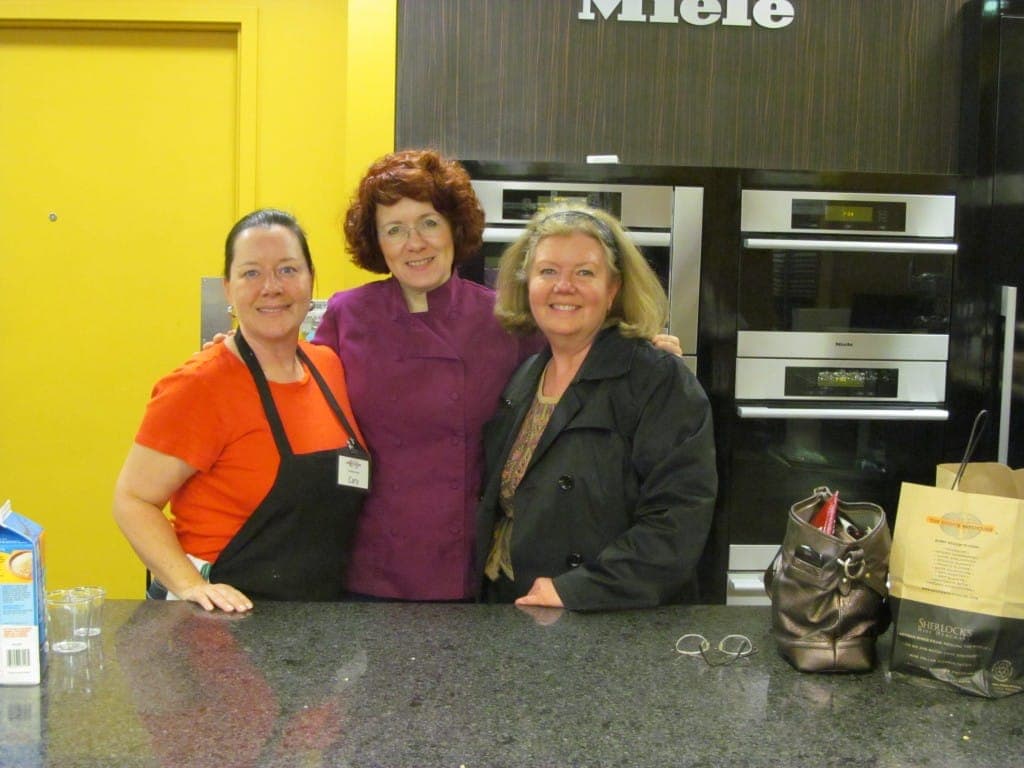 My great fortune then was to have a day to play, and my dear friend Tamie was happy to take me to see some of the sights in ATL. We visited the Buford Highway Farmers Market, which is a massive warehouse of food, with an emphasis on hard to find food that’s Asian, African, South American, Caribbean, Japanese, and more. It was an incredible spread that I wish we had here, just because it would make shopping for cooking classes so much easier! 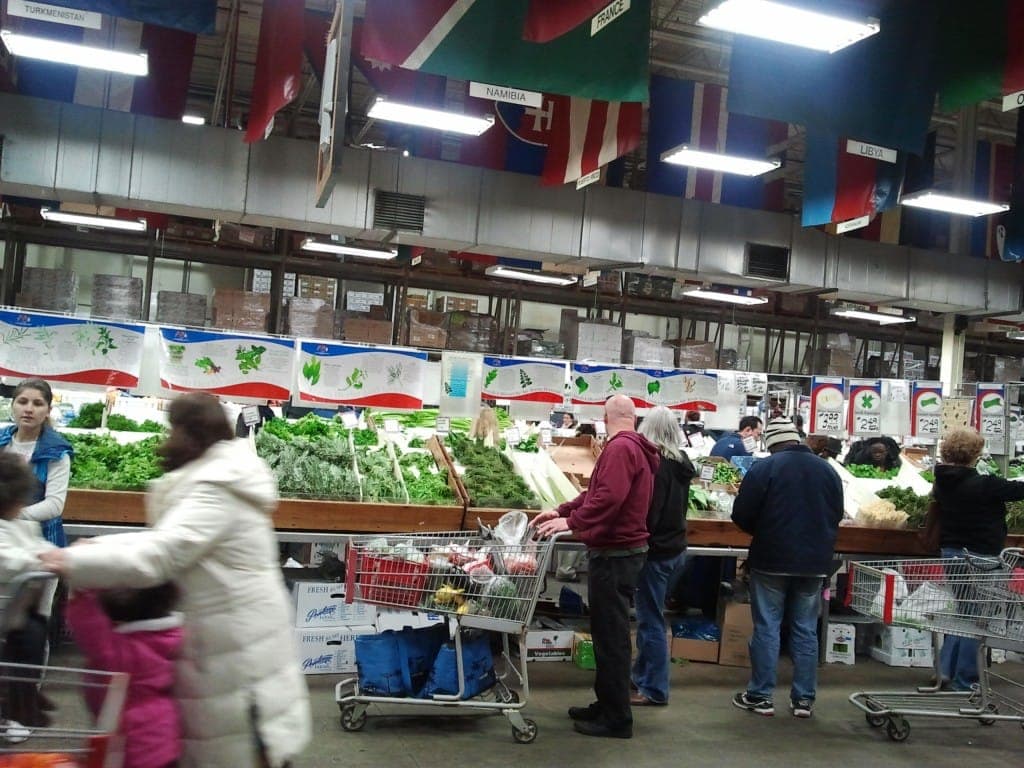 We made a special stop to check out a vegan bakery called Dough. The story of the building is that it housed one of the oldest barbecue restaurants in the area, where countless pounds of pig were once cooked and served. The ironic rebirth of the property into a vegan mecca is a testament to the growing interest in plant based goodies.

I snapped a few photos of the treats case: 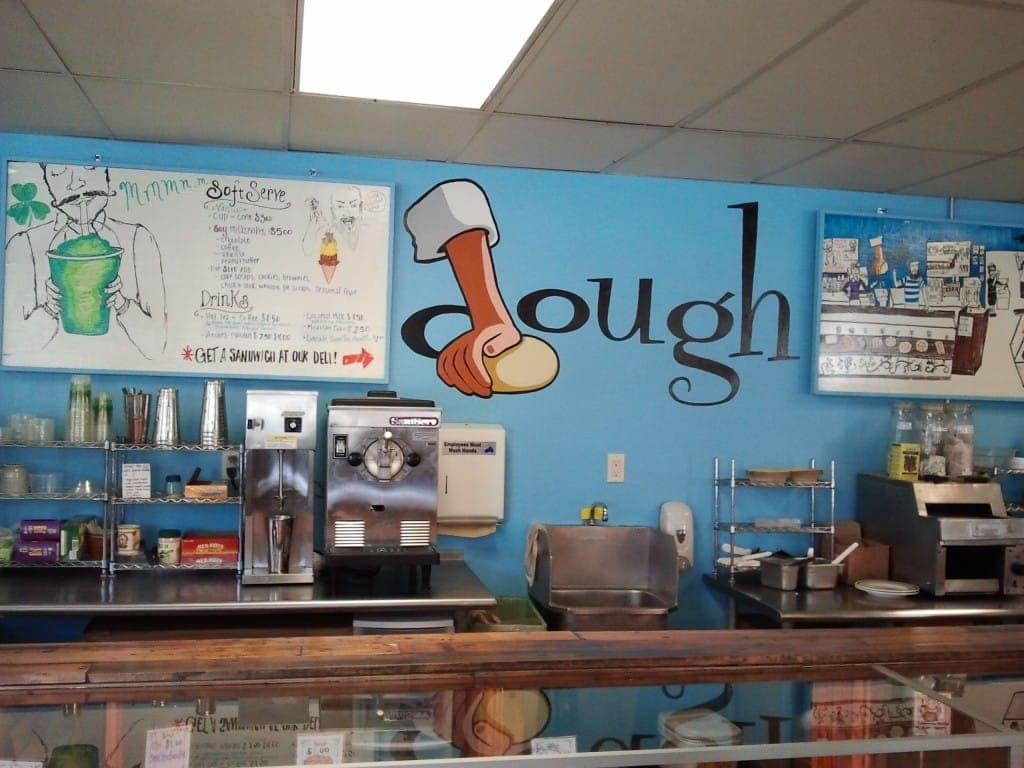 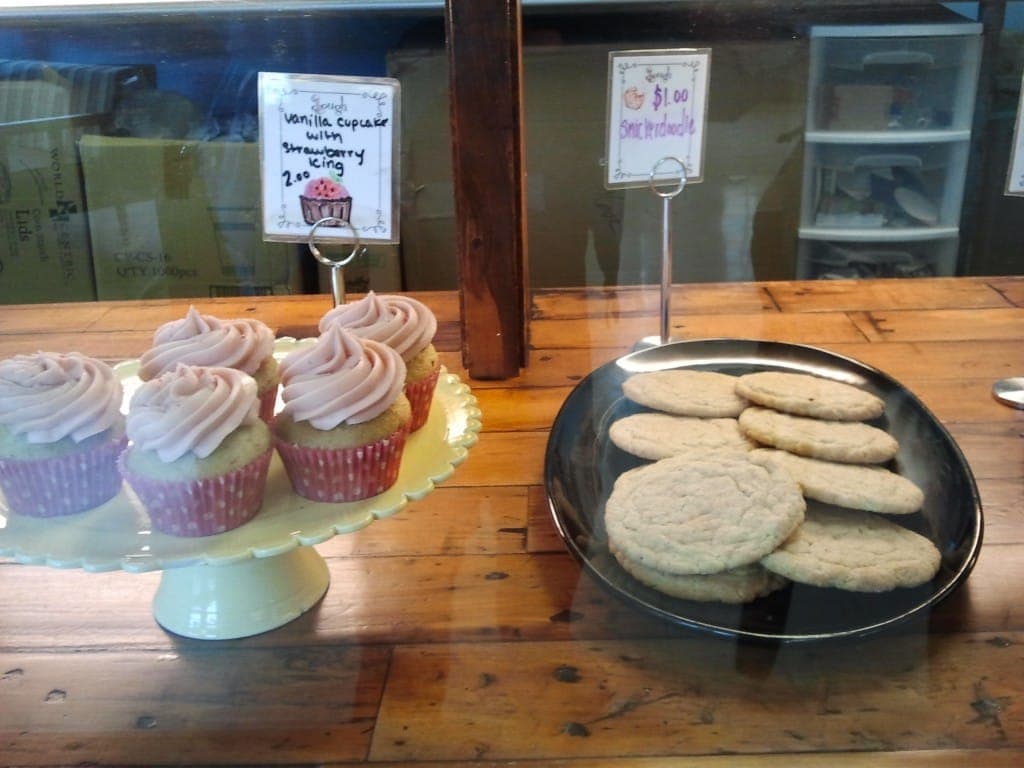 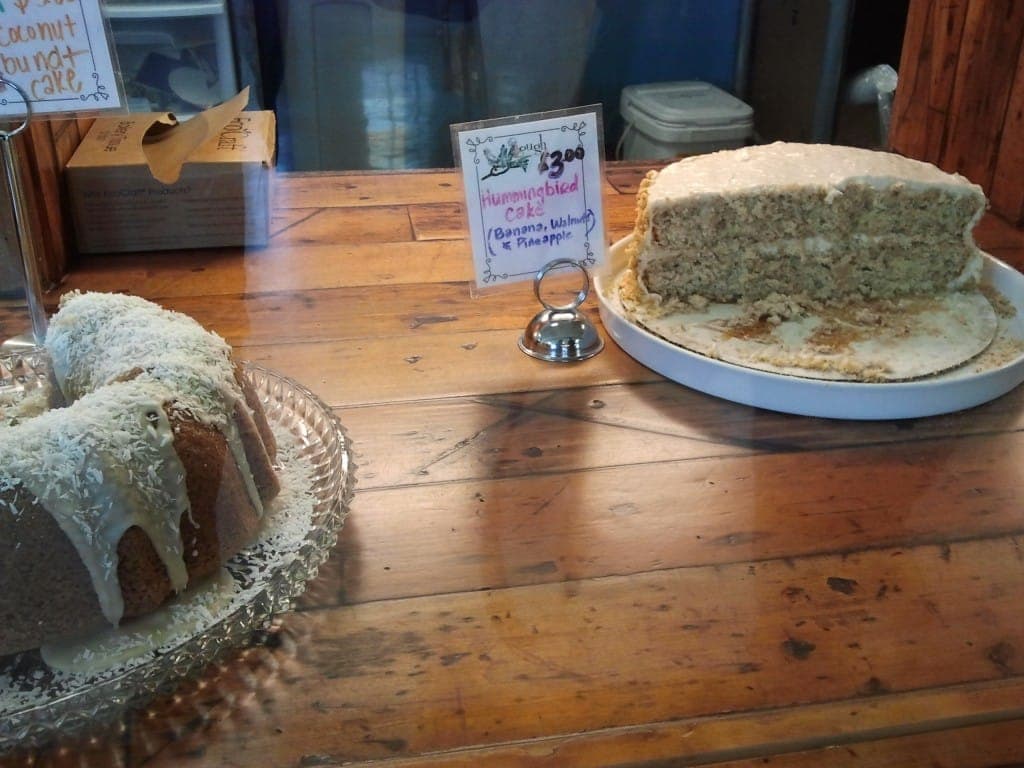 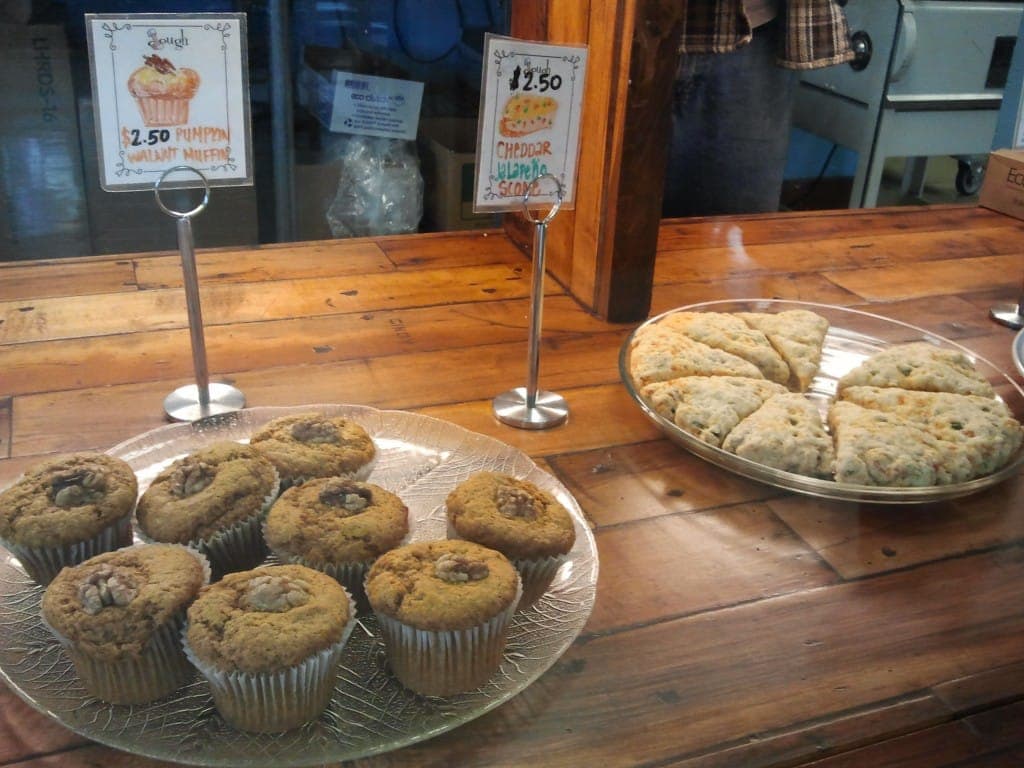 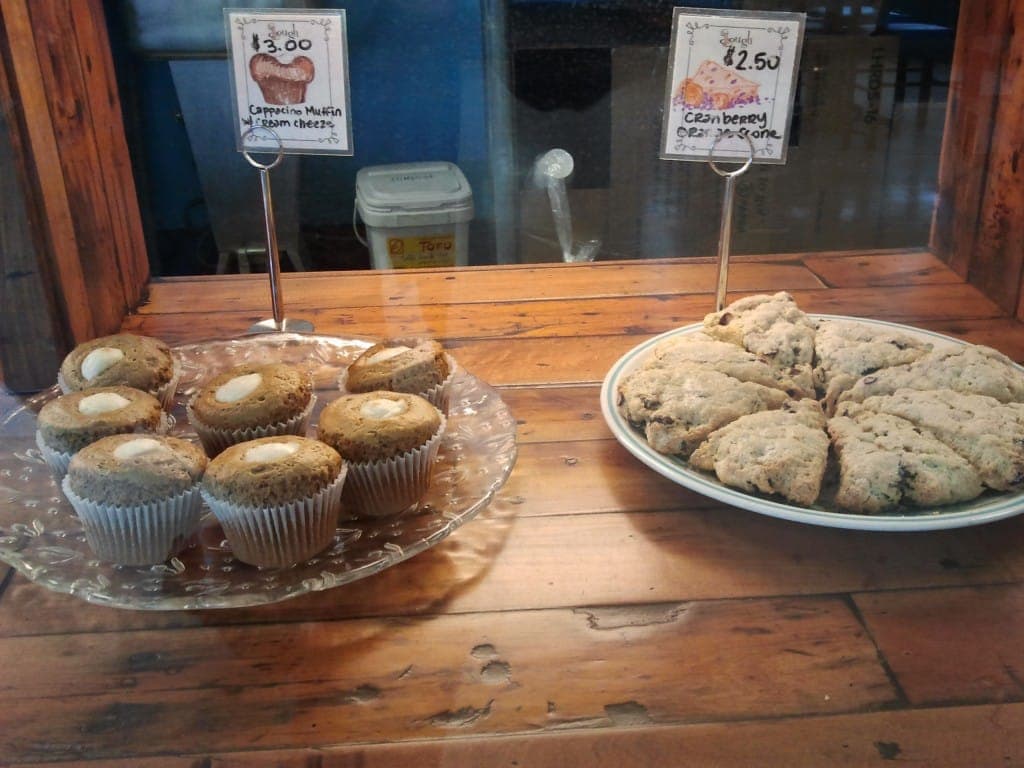 We sampled the hummingbird cake and a cranberry orange scone, and they were really good. I would wager that the average diner would never have known that the scone was vegan in any way. The shop also serves soft serve, and makes their own mock meats that are sold sliced, or in sandwiches on house-baked bread.

(404) 380-1400
It’s beautiful to see a booming vegetarian and vegan community in these Cities, alongside the classic barbecue that is part of the Southern dining scene. If you are ever passing through, definitely check out these cooking schools, shops, and the Dough bakery.