A Valentine’s Treat With Aphrodisiac Magic 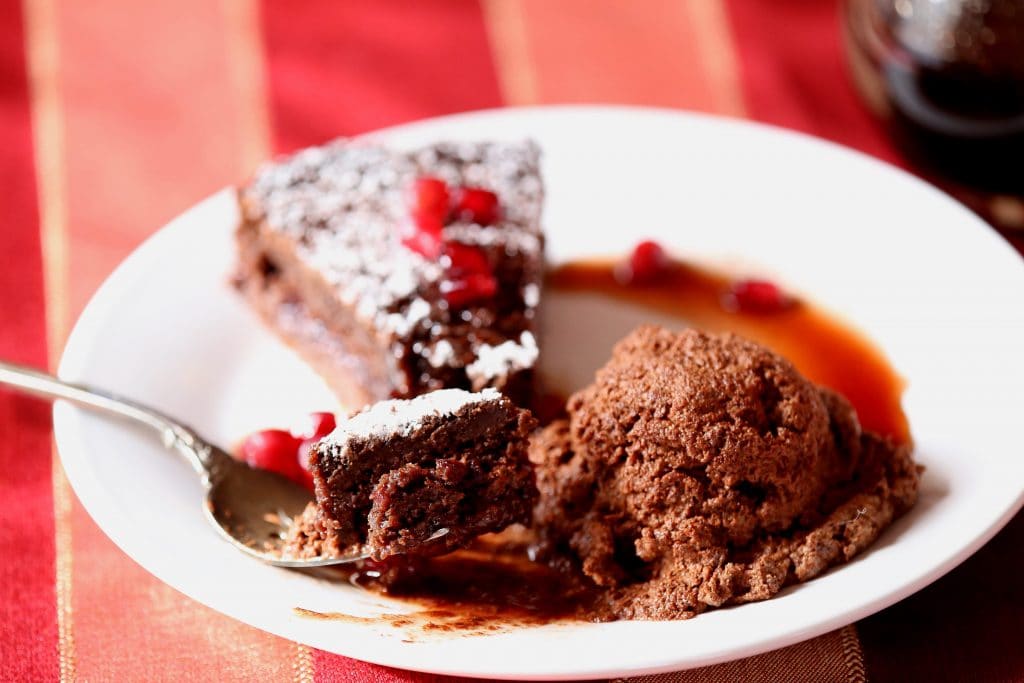 Get in the mood with chocolate, pomegranates, and yes, beets!

Perhaps Valentine’s Day comes along in February for good reason. Winter has been with us a little past its welcome, and we need a little motivation to get convivial. Give the sweatpants and hoodie a rest and at least make an effort to look good for your mate, that sort of thing.

It’s always a good excuse to have a sensual dinner, and open a bottle of something special. For that, we thank good  ol’ Saint Valentine.

If you are looking for a little extra spark, you may want to pick some extra-sexy aphrodisiac foods for your special meal. Some of the historically lauded aphrodisiacs make the list on looks alone, such as the suggestive asparagus, avocado, and fig. Others, though, have a nutritional basis for being considered good for the boudoir.

Beets, the ruby red roots we eat in borscht, are actually one of the foods that does something for your sexual performance. I know, you are saying, “What? A vegetable that my husband hates, not oysters?” Beets, it turns out, are one of the foods highest in the Nitrates that convert to nitric oxide. Nitric oxide relaxes the walls of your circulatory system.

That is the same thing Viagra does.

Yup. Beets are the safe, natural version of all those pills they hawk on TV for ED.

If you really want to take beets out for a spin on this issue, make this beet enhanced cake. Nobody will be the wiser. But for the real effect, juice some beets and drink it throughout the day of your romantic date. Try this recipe, for starters.

Because good circulation and overall health are at the heart of sexual health, let’s just keep going. This cake, in all its chocolate glory, is vegan, so it’s heart healthy from the jump. It has a beet puree, hidden in its moist, tender crumb. It’s made rich with coconut oil, the fat that energizes, while having the mouthfeel of butter.

Chocolate is An Aphrodisiac

If you take a look at the recipe, you’ll see that there are 12 ounces of dark chocolate in the cake and mousse, and some cocoa, as well. If you eat one slice, you are getting an ounce of chocolate and a teaspoon of cocoa. Chocolate, which we now classify as a health food for its antioxidants, is a classic aphrodisiac. It contains cannabinoids, which trigger the same pleasure centers in the brain as marijuana. It has a mellow form of caffeine, to give you a little boost.

It’s luscious and sensual in the mouth. It’s the essence of Valentine’s Day. 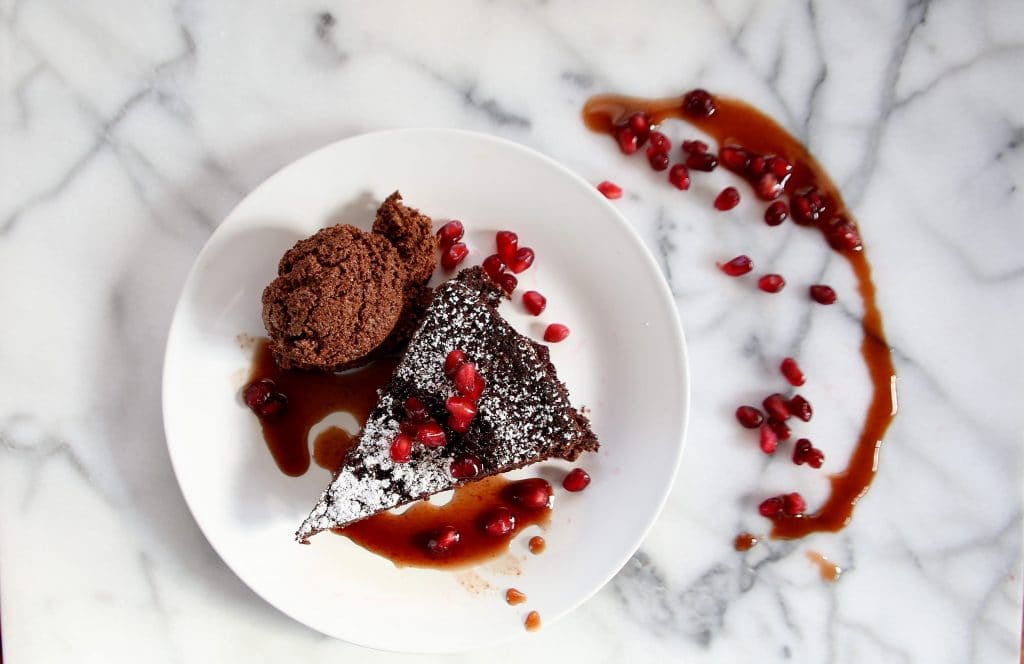 For even more pulse pounding heart health, I went with pomegranate juice, and gave the sauce a little kick with cayenne. The hit of spice in the sweet, tangy sauce wakes up your palate on every bite, reminding you that you are alive. It’s also a circulatory stimulant, raising your metabolism just a bit. 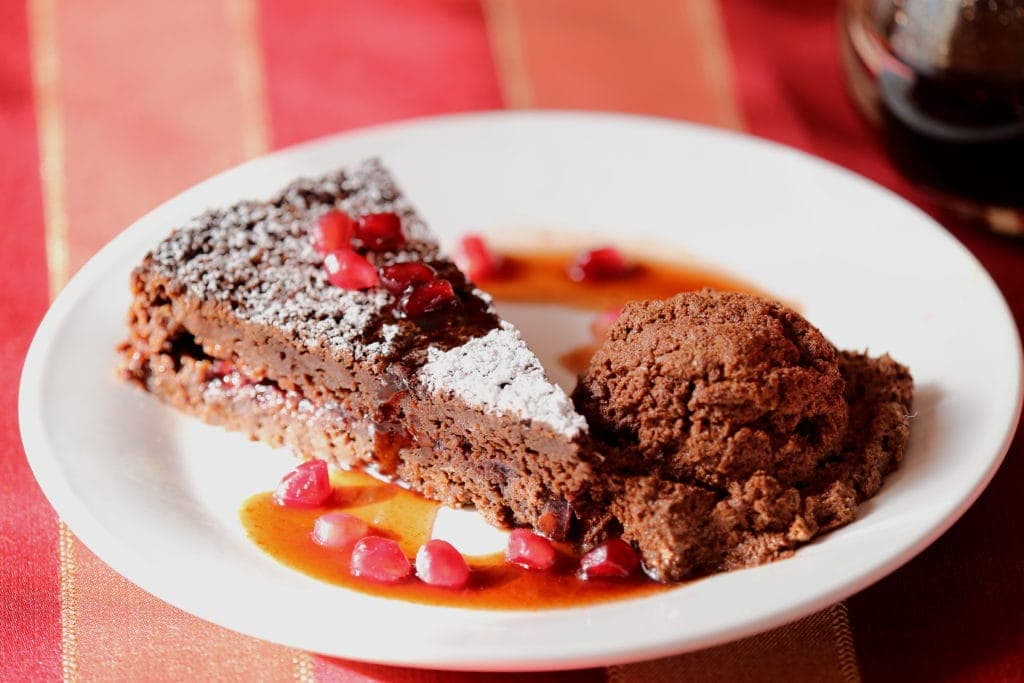 Romance is in the Air

The fun part of this dessert is the aquafaba. If you haven’t tried it yet, aquafaba is the water that you have left when you cook chickpeas. It’s a miraculous discovery, because it’s something we used to pour down the drain, which we can now use to replace egg whites in baking. You can use the aquafaba from canned, unsalted chickpeas- you’ll need to drain about 3 cans to get enough for this recipe, or make your own.

If you make your own, measure out 2 cups dried chickpeas, 6 cups water, then put in a pot and simmer on the stovetop (lid on) for at least 4 hours on low. Don’t rush it, you want the beans to be almost falling apart, and the liquid to be rich with beany proteins and starches. Cool the beans in the liquid before straining. Chill the liquid. I like to portion it into 1/2 cup containers and freeze it, so I have it handy.

Then you have plenty of chickpeas on hand to make hummus! 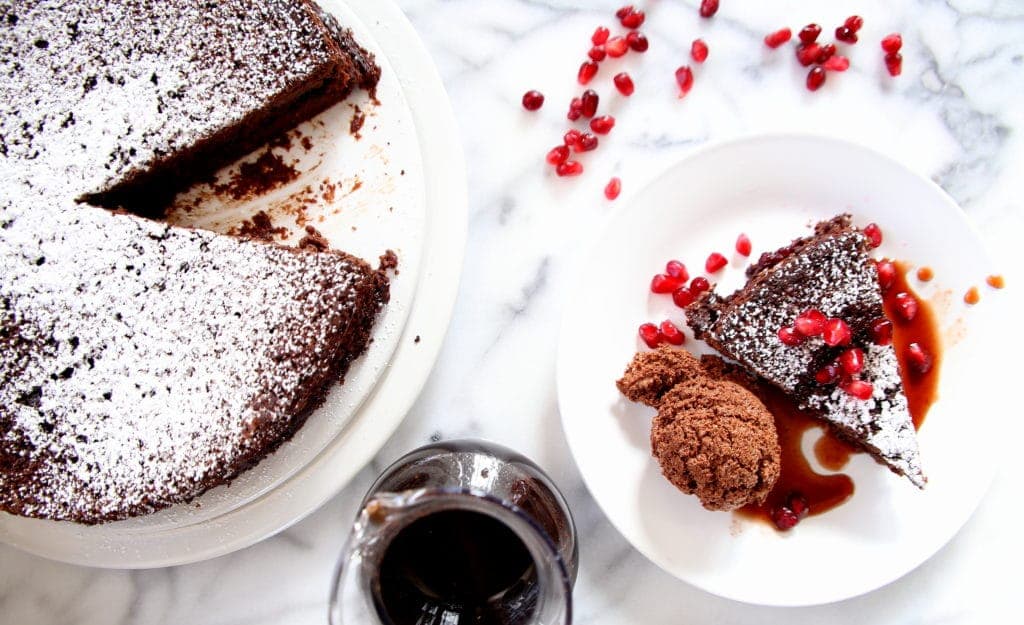 Then, you can whip the aquafaba to make puffy, billowy clouds, just like the kind you can make with egg whites. A big bonus is that when you fold in melted chocolate to make mousse, there is no risk of food poisoning, as there is from raw eggs. And you are leaving the chickens alone, as you revel in the fluffy, light mousse. 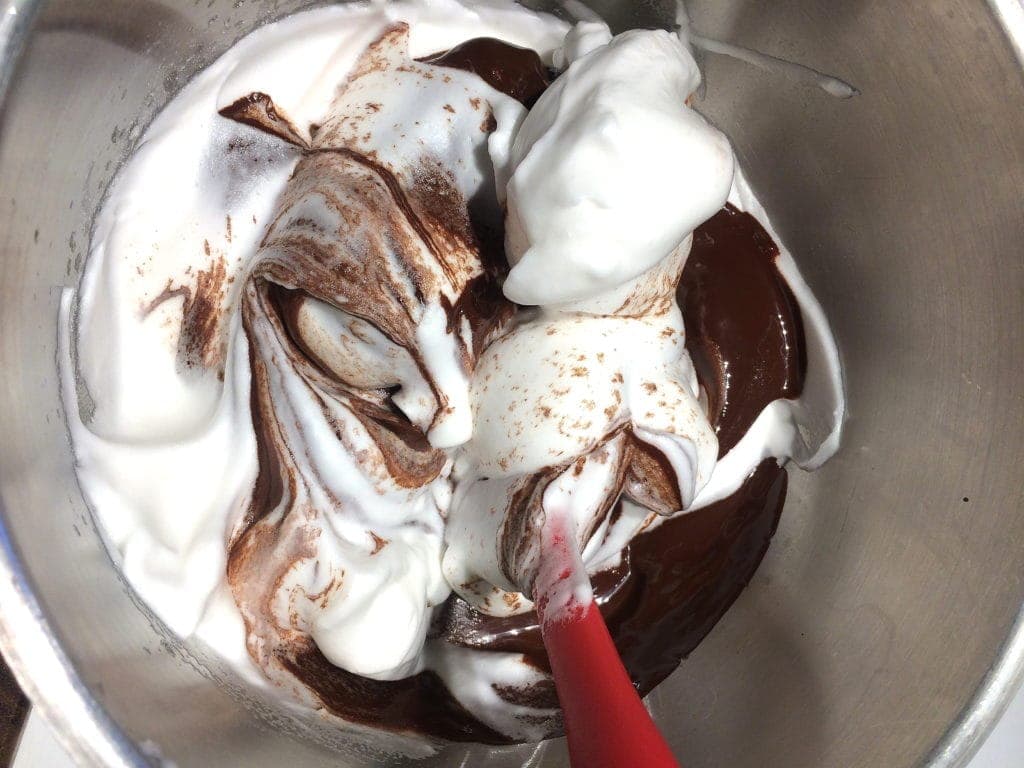 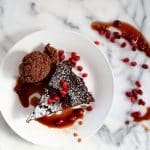