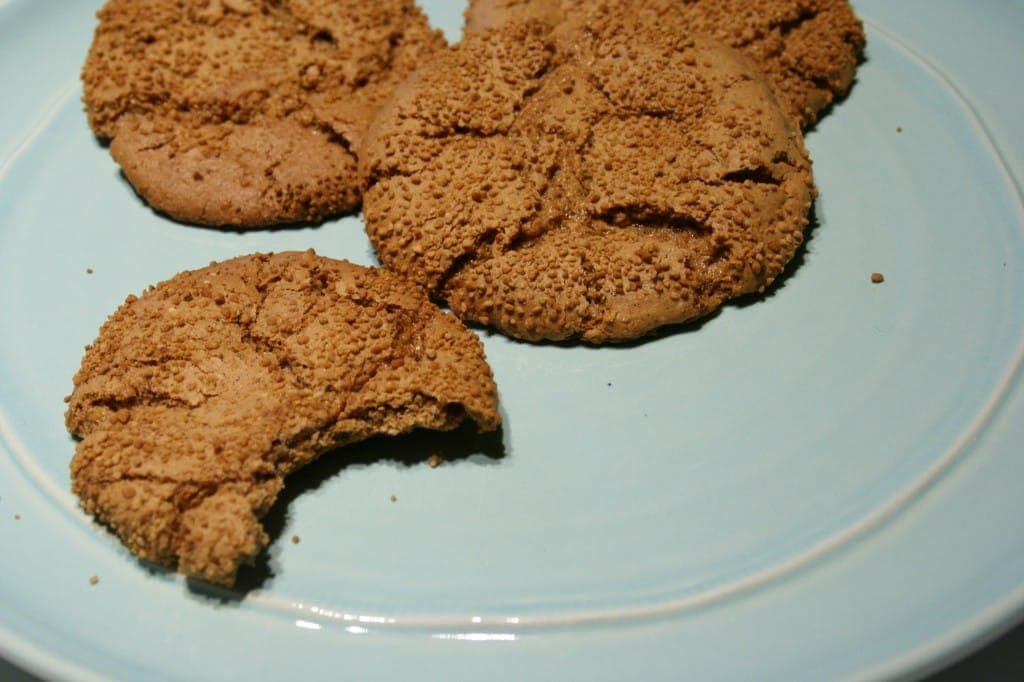 It’s become a punch line, now that Jimmy Kimmel sent someone out to a park in California to find buff, shirtless men and attractive California ladies who profess to avoid gluten. The questioner then asked all the subjects what exactly gluten is. Comedy ensued.

It really is funny, you can watch the clip here:

So it dawned on me, that I talk about gluten all the time, but I generally assume that people know what I am talking about. To make it simple, gluten is a protein that is present in wheat, barley and rye. So, avoiding anything made with those foods will keep you safe from gluten. But as the video makes clear, many people don’t even take it that far, just seeing gluten as part of what makes bread and pasta “bad for you.”

Even though I write about gluten-free cooking and baking, I am as aware as anyone of the current demonizing of wheat. Perhaps more so. I meet people at every cooking class who have vague fears about gluten. Many of whom eat lots of things I find more frightening, like cured meats and processed gluten free junk foods.

So, what is this mysterious thing called gluten, and why are these people so confused?

Inside a grain of wheat, barley, or rye, under the bran, in the endosperm, the grain carries glutenin and gliadin, and some other proteins. If the wheat sprouted, the plant would consume them. When we bake with flour or cook the grain we mix the gliadin and glutenin with water, and they form gluten. This is true for all forms of wheat, from Spelt and Kamut to Einkorn, Triticale, and Farro. In this country, most oats that are not labeled gluten free may be cross contaminated, although oats do not contain gluten.

So, when the gluten is formed, it forms a stretchy, sturdy glue. When kneaded and rinsed, the starches from the wheat flour was away, leaving just a stringy, rubbery mass, which we make into foods like Seitan and Mock Duck, or dry to use as gluten flour. In doughs, it has the ability to trap the bubbles of gas made by leavenings, whether yeast or baking soda or powder, and then bake to form the firm, open crumb of breads and other baked goods.

It seems simple enough. So why are these people so confused? Well that is the question. It seems to be an outgrowth of the current controversy around gluten. As books like Wheat Belly and Grain Brain have come out, positing the theory that wheat is to blame for obesity, brain problems, fatigue and lots of other things, people have jumped to the conclusion that gluten is bad. This has also been extended to grains in general, even though there are many grains that contain no gluten at all. Quinoa, Millet, Rice, Amaranth, Buckwheat, Teff, Kaniwa, and Gluten-Free Oats are just a few.

So far, there is no consensus that gluten is bad for anyone besides the people who have celiac, wheat allergies, and other intolerances. Even as that seems to be exploding, it’s really a very small percentage of the population. Nobody has firm numbers on how many people are just giving up wheat, but depending on who you ask, that number can go as high as 18%, and surveys say that 30% of respondents want to buy gluten free products.

Another study bouncing around the internets this week touched on another phenomenon. (Click here for link) That is the self-diagnosis that many people are doing. I see it all the time, when someone gives up wheat, they see some symptom or health problem go away, so they call themselves gluten intolerant, or wheat allergic. Of course, they have every right to do this, but for some reason, it bugs the heck out of some other people.

If you are someone who has a digestive issue with wheat or gluten, it might pay to take a look at this blog I wrote on Fodmaps. They are another part of wheat that may be the source of your problem, not gluten. In practice, if your problem is with the fodmaps in wheat or the gluten in wheat, you will be avoiding the same foods, and bugging the heck out of the same people who just want you to eat bread and be quiet.

It all goes to show you, the public debate over food is messy some times. All you can do is figure out what works best for you and stick to it.

And if someone puts a microphone in your face and asks what gluten is, you have an answer ready. And a gluten-free, fodmap free cookie to enjoy! 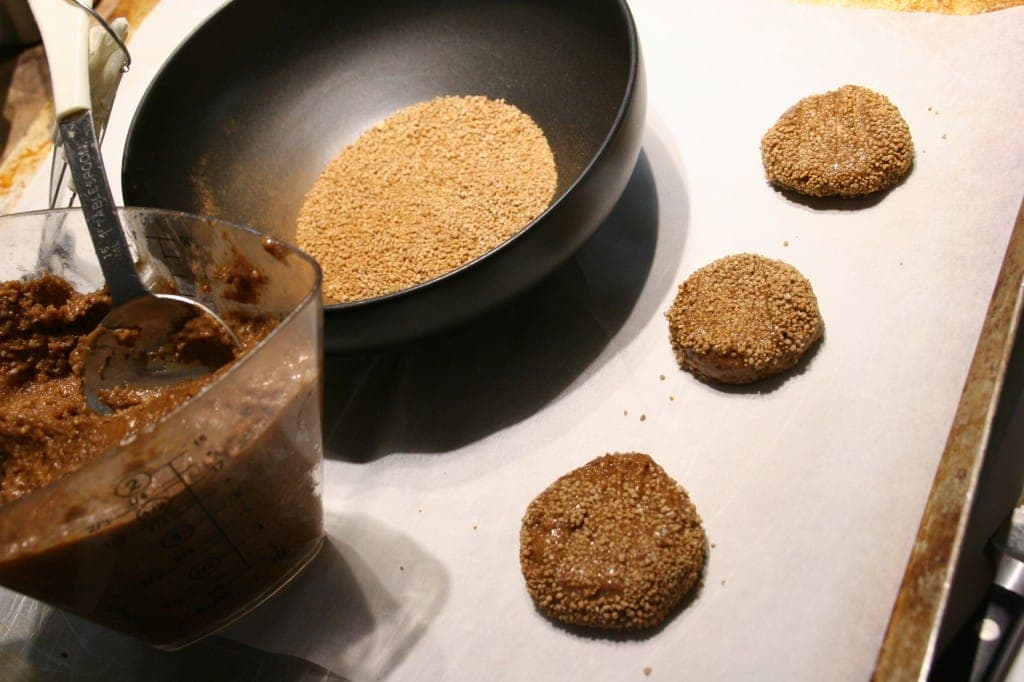 1. Preheat oven to 350 degrees F. Line a large sheet pan with parchment. In a medium bowl combine the almond butter, ground sucanat, egg, soda, and vanilla, and mix well. In a medium bowl, cmobine the remaining sucanat and cinnamon and mix, reserve.

2. Use a tablespoon to scoop two tablespoon sized portions of dough, then form dough into 1-inch balls. Roll each in the sucanat-cinnamon mixture. Place 1-1/2 to 2 inches apart on the baking sheet. Flatten with your palm to 1/2 inch thick. The cookies will spread.