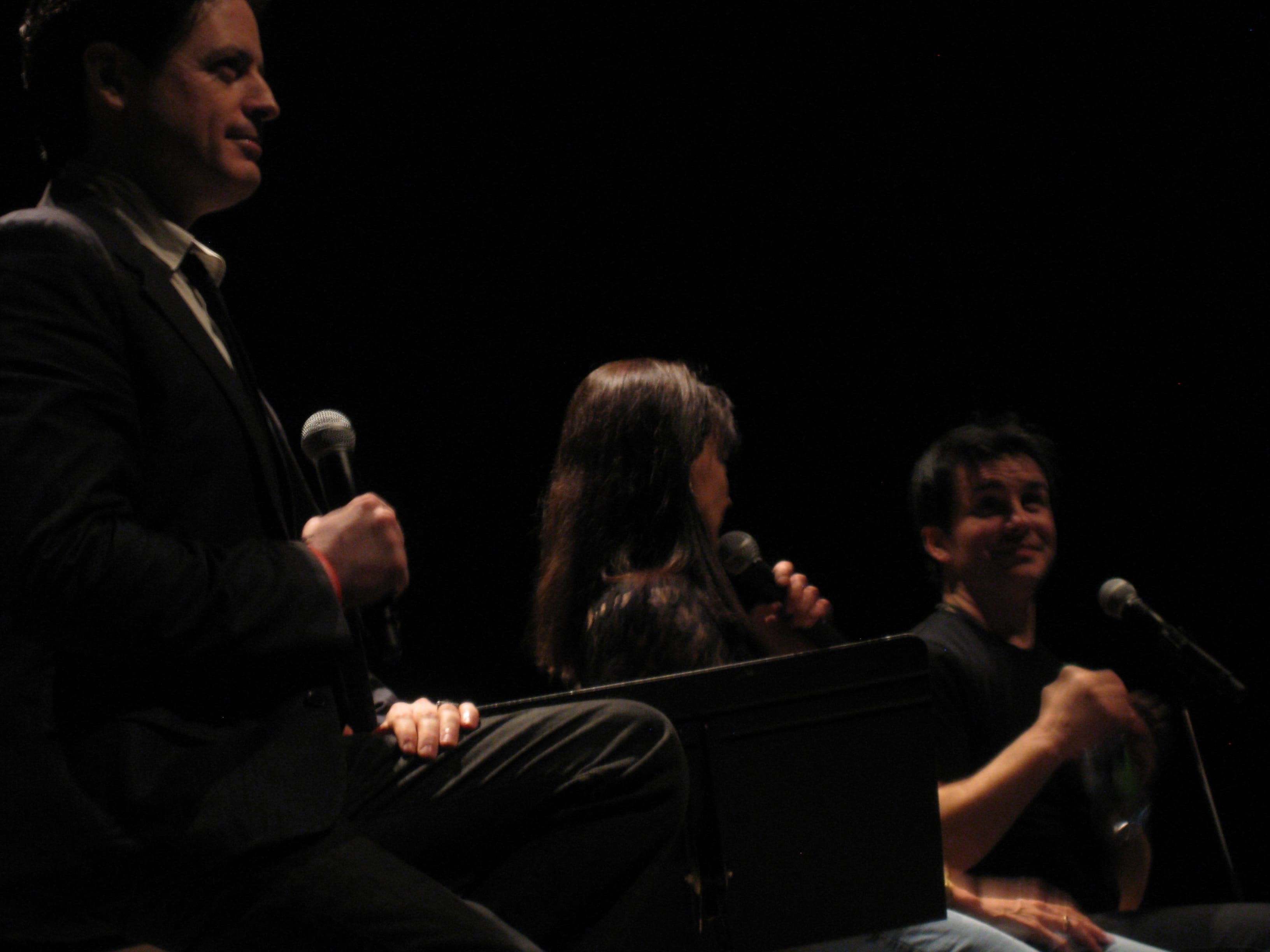 As a fan of the Stephanie Miller Show, a political comedy radio show, I was excited when I heard that she and her collaborators, Hal Sparks and John Fugelsang, were bringing their Sexy Liberal Show to Minneapolis. I have been a long-time listener and a fan, and follow the many careers and tweets of all these talented people. I also knew that Hal Sparks is a vegetarian, and probably doesn’t get great veg options when headlining comedy clubs across the country.

So, I decided that I should cook for them when they came. I called the radio show, and called the station that broadcasts them, AM950, and let them know I would love to make sure they were properly energized and nourished for their show. Luckily, Robin at the station knows who I am, and I got the call the night before from their tour promoter, Roland. It was on, and I needed to get it together, fast. Food for 10 people, vegetarian with some fish for Stephanie.

I was a little nervous. As you may know, I have spent years as a private chef, making fabulous food for the fabulous. But this was different.

As an avid listener to the show, I  hoped had a feel for their tastes. Steph likes stinky cheese and sushi. Hal is a vegetarian who doesn’t drink. John is a former vegetarian who now eats just a little meat on occasion. All of them live up to their billing as sexy liberals by staying in great shape. But what if the people I thought I knew so well from hours of listening were all fake? What if the compassionate, smart people I admire were really just characters, created for an underserved slice of the radio market? I tried to imagine Steph staggering in and kicking over the table of food, or throwing her phone at my head. Hal, drunk, insulting anyone who crossed his path, Could John Fugelsang actually be a judgemental jerk, too stuck up to even talk to a lowly caterer and fan?

I had about 24 hours to get my meal together, so I set to it. Here is the menu I prepared:

Smoked Trout -Asparagus and Pea Shoot Handrolls, with Pickled Ginger, Wasabi and Shoyu on the side

Wild Rice and Berry Salad (From the upcoming Big Vegan)

Edamame Hummus with Pitas and Baby Carrots (From Big Vegan)

It was actually great fun cooking while looking forward to the show. I’m a big believer that laughter is as important to your health as healthy eating or exercise, and here I was cooking for three of the people who make me laugh on a regular basis. I hoped that I could give them just a tiny bit of the energy back that they give to me every day.

We loaded up the food and arrived about an hour and a half before the show was to start. 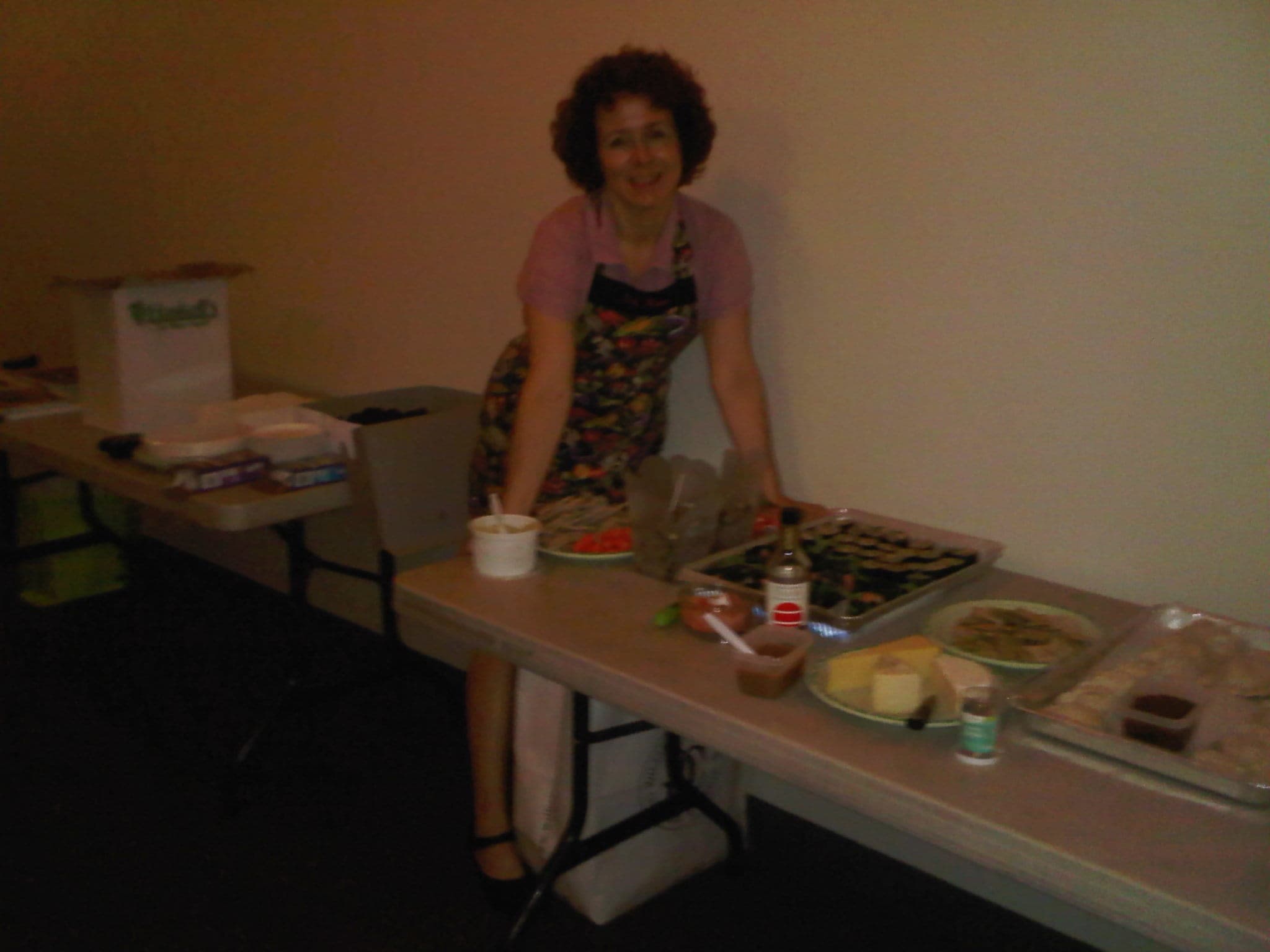 Me and the food, BACKSTAGE!

My sister, Rachael, and my husband, Stan helped me carry in the food and set up, and we all waited expectantly to meet the headliners. Soon, John Fugelsang appeared, after finishing the sound check. He was so friendly and down to Earth, talking with us in between setting up his playlists and going over his material. He ate a few bites of a few things, and we posed for this picture. 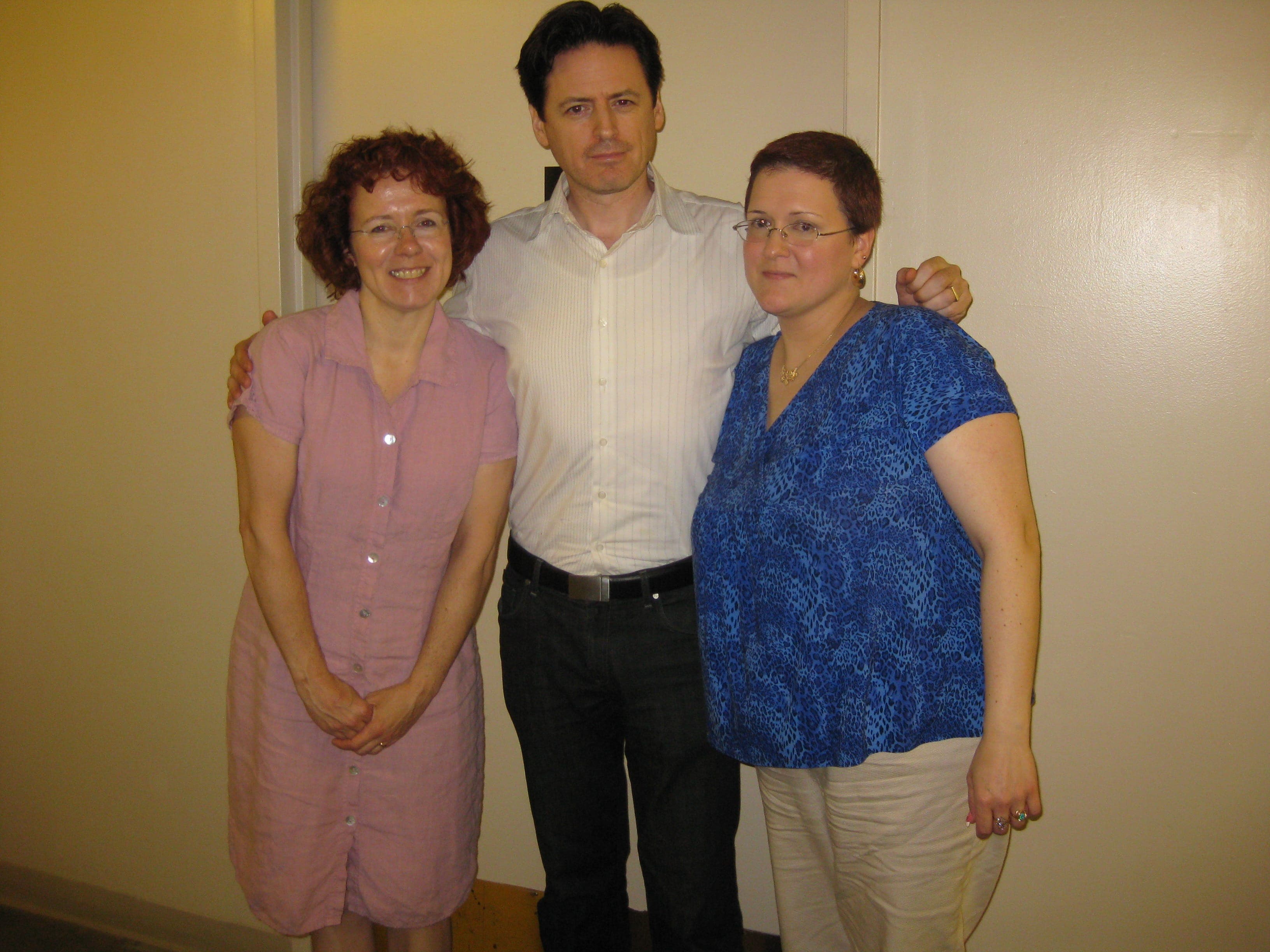 Yes, that is John Fugelsang, the Ecclesiastical Mook

For a former MTC Vee-jay, he acted more like a kind host than a celebrity diva.  He went back to his preparations, and we waited. We opened the wine, I rearranged the napkins.

Finally, Ron, the big bucks behind the Stephanie Miller Show and several other syndicated radio shows, came in with Ms Miller. She was gracious and surprised, as they had just eaten at the hotel and she could not eat a bite. Stephanie is a devotee of spinning and P90x, and she is a tiny, fit woman who completely works a pair of low-cut pants. She hugged me and took time to talk for a moment, and then her manager, Ron, ate wild rice salad, and few deviled eggs, and some sushi, and he pulled in anyone who came by to rave about the food. He was actually really funny and appreciative, too. Some big time pols dropped by, hands were shaken, a few cookies were consumed. Finally, about 15 minutes before the show would begin, Hal Sparks arrived. Rock star that he is, it was like meeting an old friend, and we talked about the food and the show and politics until it was time to go. I showed him the ziplocs I had brought so that he could take energy bars for his next workout. And he wasn’t stuck up or drunk at all. 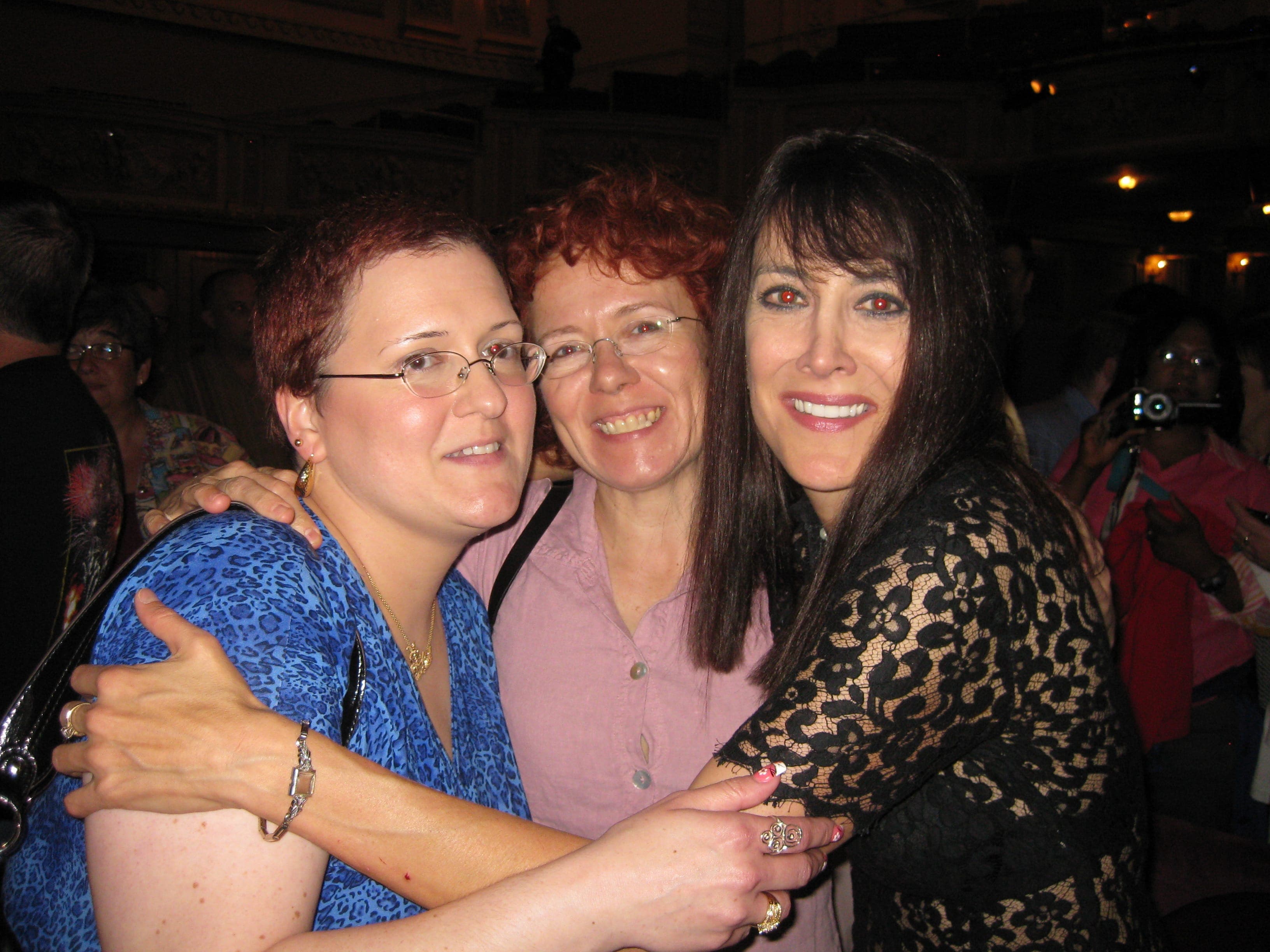 I know, I am shamelessly starstruck!

We hustled out of the backstage underground and went to our seats. The show was screamingly hilarious, as we had expected. The three comics took turns, each doing a set, and then the three sat together and talked to the audience. The front couple of rows got to stay and meet the stars, and we all milled around, taking pictures and shaking hands. 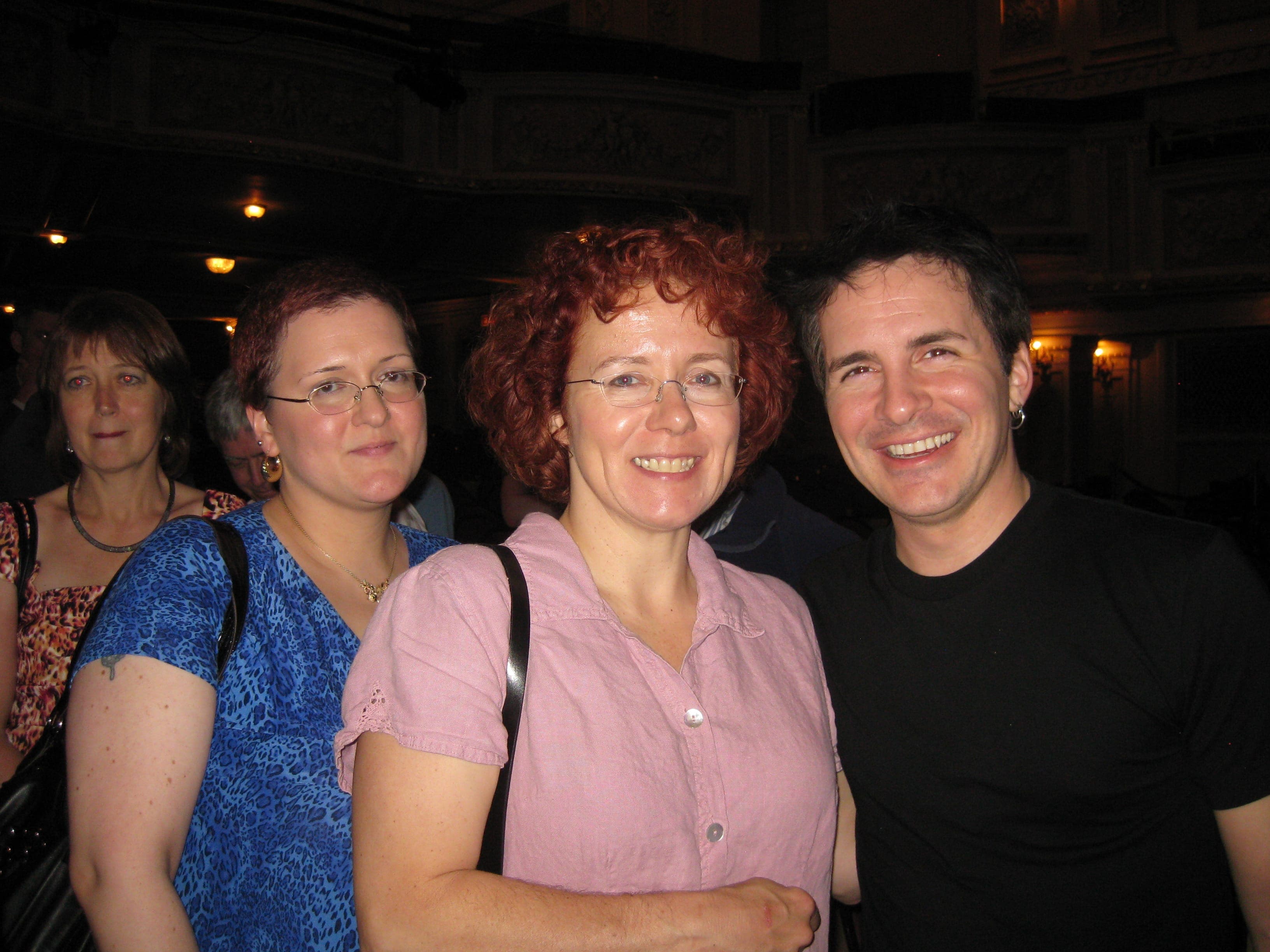 So, a good time was had by all, and I hope the rest of the food was eaten by the backstage crew. It’s so good when you meet someone you really admire, and they don’t let you down.

If only they had been more hungry.