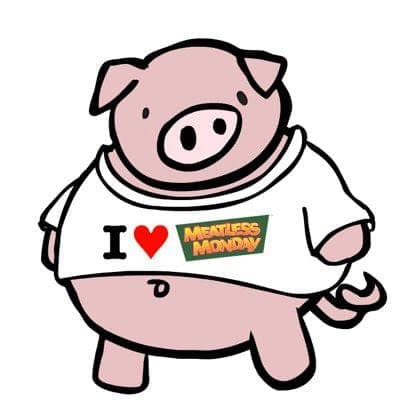 You’ve gotta feel a little bit bad for the Cattlemen, these days. The epic drought that is devastating much of this country is guaranteed to put feed prices through the roof for some time to come. Ranchers are selling off their cattle because they can’t afford to feed them. Farming is a tough business.

But beef may just be a business that is shrinking, at least in the US. Over the last 40 years, red meat consumption has declined 22%. The 2012 Livestock, Dairy and Poultry Outlook report revised their numbers for beef production in 2011, somehow instead of 36 million pounds, it was only 26 million pounds. US Beef is now exporting billions of dollars worth of meat, to Mexico, South Korea, Japan, Canada, Viet Nam and the former Soviet Union.

Beef recalls have become commonplace. The “Pink Slime” scandal outed the industry for stretching meat with ammonia treated trimmings, a repulsive method that they had been quietly using for 20 years. “Meat Glue,” also made the news, another industry innovation in which a concoction made from cows is used to laminate pieces of meat together, making them look like solid cuts instead of scraps.

A Harvard study came out that showed a 20% increase in cancer risk for beef eaters, exactly the same risk as smoking cigarettes. Books like the China Study have documented the link between meat and chronic illness.  In April, 2011, the Vegetarian Resource Group did a study and found that almost a third of Americans eat meatless, alot. (to read about that, click here)

The Environmental Working Group released a report analyzing the carbon footprint of your food, and beef was number one (read about that here.) The message that meat is something people should at least cut back on has permeated our society, slowly but surely.

The Beef publicists and advocates are understandably nervous, and seem to have a hair trigger when it comes time to defend themselves from the latest debacle. They  have gotten so sensitive that they may well be drawing more attention to their own weaknesses than mounting a good defense.

A perfect example of this is the latest dust up with Meatless Mondays, a moderate, positive campaign aimed at getting people to cut their meat consumption one day a week. (I’ve written about them on this blog in the past, here and here. ) MM is the least radical group you would ever find, preferring to move large numbers of people to make small changes, with very reasonable health suggestions. They have no agenda to make everyone a vegan, or to make burgers a thing of the past. They just suggest one veg day a week, and have had a big impact.

So it seemed harmless enough, I am sure, when insiders at the USDA put out an interoffice memo, in which going meatless on Mondays was one of their suggestions for people who worked in their offices.It’s important to note, just their offices, not to the public as a whole.

“One simple way to reduce your environmental impact while dining at our cafeterias is to participate in the ‘Meatless Monday’ initiative,” the newsletter reads. “This international effort, as the name implies, encourages people not to eat meat on Mondays… How will going meatless one day of the week help the environment? The production of meat, especially beef (and dairy as well), has a large environmental impact.”

The newsletter was published Monday and by Wednesday evening the beef defense team was in full crisis mode.

Alexander said that the claims that meat has an environmental impact or a negative effect on health are “are not at all based in fact.”

“USDA was created to provide a platform to promote and sustain rural America in order to feed the world,” Alexander said. “This move by USDA should be condemned by anyone who believes agriculture is fundamental to sustaining life on this planet.” said Alexander.

Within hours, Senators were tweeting and posting in the defense of their constituents, the big Beef producers. There was so much pressure that the statement was retracted by the USDA and taken down from the website. The USDA said that the statement had not been given proper clearance.

It appears that a group within USDA trying to make the group more environmentally friendly went rogue. In their “Greening Headquarters” newsletter, they dared to suggest cutting back on meat among their reminders on turning off lights and recycling. They forgot who they represent, and accidentally suggested doing something reasonable.

It’s a shame that the USDA would advocate for cattlemen at the expense of telling the truth. It really illustrates why many people don’t really trust the USDA’s  dietary recommendations, since they are shaped so completely by big Ag.

The bright side is that the over reaction by the Cattlemen has only drawn more attention to the Meatless Mondays campaign, and to the facts around beef. The Meatless Mondays website published a reasonable response (to read it click here.) They will undoubtedly get more support.

Big Beef may well wish that this time they had just left it alone.