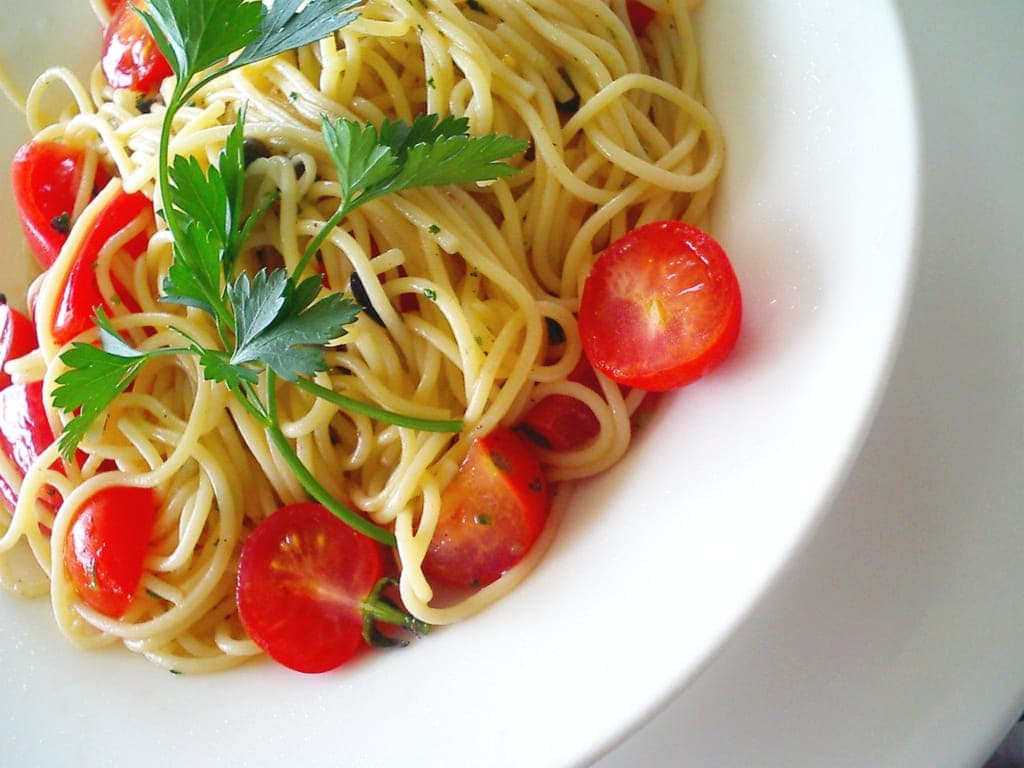 You may have heard the news, just a week or so ago the Meatless Monday movement got a big boost from yet another celebrity endorsement. Mario Batali climbed on the meatless-once-a-week wagon, and it now offering vegetarian food on Mondays at all 15 of his restaurants.

The growth of Meatless Mondays is a wonderful thing. The movement officially started in 2003, but people have been eating meat-free meals forever.

The meatless day has been adopted by the Baltimore Public School System, and about 30 college campuses. Rumor has it that Manhattan schools are moving toward a city-wide meatless Monday program, as well.

These days, the folks who are going to go all the way vegan or vegetarian know who they are. It’s the massive, undecided majority that needs a little nudge. Just skip one meat a week, that sort of thing. Sure, chefs like me have been in the front lines of spreading the word about vegetarian goodness, but when a celeb like Mario Batali starts suggesting that you try his meat-free pasta, people will do it.

So in honor of Mr Batali, I think we should serve a meat-free Italian dish to our next gathering of family or friends. Italian food is the most popular cuisine on Earth, if our massive pizza habit is any indication. Pizza sans carne is absolutely traditional and delicious. Pasta with veg-based sauces and cheese couldn’t be more love-able. Or to go vegan, try the bean-cuisine of Tuscany, with plant-based minestrones, white bean crostini or a simple herbed bean salad with lots of extra virgin olive oil.

It’s springtime, and a great time to do a simple roast of the best local asparagus. Just snap off the bottoms of the spears, put them on a sheet pan and drizzle with olive oil, and roast at 400 degrees for about 10 minutes. When the tips get brown and crisp and the stalks look slightly shriveled, they are ready. A sprinkling of sea salt and you are good to go. These can also be added to a plate of pasta-just cook angelhair while the stalks roast, then toss it with chopped parsley, garlic, lemon zest and a sprinkle of red pepper flakes, then add the asparagus when it is ready. A topping of your tangiest local grass fed cheese or a handful of minced toasted walnuts will complete the meal.

I don’t see anything missing, do you?