Make a Pistachio Cream Pizza, and You Won’t Miss the Cheese! 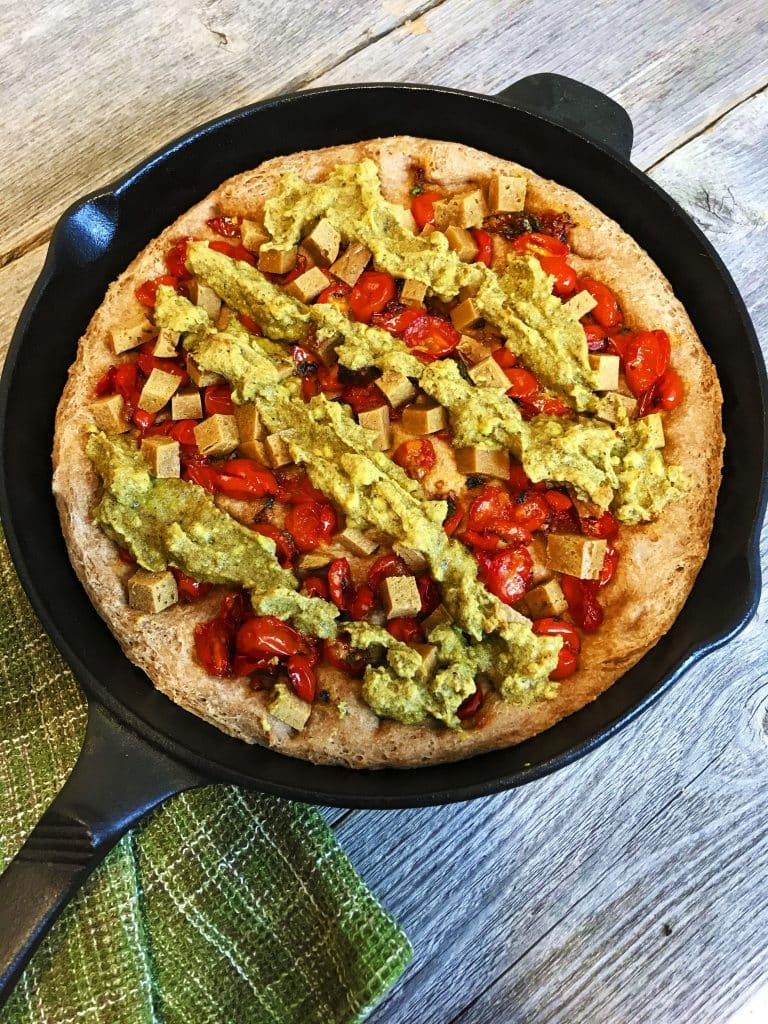 Vegan Pizza. For some, it’s the final challenge. All that meat and cheese is just too hard to give up, right? Not so fast. All you need is some of the mock “ham” from my Plant Based Meats Cookbook and some pistachios to make a really satisfying, savory pizza.

If you’ve tried some of the commercially made vegan “cheese,” you may have found them to be disappointing. The really good ones are expensive, making them more of a treat than a staple. But if you have a blender, you can make quick nut purees that give you much of the creamy, savory cheesiness you crave. Vegan pizza can be a genuinely fantastic experience.

Pistachios are Stars in Their Own Right

Pistachios are so craveably tasty that you might forget that they are incredibly good for you. Lower in fat and calories than many nuts, they are rich in antioxidants- notably the lutein and zeanthin that protect your eyesight. They also lower your cholesterol, protect your blood vessels, and protect against cancer. 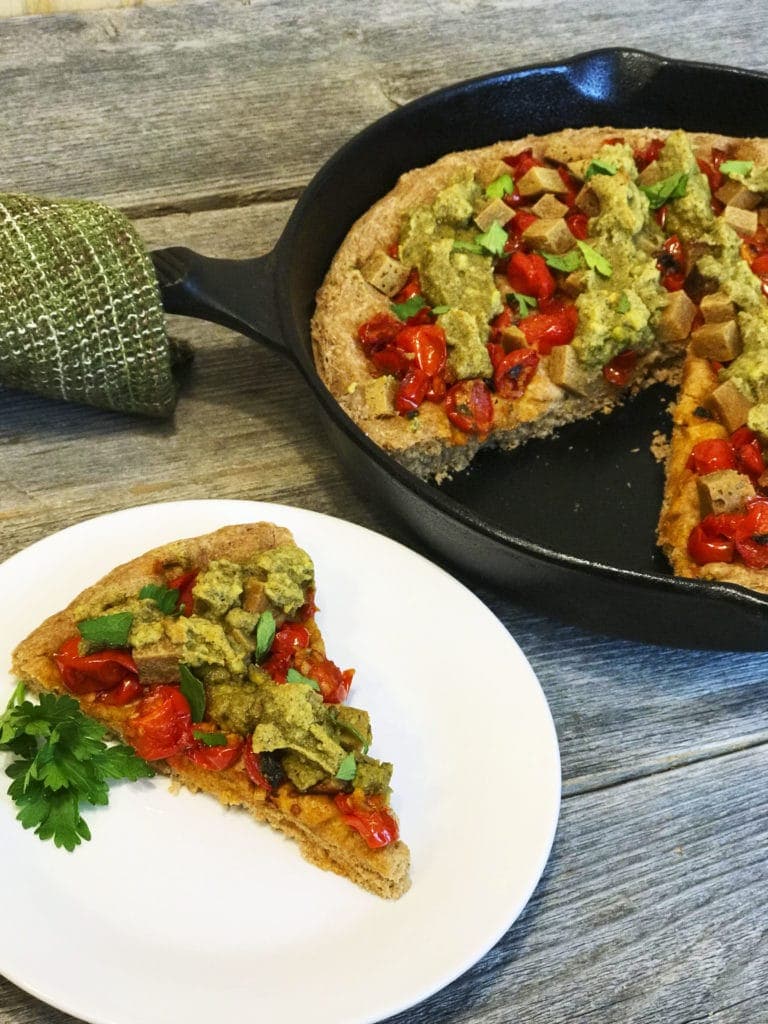 Pistachio Cream Is Luscious and “Cheesy”

Plant Based “Ham” Boosts the Protein and Meatiness

Of course, this pizza is built on a whole wheat crust, and features the “ham” from my book, Plant Based Meats. I made the ham, portioned it into 2 and four serving-sized packs of sliced and cubed ham, and froze several of them. Then I had it on hand for sandwiches, split pea soup, fried rice, you name it. Anywhere ham might go. 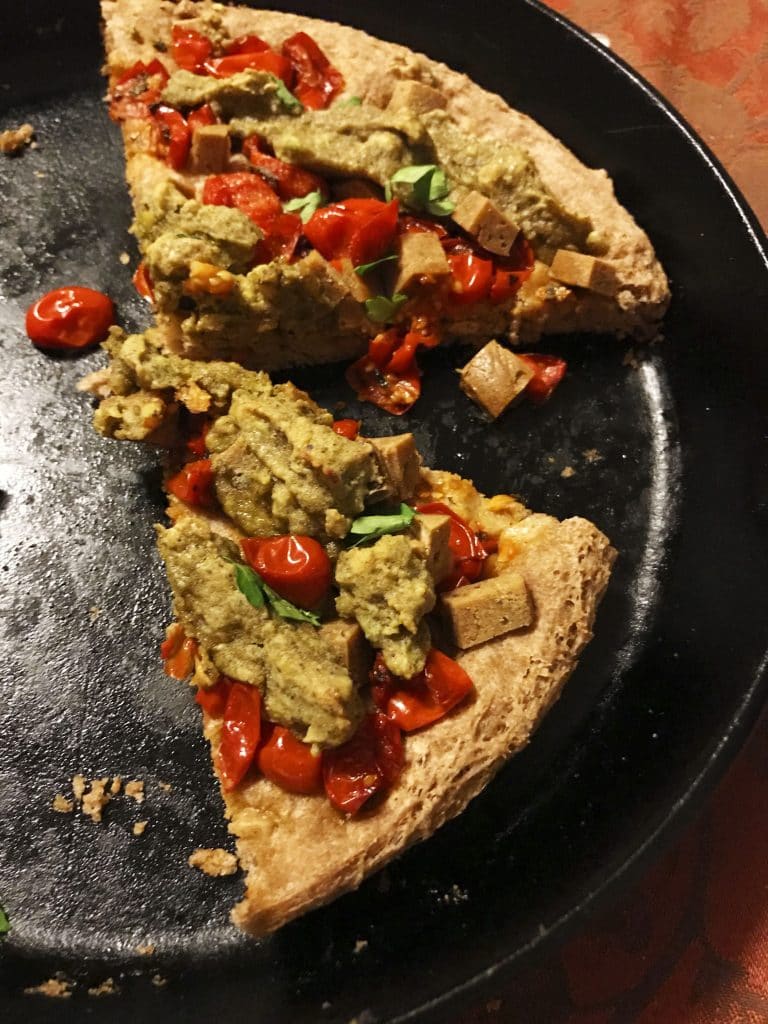 There may not be any leftovers…

A Creamy, Green Vegan Pizza Topping Made from Pistachios

All it takes is a blender. This one is not soaked or fermented, just pureed and poured over the pizza. If you wanted, you could empty in a few probiotic capsules and let the mixture sit our for a day to ferment a little. But, really, this is a quick solution to the DIY vegan pizza cheese.

It Really Came Together Faster Than You Think

Mix dough, let rise, puree pistachios, quick saute some tomatoes. The ham is already made, in this scenario. The cast iron pan gave the whole wheat crust a lively crisp edge, and held the heat to keep the pizza warm at the table as we worked out way through it.

It might serve four, or if you are two hungry people, you might have one slice left over for lunch.

Maybe. And that’s a sign of a good pizza! 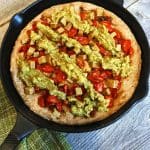 Instead of seeking out non-dairy cheeses, why not puree a lovely pistachio topping instead?
Course Main Course
Servings 4
Author Robin Asbell