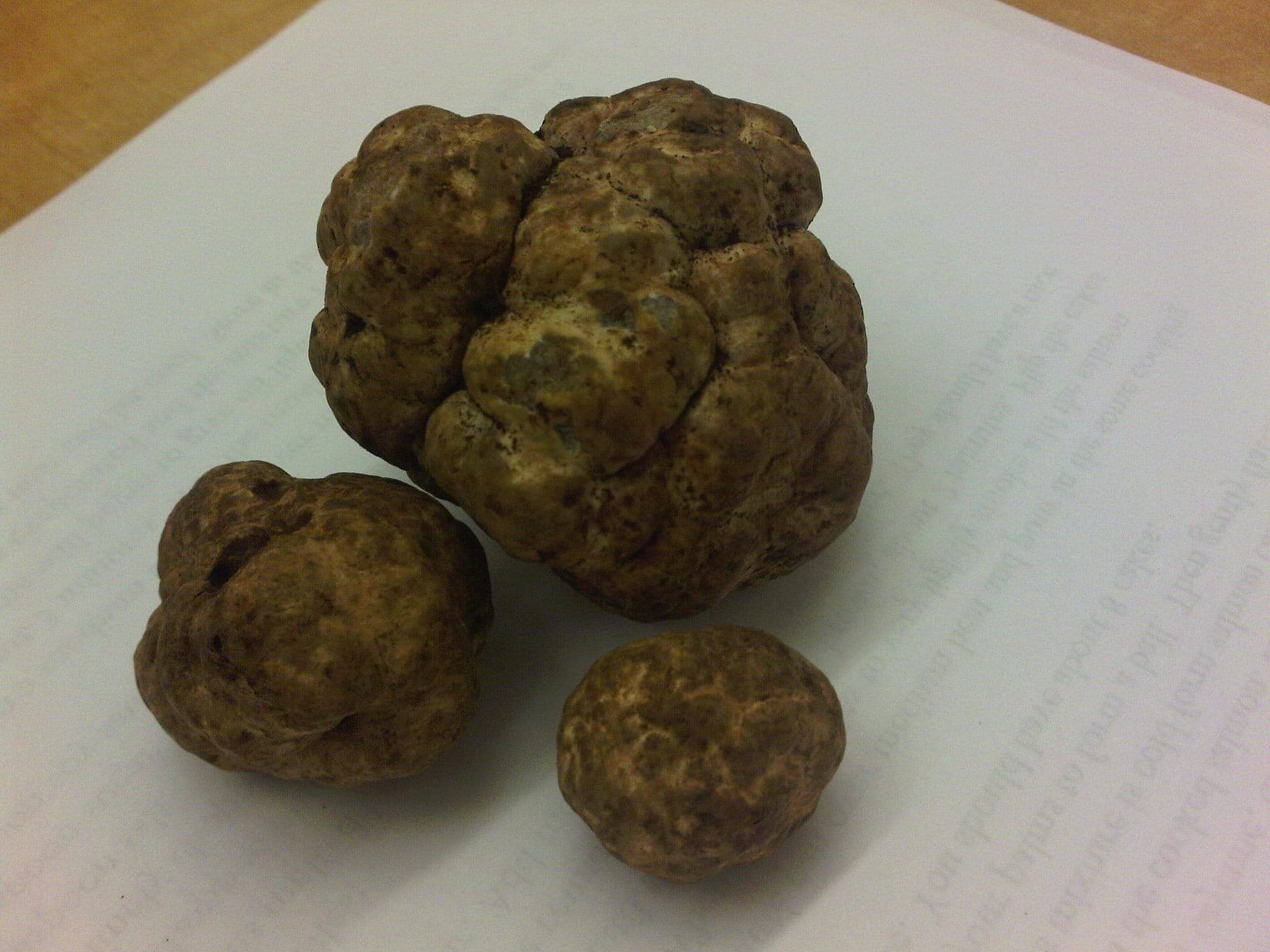 Can't you just smell it?

I first had real, full on fresh and fragrant truffles in Tuscany. It was life-altering, entering restaurants during truffle season, where an intoxicating scent seemed to hover in the air. Ordering a plateful of gnocchi with white truffles was like participating in a bacchanal that dated back into the ancient Roman days. The warm, pillowy dumplings were brought to the table, where a sturdy Italian man would unwrap a knobby white truffle from a length of cloth, then thinly shave it over the steaming gnocchi until the plate was covered. The heat from the dumplings and their creamy sauce warmed the paper-thin truffles, releasing their intense, mushroomy magic, forming a plume of the most intriguing smell.

It was especially gratifying to have such a decadent, gourmet food that was totally vegetarian. No prosciutto, no foie gras-these little fungi are sought after the world over for their plant-based allure.

We were hooked. I brought back jars of truffle paste, truffle oils, and a craving for truffles. I was soon to find out, truffles are an expensive and often disappointing addiction. A fresh Italian truffle in season can set you back a few hundred dollars, and if you aren’t careful, it might have already lost its powers by the time you get it. Truffle oils were exposed some years ago as fakes- chemists figured out the one compound needed to mimic the truffle, and they manufacture it by the tanker load. I heard rumors of domestic truffles, but had never seen one, and wondered if they were some kind of myth.

So when I had a chance to take a class on Oregon truffles, while I was in Portland for the IACP conference, I signed up. The instructor, Jack Czarnecki is a scientist, chef, and truffle maniac, who shared his knowledge and some tasty samples. I now know that the fake truffle oil is made by adding 2.4-dithiapentane, a gas that occurs in real truffles. It is not listed on any label, and often called “truffle flavor” or “truffle aroma” to make you think you are buying the real thing. Using olive oil or adding tiny shavings of real, dried truffle are ways the manufacturer camouflages the ruse. Jack was of the opinion that most people like the fake just fine, but it’s not the same.

And the Oregon truffles?

Cousins to the European varieties we love, the Oregon truffles have their own unique needs to grow, and they are quite different, and lovely, to smell and eat.

We always hear of truffle pigs and dogs, used to find the truffle in Europe, where the truffle grows under a few inches of dirt, at the base of certain trees. Oregon truffles grow near Fir trees, and nestle just under the “duff” of fallen needles and leaves. Jack says a dog is unnecessary, just watch for squirrels, who are drawn to the smell of the ripening truffles. A small rake is all that is needed to harvest the stash. According to Jack, one of the problems with these truffles is that they can be harvested too soon, before the scent is in full flower, and sold to unsuspecting buyers.

After examining the truffles, we were treated to a tasting of white and black Oregon truffles, a French white truffle oil, and a fake. We also indulged in a hunk of gouda that had been infused with black truffle scent by storing the two in a bag. 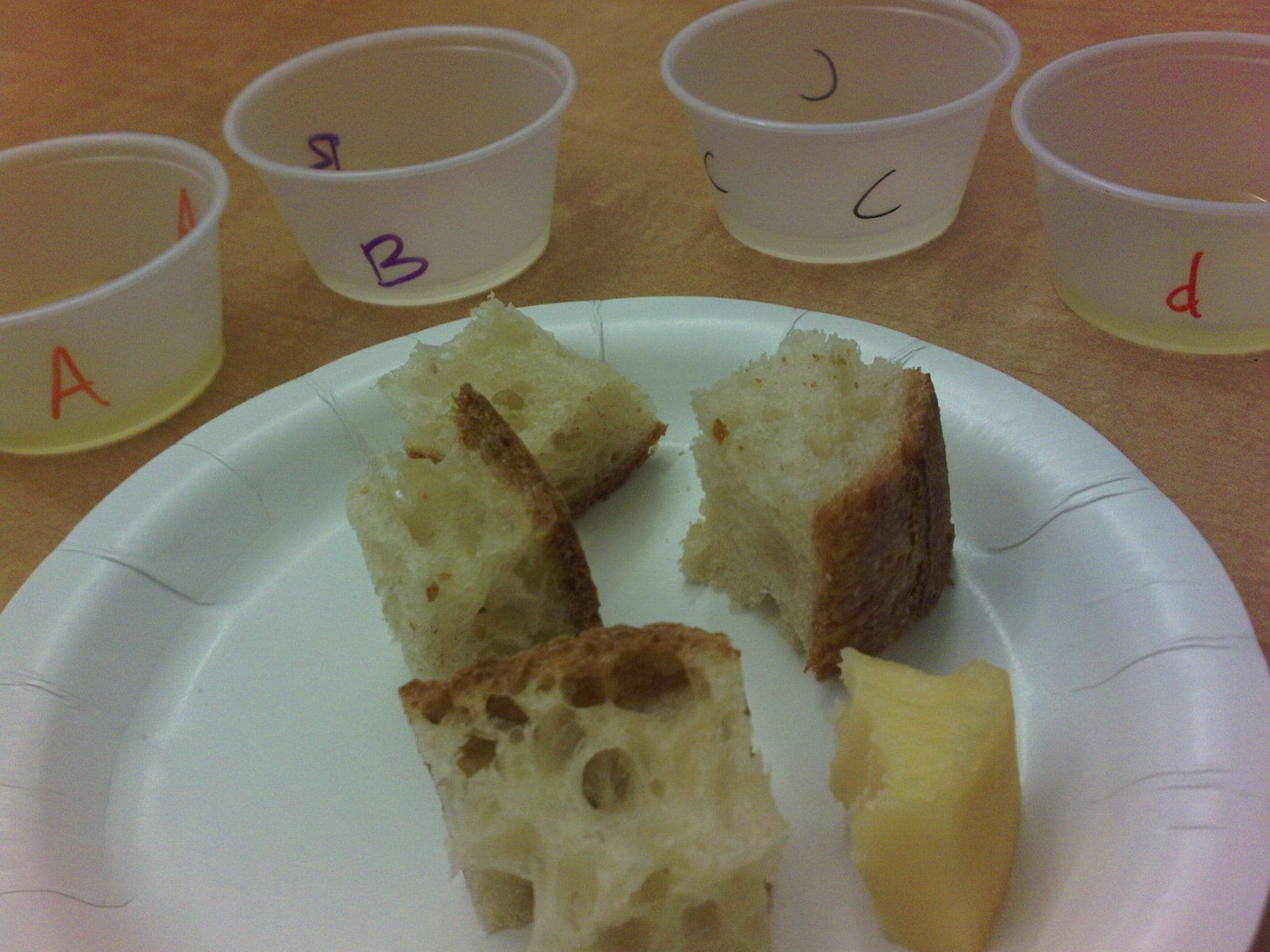 My truffle sampling, I couldn't wait to eat the cheese

So did they stack up? The Oregon white truffle is similar to the white truffle of Italy, but less intense. It has floral and herbal scents that add depth and complexity that is subtly enticing. My favorite were the black, which has an intense bouquet, with all the funk of truffle plus mango, chocolate and an earthy note. Jack’s infused oils were a good way to taste them, but I wished I could have had them scattered on a hot plate of gnocchi.

Of course we could all tell which one was the fake, with a single, strong scent that hit you over the head.

Still, I am very pleased that I got to experience such a taste of place, a unique food that grows nowhere else in exactly the same way. I recommend trying them if you can get them.

Or ordering Jack’s oil from https://www.oregontruffleoil.com/ 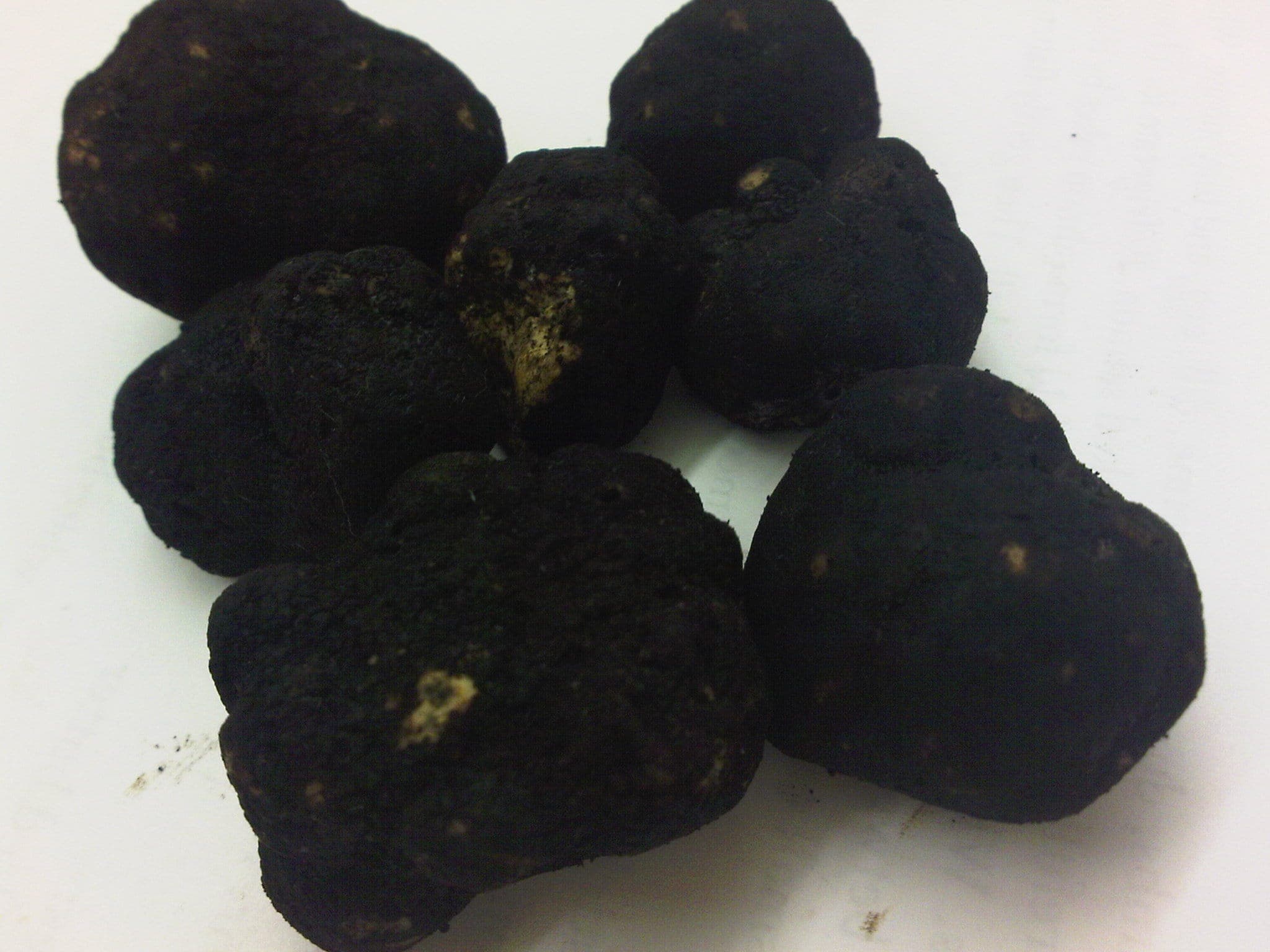 So Different from European