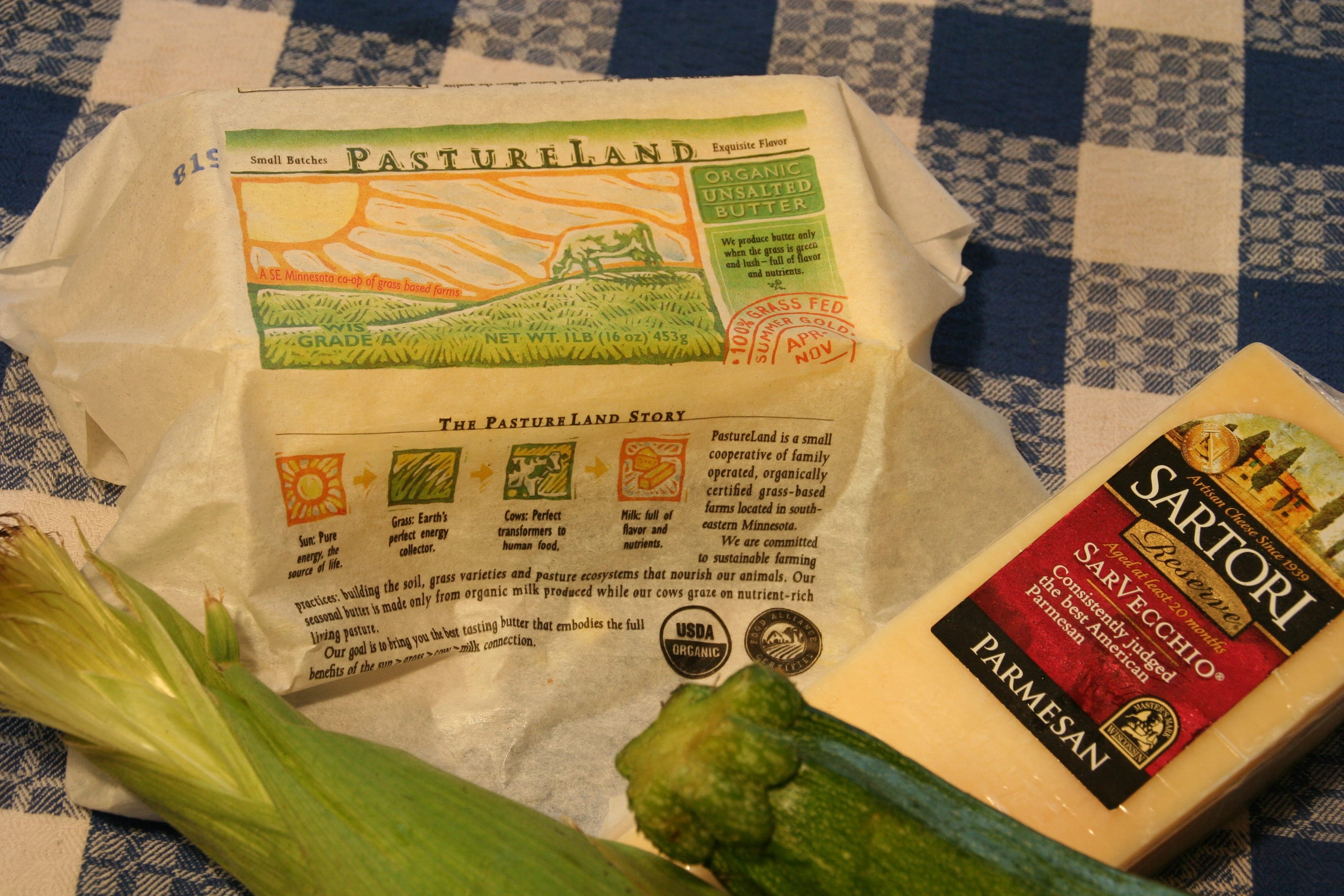 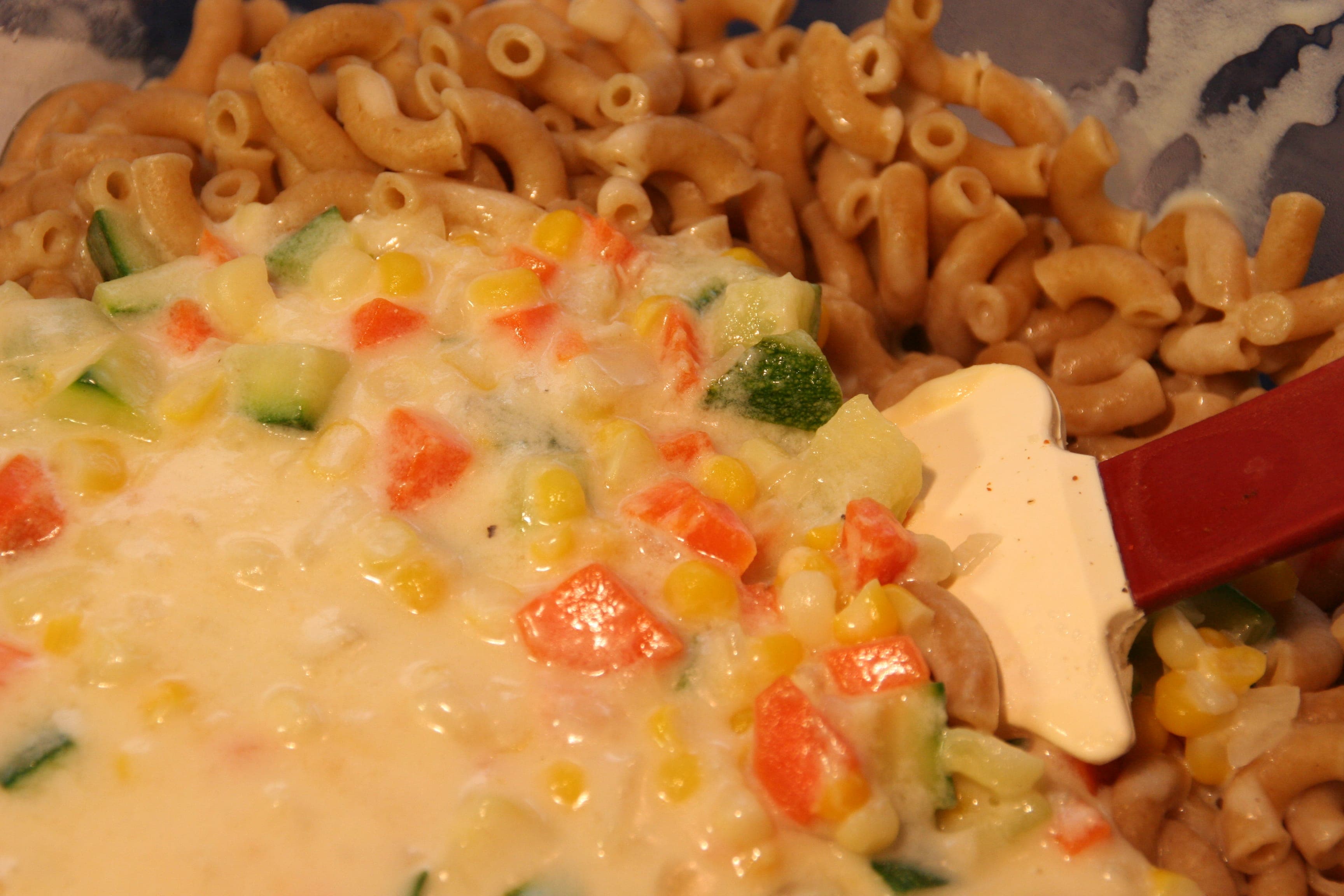 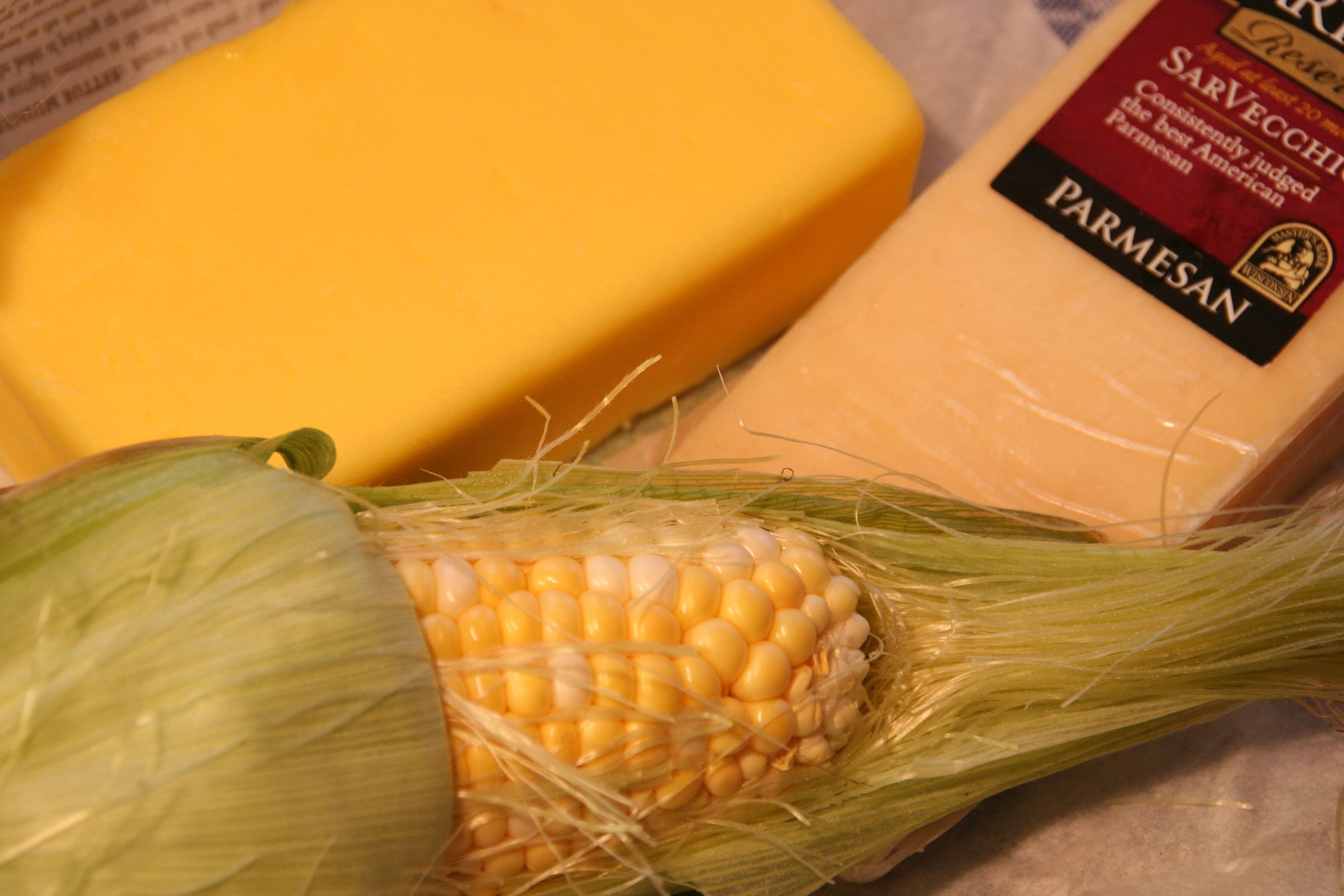 grass-fed butter is as yellow as corn, rich with carotenoids from plants

Comfort. In these times of global anxiety, we all crave a little bit of escape. Even vegetarians and health conscious eaters are feeling it.

According to the Food Marketing Institute’s US Shopper Trends Report for 2009, we have all changed where our food dollars are going this year. 55% of respondents have cut back on dining out, and 66% say they are buying store brands instead of name brands, all in the name of saving money. The unsettling trend is that a good number are also cutting back on healthy foods in favor of splurges on indulgences like ice cream and chocolate. Hmm.

Of course, there are other folks who think we can get all that under control with a “fat tax.” In July 2009, a non-partisan group, Urban Institute, released a report about the 20 billion dollars that we spend each year in health care costs for obese people, and how we could reduce the rate of obesity if we taxed certain foods, and used the tax money to subsidize fruits and vegetables. As much as my rebel food friends despise the idea of anyone telling them what to eat, we have done this with tobacco pretty successfully.

The taxes that were imposed on tobacco were used to educate the public on the dangers of smoking, and the percentage of the population that smokes went from 42.4% in 1965 to 20% in 2007.

And there is a good case for taxing sugary sodas, now that the results are in. States that imposed special taxes on soft drinks did see reductions in their use. What was telling was that states that repealed their soda taxes were 13 times more likely to see an increase in obesity.

France, by the way, taxes candy, chocolate and margarine at 19.6%, while other foods are at 5%. And these are the French, who riot in the streets over farm policy-something Americans might want to emulate. The Urban Institute proposes a 10% tax on candy, soda, and other junk and estimates that the revenue over 10 years would be $530 billion, paying at least half of the costs of reform.

If you have been paying any attention to the health care debate, you may have noticed that when industries are making alot of money on something, they are very reluctant to stop doing it. The soda and candy industries would pump billions into lobbying against any such changes, and with all the problems our country faces, this is unlikely to happen anytime soon.

So what’s a vegetarian shopper to do? We can economize and still eat healthfully, if we put our minds to it. Acknowledging that we need some comfort foods and picking them mindfully is far better than pretending we don’t and then mindlessly stuffing ourselves when snack sized candy bars go on sale at the drugstore.

The farmers market is the place to be these days, with kale so tender that even kids like it, sweet corn that tastes like candy, and peaches and apples that genuinely do hit those comfort zones. You know what your comfort foods are- whether it is ice cream or mashed potatoes, chocolate or mac and cheese. Try making them in smaller quantities and balancing them with more veggies. And if you are stressed, looking for times to get some exercise is a really good way to work that out while burning off the extra carbs you might ingest in pursuit of comfort.

OK, cut back on some things, but I used grass fed butter, a local gem from Pastureland, and that one tablespoon adds great flavor to the organic skim milk. Lottsa fresh seasonal vegetables and whole grain pasta round out a healthy but comforting meal.

1 ear of corn, kernels cut off

Bring a big pot of salted water to a boil for the macaroni. In a 4 quart saucepan, melt butter, then saute all the vegetables together for about five minutes over low heat. Cook the macaroni and drain.

Transfer the mac to a casserole and stir in the sauce. If desired, top with more cheese and bake until bubbly, or eat the way it is. This is a good one to make on the weekend and bake off later in the week when you need a fast meal.