Vegetarians Represent at the Olympic Games 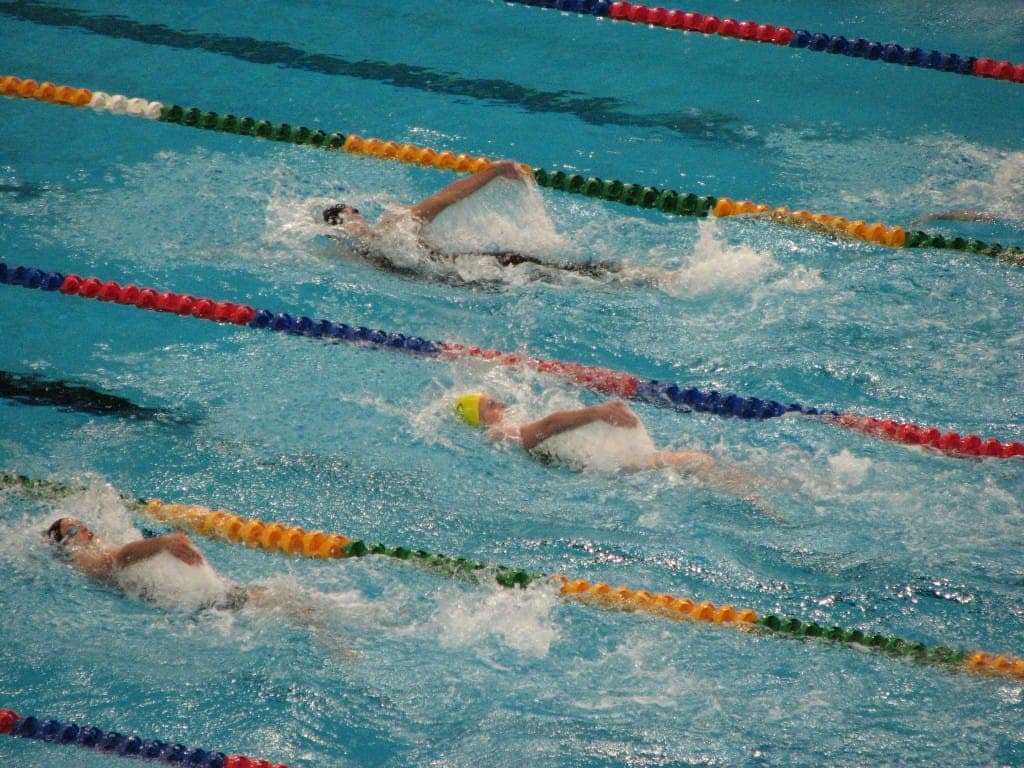 Whether you were glued to the TV for the Olympics the is past week, or just catching the highlights on the news, you probably heard about Michael Phelps historic win, or the Badminton cheating scandal. You may not have heard, though, that this year, a few of the athletes are not just representing their home countries, but the veg lifestyle.

The pressure on competitive athletes to win is probably only matched by the pressure put on them to eat meat. The myth that building muscle requires eating lots of animal muscle is ongoing in the athletic community. All it takes is one look at past and present veg athletes to see, you can build plenty of strength with plants.

Lizzie Armitstead, who won silver in cycling for Britain, has been vegetarian since she was 10. She said in an interview that she eats cereal in the morning, toast with beans for lunch, and curry for dinner most days, and doesn’t follow any nutrition fads.

Natalie Coughlin, swimmer, advocates eating lots of kale and green smoothies, and leans toward a mostly plant based diet, although she admits to occasional small portions of meat.

Former Olympian Carl Lewis went veg after winning his medals, and credits it with extending his career and making him a better runner. Rhonda Rousey was the the first American woman to win a medal in judo in 2008, and became vegan afterward and went on to be a top MMA fighter. Hannah Teter, a snowboarder with gold and silver medals, has been vegetarian since 2009, and feels stronger for it. Bode Miller, another snowboarder, has been veg for years, and now owns a farm in New Hampshire.

The list goes on, all the way back to medalists in the 50’s and 60’s, including lots of incredibly beefy bodybuilders. But the myth just won’t die.

So, if you keep hearing that you need meat and dairy to keep up with your workouts, just remember, these people are elite athletes, people who train hours and hours every day. The average person doesn’t even touch the amount of training they do, and yet we all are programmed to push protein like we are competing, too.

If you really are looking to explore getting into shape with a purely plant based diet, you can’t go wrong by checking out Brendan Brazier. His books, lectures and wildly popular food supplements are the cutting edge of vegan fitness.

So, in honor of the Olympians, cook up some quinoa and lentils, or have some beans on toast. A green smoothie with spinach and fruit is a great idea, too. If only my green smoothies gave me abs like Natalie Coughlin.

In a soup pot, heat oil and add onion, ginger and jalapeno. Saute,stirring, over medium high heat for 5 minutes. Add cumin and curry powder and stir for 1 minute before adding cauliflower and carrot stir to coat with flavors. Add lentils and water and bring to a boil. Reduce heat to low and cover tightly. Simmer for 30 minutes, checking and stirring halfway. When lentils are falling apart, take off heat, salt and adjust seasonings to taste. If a smoother texture is desired, puree.

In a medium pot, bring the water to a boil and add the quinoa and a pinch of salt. Return to the boil and cover, lower heat to the lowest setting and simmer for 14 minutes. When all the water is absorbed, take off the heat and let stand for five minutes.

Serve the lentils over the quinoa or toast, and feel your body soak up protein.