Macro is Alive and Well at Mana 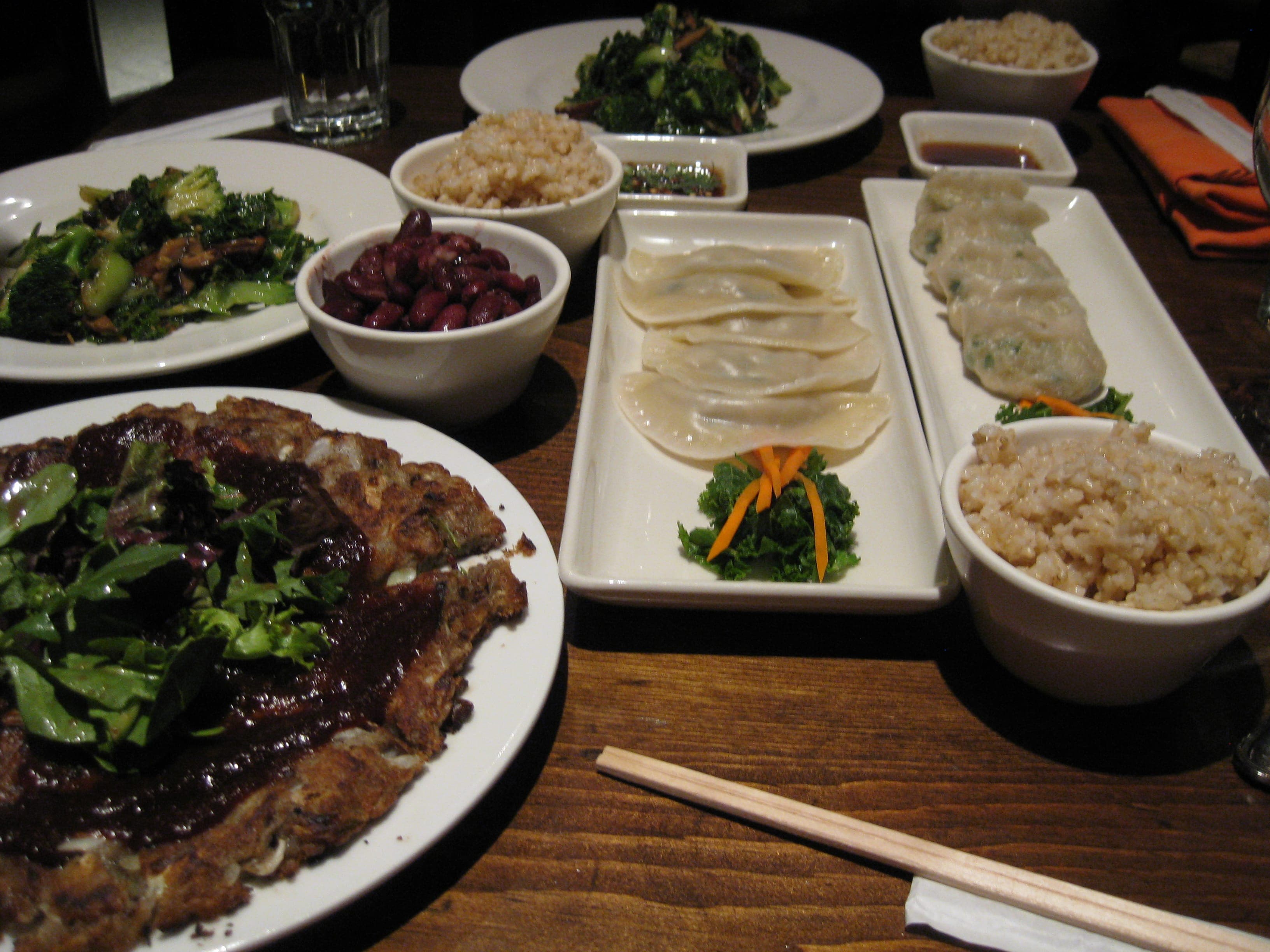 When I started learning about vegetarianism, way back in the 70’s and 80’s, the word on everyone’s lips was “macrobiotics.” While American vegetarians were eating mac and cheese and pizza, followers of Macrobiotics were into something else. If you are not familiar, Macro is a way of eating that is all about balancing the energy in the food, and balancing your body and mind in the process. It’s based on Japanese ways of thinking about food and the Universe, and the food reflects a deeper Asian aesthetic, as well.

In a macro way of looking at healthy eating, food is analyzed as to its yin and yang qualities. Yang foods are heavy and dense, and bring heat to the body. Meat and dairy are very yang. Yin foods are light, diffuse, and cold. Sugar is very yin. All foods have some balance of yin and yang within them, but generally, whole grains are the most balanced, and therefore balancing, foods. Macrobiotics eat 60% whole grains, 20-30% vegetables, and 5-10-% beans and soy, and sea vegetables, fruits and moderate amounts of fat. Small amounts of fish might be consumed. Foods like miso soup, seaweed, sesame and kanten are important. Eating local, low on the food chain, and organic, with no processed or refined foods is a core principle. A seasonal emphasis also promotes balance, with heavier roots and beans in winter and more leafy, light foods in summer. Certain foods, like nightshades eggplant, tomato and pepper and tropical fruits are not recommended.

Of course, that is just a quick summary, but you get the gist of it. Macrobiotics is very plant-based.

Somewhere along the line, Macro just kind of took a back seat to vegan, in recent years, even though the two have much in common.

I was excited to get a chance to go to a macrobiotic restaurant in New York City, accompanied by vegan blogger Sharon Nazarian (her blog here) and vegan pastry expert, Fran Costigan (her website, here). The restaurant, called Mana Organic Cafe, is run by owner Sung Lee, who graciously introduced herself to us, probably because we were photographing our food. It was a treat to share a spread of modern macrobiotic, vegan food.

Of course, when I saw dumplings on the menu, I had to have them. We shared two kinds, one filled with curried sweet potato and one with chopped vegetables. With dipping sauces, they were wonderfully comforting and fun to eat. I also ordered the Okinomiyaki pancake, in part because I created a recipe for one in my book, Big Vegan, and wanted to see how they did theirs. It was a lovely, dense cake, made up of sauteed cabbage and vegetables and mashed tofu, topped with a sweet tomato sauce and some salad greens. On the menu it was billed as macrobiotic “pizza.” 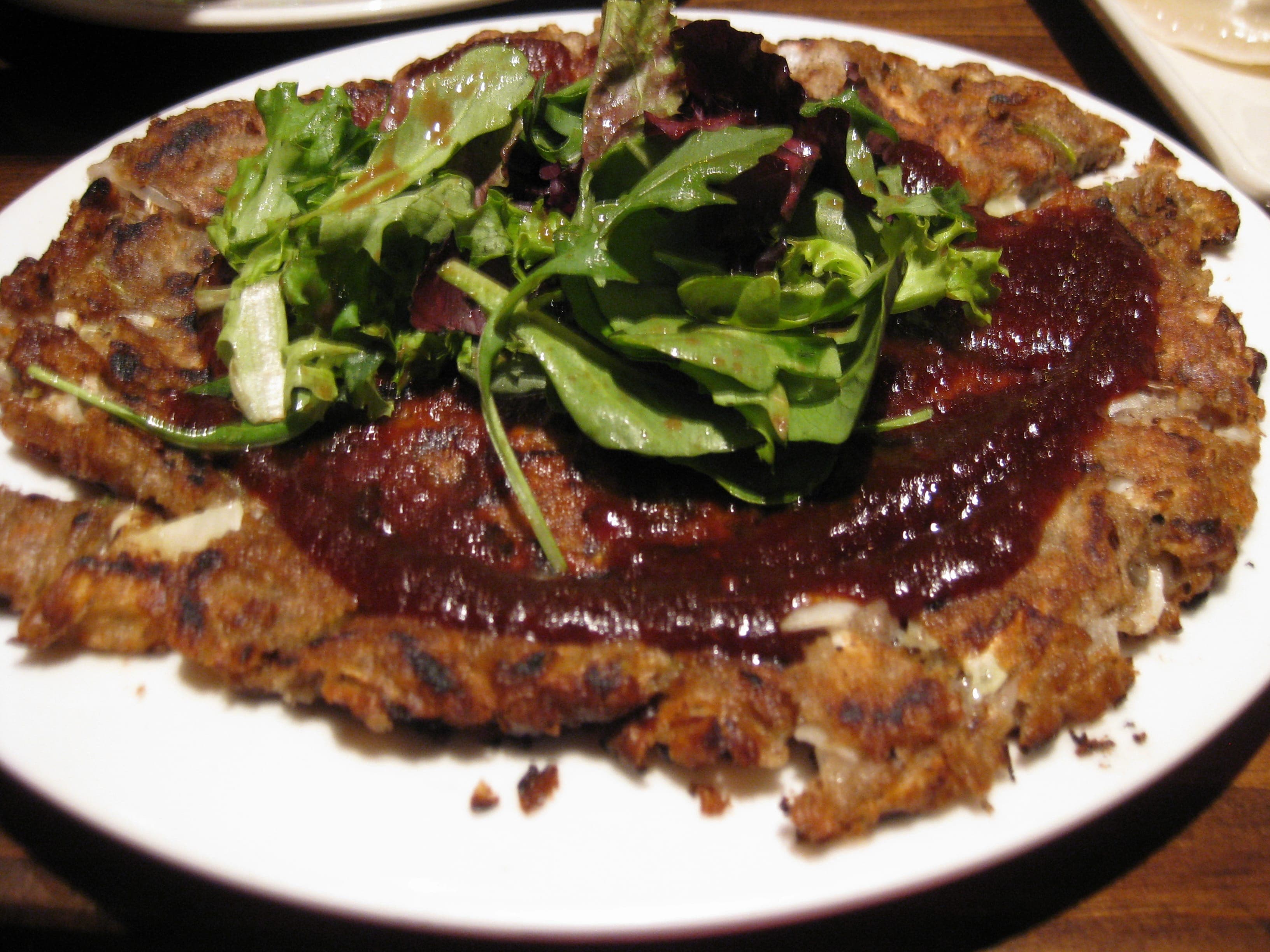 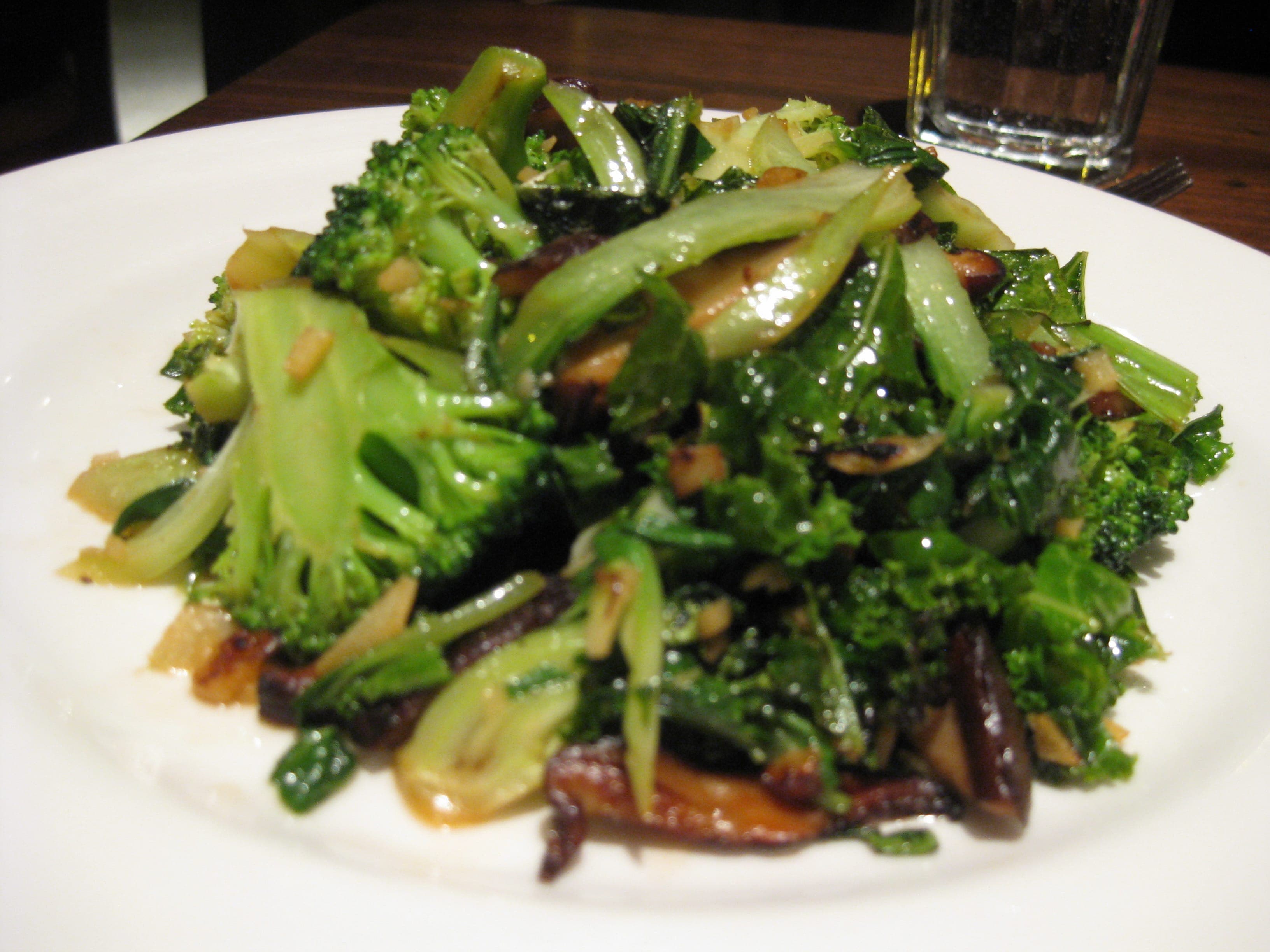 I love it when I can get beans, greens and rice in a restaurant, and it was great fun to share a meal with some vegan ladies. It would have been fun to try some nori rolls, soups, and other entrees, which all looked delicious, as we watched them being delivered to other tables. A specialty of the house is the Mana bowl, a big steaming bowl of broth, noodles and vegetables that smelled divine.

Vegans and vegetarians would do well to take a walk on the macrobiotic side, and get into the centering, nourishing foods at the core of the macro way. It can be fun to eat a vegan version of the Western diet, but if you are eating alot of refined food and forgetting your grains and beans, it’s time to start balancing the yin and yang on your plate.

You’ll feel better for it!