The Best Weed Ever 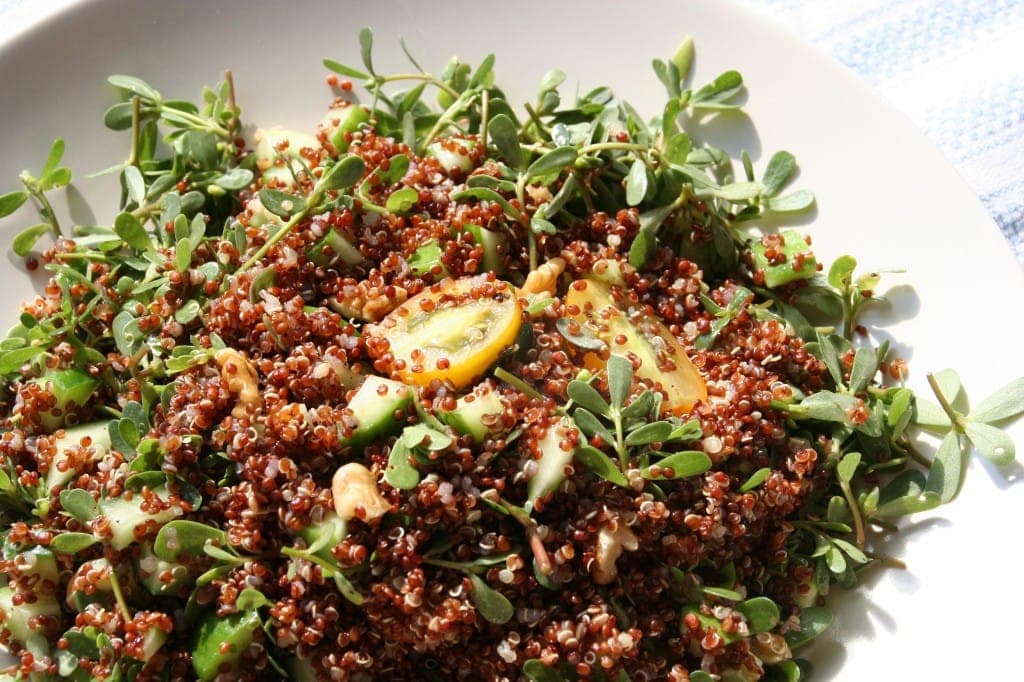 Quinoa and Purslane Salad with Walnuts

Ok, maybe I tricked you into coming here after your search for “best weed”. But, you are welcome to weigh in on my assessment. I really think that Purslane, also called “pigweed” could well hold the title of best weed. 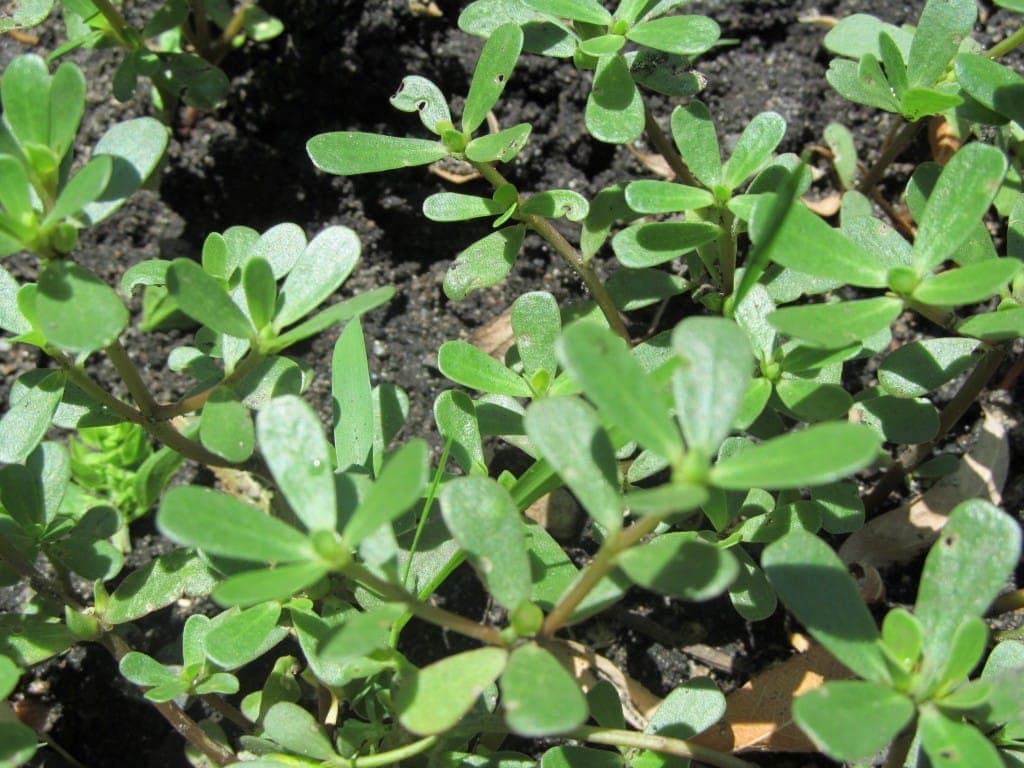 Maybe I should call it a wild-foraged plant, kind of like how we try to call seaweed “sea vegetables” to make them sound better. So, like many gardeners, I have often ripped out and thrown away this little plant, with it’s sprawling habits and plump, juicy little leaves. Even after I knew what it was, it just sprang up in between the rows, and unless I was making salad right then, I might just throw it in the compost.

Then I saw it on a menu in an upscale restaurant, and thought, maybe purslane’s time has come. It’s being grown or foraged for chefs who want something unique, and here it is in my yard.

You see, as vegetarians, we should be farming this stuff, and eating more of it than spinach. Why? Well, like spinach it has lots of vitamin C, antioxidants and fiber. But it really shines when it comes to Omega 3’s. These succulent, lemony little leaves are like the salmon of the plant world, with 350 mg of alpha-linolenic acid per 100 g.

It’s one of the best green vegs for vitamin A, and has decent amounts of lots of minerals, like magnesium and potassium. Like other lemony tasting leaves, it has some oxalic acid, so people who have problems with that should keep it to a minimum.

My little garden gem is so prevalent that I see it in cracks in the sidewalk, alongside parking lots, and trying to take over herb pots outside.

So, if you are looking for a vegan source of Omega 3’s, this is the cheapest possible one. Avoid eating anything that might be sprayed or polluted, and go for a foraging hunt. It takes some washing to get it all clean, but once you have it, it’s versatile. It can be eaten raw, as in the recipe to follow, or steamed, or stewed into soups. It’s slightly sticky juices actually thicken things a bit. Think of it as spinach with a little lemon added, and go to town.

It’s Farmers Market season, and I had some excellent cukes and tomatoes to throw in here, but feel free to use whatever is best-some fresh corn kernels, zucchini, peppers, all would be good.

1. Cook and cool quinoa. Wash the purslane well and remove the tough stems. Spread some on the rim of the platter for garnish, then toss the quinoa, purslane, cuke and tomatoes in a large bowl. Whisk together the walnut oil, lemon, salt and pepper and pour over, add walnuts and toss. Serve or chill for a day.