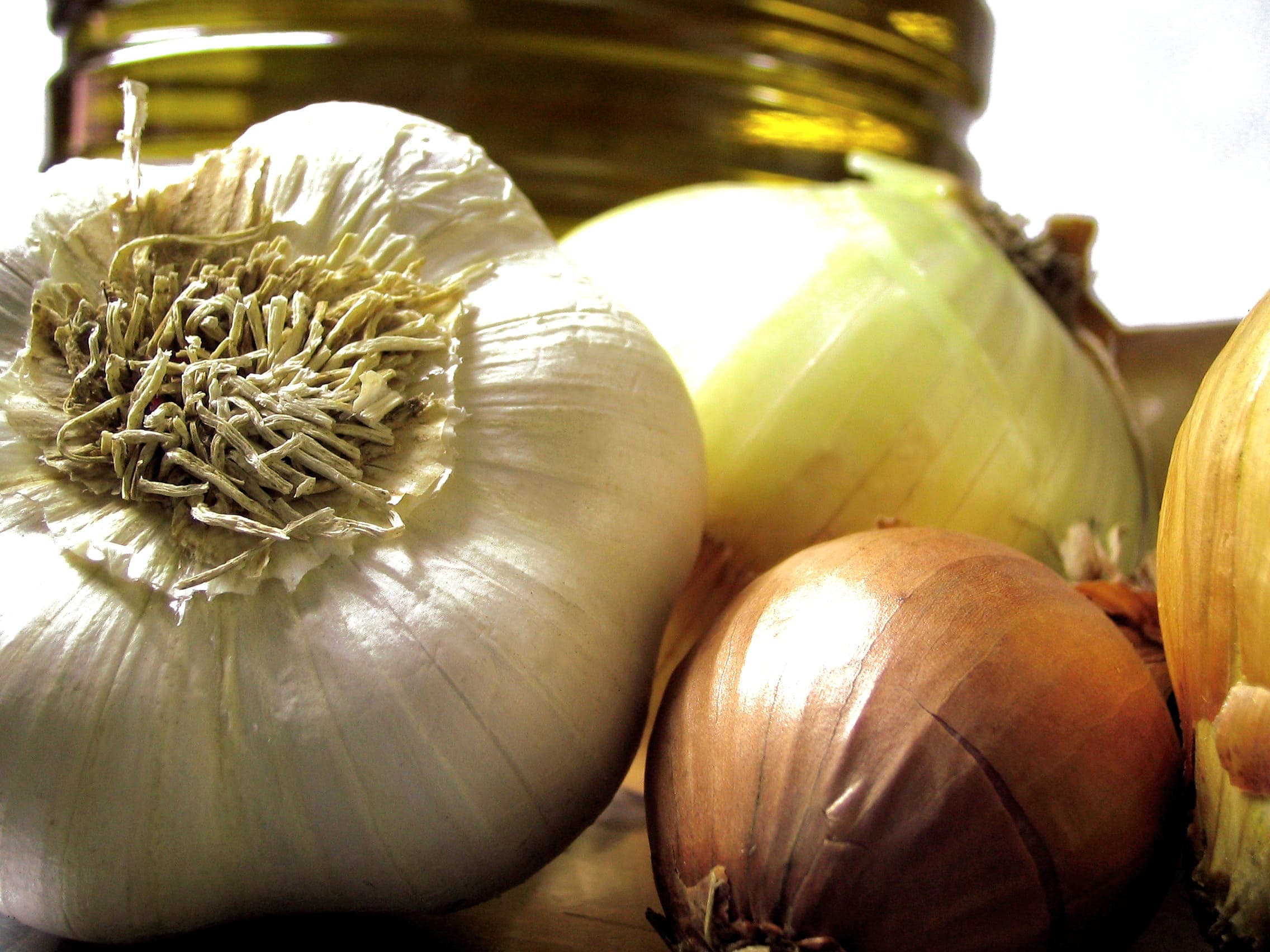 As we enter the seasonal blip that is the month between Thanksgiving and the big December holidays, things fly by. We also end up in the kitchen alot, even the people who don’t really like to cook. So, let me suggest one thing that will make your vegetarian cookery just a little bit better.

Not the beef-bone kind, but the gentle, veggie kind. Unlike meat stocks, which can involve days of simmering and defatting, veggie stocks are best simmered for less than an hour. They are also a great way to use up all the celery tops, onion trims and carrot butts that seem to pile up this time of year.

Veggie stock is one of those ingredients that you might be able to get by without, but it makes alot of things better. According to Harold McGee, when we simmer vegetables in water, we break down their cell walls, releasing salts, sugars, acids, and savory amino acids, as well as aromatic molecules. He recommends cutting the veggies in small pieces, and sauteing them first, so the oil will act as a solvent to tease out the molecular magic. He also recommends the umami boosting mushroom and tomato, and keeping the water to veggie ratio a 1 to 1.5 or 2, so that you don’t dilute your veggie goodness.

I once had a job just making stocks and soups, and have made more gallons of the stuff than I could guess. And I can tell you where most cooks go wrong.

First off, I always save good trims for this. As long as your celery, carrot or onion is not rotten in spots, you can trim the dried up bits and use it. The rest can compost. Not only are you saving money and using stuff up, but you are extracting the last bit of nutrition from those veggie bits.

Second, the key thing is DO NOT BOIL. Over and over I wrote this in caps in my prep recipes, and over and over prep cooks boiled the heck out of the stock, thinking it would have more flavor. Sure, if you like the flavor of bitterness.

Third, don’t put any strong stuff in there, like cabbage or broccoli, unless you are making soups that work with those flavors. Stick to the aromatics of onion, carrot, celery, and garlic if you want. From there, you can stay basic, or start building flavors for certain uses. The umami rich mushroom is great for basic stock, or you can use lots of dried mushrooms for a really mushroomy base. If you want to add sweetness, sweet potatoes or apples can contribute. Parsley stems are all-purpose, but don’t go too heavy on herbs. If you are making something herby, a few stems of thyme or rosemary will harmonize. Bay leaf and peppercorns are always a good bet. If you are making an Asian soup, ginger and soy sauce will give it a good flavor.

Just chop some onion, carrot and celery, including the onion skins. Saute in a little olive oil until golden, then add 1.5 cups water for each cup of veggies. Add whatever else you want, and bring to a gentle simmer. 45 minutes uncovered, don’t boil, then strain. If it’s not as flavorful as you would like, boil it to reduce after straining. After reducing, salt to taste. There you have it. You can portion it out and freeze it, or just keep it in the fridge.

This all purpose stock is not just for soups, think of it as a little complexity and veggie-goodness that can infuse into all sorts of foods. Cook your grains with it, glaze your carrots with it, use it in gravy and sauces.

Have some stock in the bank, and you have a flavor secret on hand!