Is Your Spice Rack Better than a Medicine Cabinet? 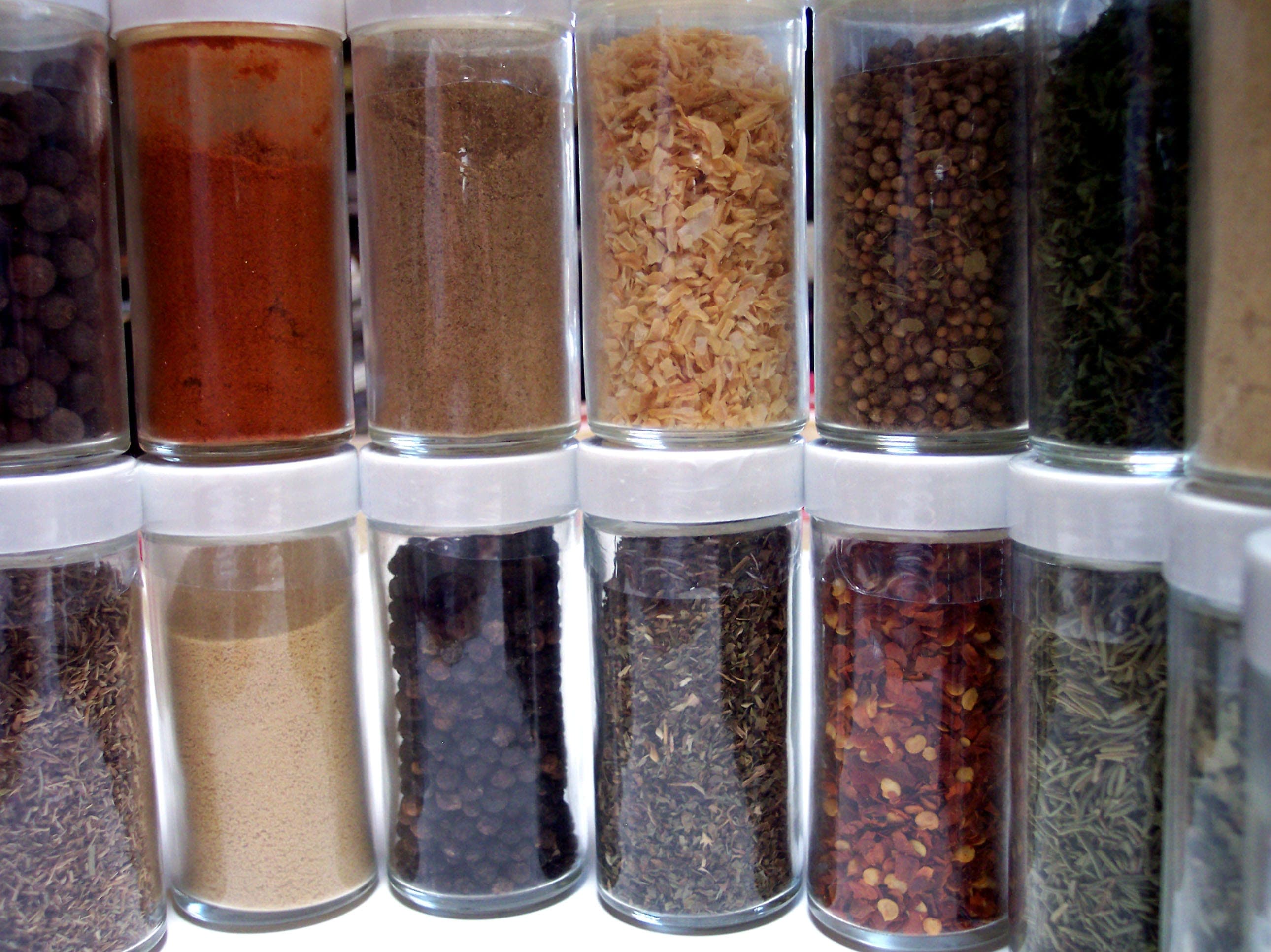 Open These Jars for Great Health

We have known for some time that spices like turmeric and cinnamon have health benefits. Turmeric is a potent antioxidant and anti inflammatory, and cinnamon is thought to help regulate blood sugar. But a recent study found that adding antioxidant-rich herbs and spices actually changed the way diners bodies reacted to a high fat meal, by reducing their insulin response by 20% and increasing the antioxidant levels in their blood by 13%. The really interesting thing was that it also reduced their triglyceride response by 30%.

The spiced meal contained 2 tablespoons of  rosemary, oregano, cinnamon, turmeric, black pepper, cloves, garlic powder and paprika. On another day, participants ate the same meal, without spices, and on both days the participants blood was drawn and tested every 30 minutes. The study was done at Penn State and published in the Journal of Nutrition.

Trigycerides are a kind of fatty acid found in the bloodstream, which come from food and provide energy. High triglycerides are a harbinger of high risk for heart disease, diabetes and stroke, and in recent years have become a regular part of having your cholesterol tested. We have also become more aware of the role of inflammation in all of these conditions.

The gist of it is that your body will be better able to process the fat in your food if you have plenty of these antioxidant rich spices at the same time. Instead of flooding your bloodstream with triglycerides and spiking your insulin, your Korma with Raita and Dal will keep you on the even keel we all want.

Try cooking with spices with an Indian recipe, like dal or rice, and try adding a little more spice than the recipe calls for, and see how you like it. Look for fresh turmeric roots in the produce department, and add them to stir fries and other veggie dishes. Of course, rosemary and oregano are on the list, too, so you can go Mediterranean and mince lots of fresh rosemary and oregano into olive oil for a bean salad or bruschetta.

Whenever we talk curry, we think India, but there are plenty of curries with turmeric, like the yellow Massaman curry of Thailand, Sri Lankan curries, even the curry of Jamaica. Basically, eat foods with plenty of color and spice, and you will probably reap the benefits.

Of course, the two tablespoons of spice per meal may be a bit much for many of us to accomplish on a regular basis. Many of these herbs and spices are available in pill form, too, so if you don’t eat enough spice to have an impact, you can always supplement.

Let your food be your medicine, and life can be tasty AND healthy. Now that is a good deal.