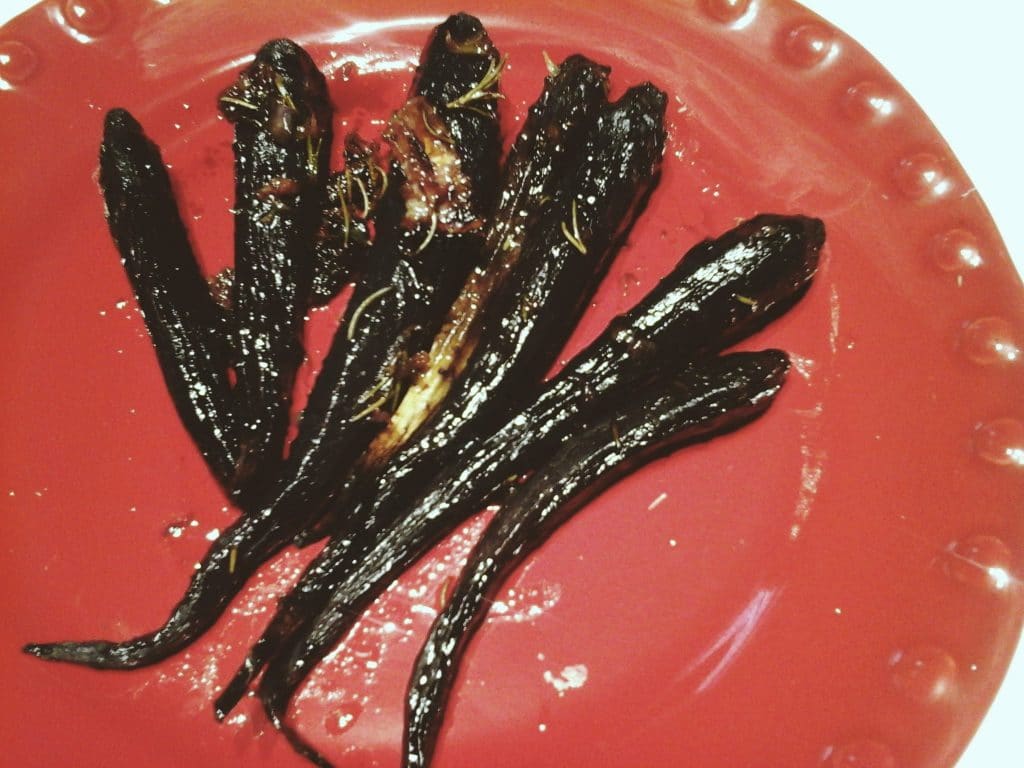 Carrots have been orange for as long as I can remember. It was just one of those things we didn’t question.

Oranges are orange, greens are green, carrots, well, you know. But the original cultivated carrot, that primal progenitor of all carrots was actually purple. The original wild ones were thought to be bitter and white, so the purple carrots were a step up.

Yes, the great great grandmother of all carrots, orange and otherwise, was a Moroccan root, purple and spindly as the day is long. All carrots were a variation on this theme until Dutch growers got creative in the late 16th century and started breeding the occasional yellow and white mutant carrots to make orange. It is believed that the color was considered a nod to the House of Orange, and Dutch independence. The new carrots were also less spindly, sweeter, and became so popular that they replaced the old purple kind.

So, here in the US, you probably grew up eating orange carrots, never even dreaming that there was another way. But over the last 20 years, all sorts of rainbow carrots have been rediscovered and brought back to production. The purple carrots that are coming to market in my Coop are certainly not the ancient Moroccan kind, but a sweeter, fleshier version, thanks to careful selection.

And like so many assumptions about how things are and always will be, the orange-ness of carrots became negotiable.

A big reason that the purple carrot got a comeback is that it is crazy rich in antioxidant Anthocyanin. That is the same purple pigment that makes blueberries such a star superfood. All that purple just adds to the already potent nutritional punch of carrots, with all those carotenoids and antioxidants. What a delicious way to get super nutrition! 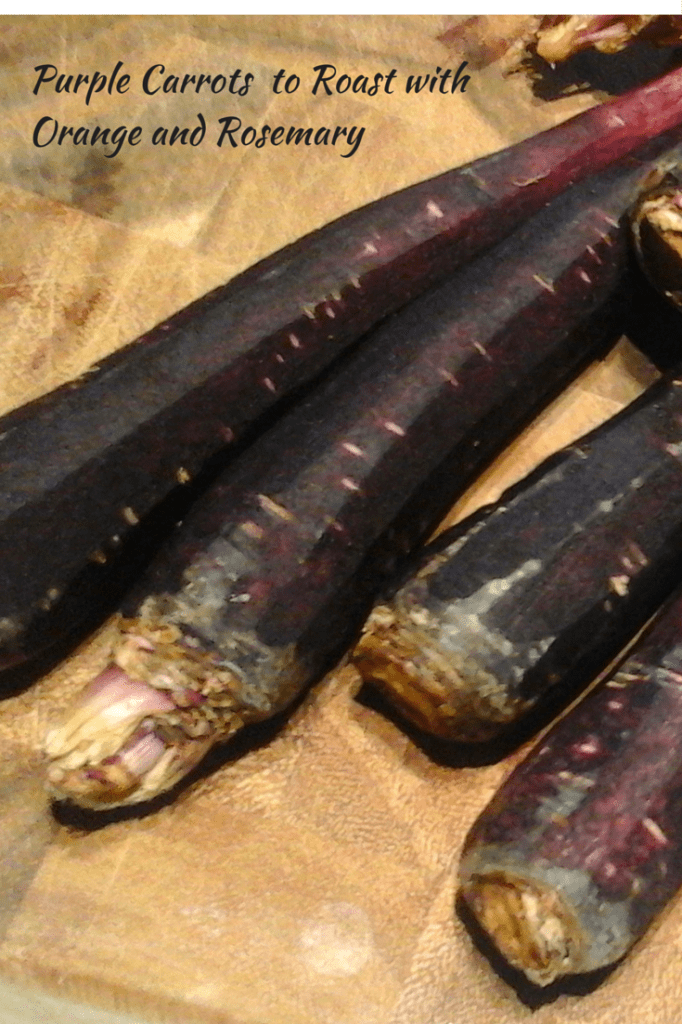 Lightly Peeled and Ready to Trim

So to do my purple carrots justice, I wanted to play them up in whole form. So, I peeled them very lightly, preserving the color. Then, I tossed them with olive oil, herbs and chunks of Cara Cara Orange. The oven did the rest.

The result was a dramatic dish, deeply purple, with concentrated sweet carrot flavor. The orange adds a little tartness, and the result is spectacular.

Purple Carrots with Orange and Rosemary

1 large Cara Cara orange or other, cut in supremes and then chopped

Preheat the oven to 425 F. Trim the carrots to preserve the base of the greens, if possible. Place in a roasting pan and toss with olive oil, rosemary, orange and salt. Cover with foil.

Roast for about 40 minutes, depending on the size of the carrots. Stir halfway. Test by piercing with a paring knife, they should be butter soft. Serve warm. Keeps in the fridge for a few days, great to serve in salads or use to garnish other dishes.