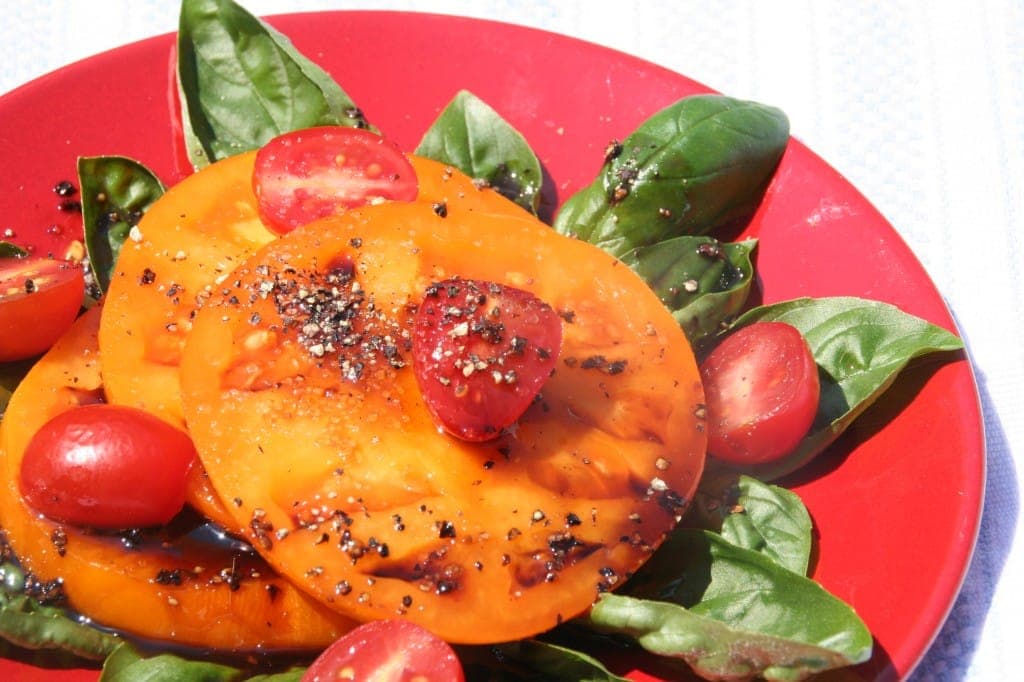 Salt and pepper are ubiquitous, such a part of our eating culture that we don’t really pay them much attention. It’s a shame, though, if you have ignored black pepper. Especially if you are using that horrible old pre-ground pepper that has been sitting in the shaker for years on end.

The flavor and aroma of black pepper are carried by volatile oils, and once the corns are ground, those oils degrade, leaving you with a dusty remainder of the glory that once was pepper. That’s why you really must chuck the ground stuff and get a pepper grinder, or just crack it by hand. For dishes where I want very coarsely cracked corns, I put them in a plastic bag and hit it a few times with the bottom of a saute pan. 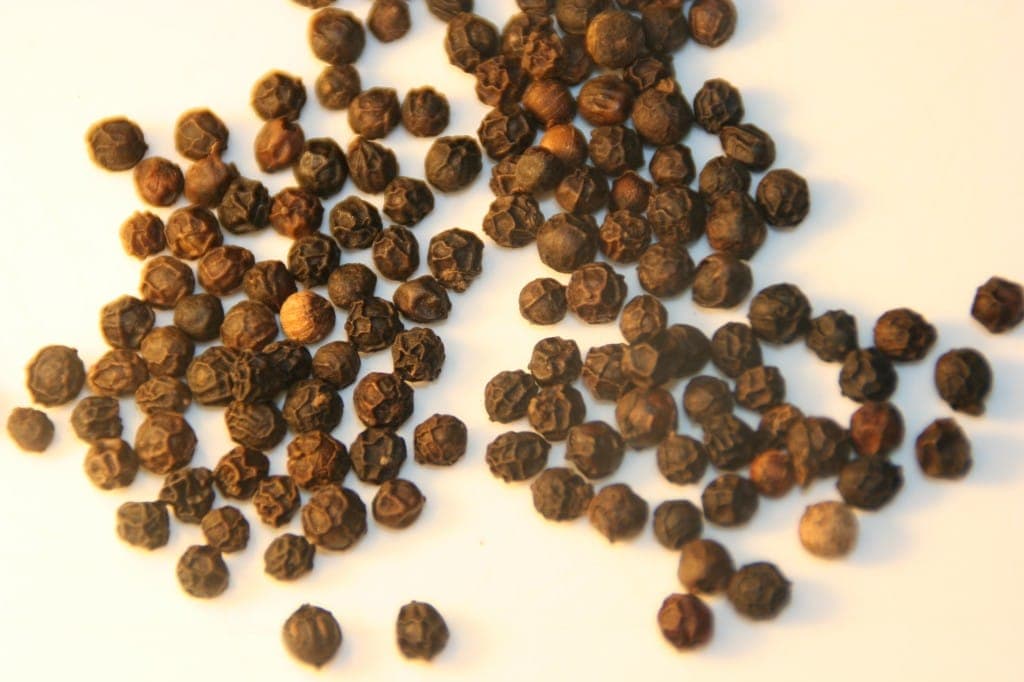 Before Columbus, Black pepper was the go to spice for a bit of heat in all of Asia, Europe, and beyond. It originated in The Indian State now called Kerala, which means that Indian food got all its heat from black pepper, not the South American Chiles that make it so fiery now. It was so valued that it was used as currency. It has long been revered as a digestive aid, and a bite of peppery food triggers the production of digestive acids, which has the side benefit of reducing gas.

Now we know that it’s anti-inflammatory, anti-microbial, and anti-cancer. It contains a chemical called piperine, that lowers blood pressure, cholesterol and even improves your mood. When piperine is eaten with turmeric, it makes the anti-cancer chemical in the turmeric even more potent.

Black, green and white pepper are all from the same berry. Like tea, the flavor is completely different depending on when it is picked and how it is processed. Green peppercorns are unripe, and often sold pickled in brine. They have less of everything in pepper, like all unripe vegetables do. Black peppercorns are picked almost completely ripe, then they are allowed to turn black, as enzymes in the outer layer of the berry oxidize and build flavor. White pepper is picked fully ripe, but the outer layer is scraped away, taking much of the heat and nutrients with it.

Peppercorns, like tea and wine, have terroir. Malabar and Telicherry are Indian peppers, from the original pepper capital of the world, Kerala, and described as aromatic and pungent. They are often hotter than other varieties, but have great complexity, as well. Sarawak is from Malaysia, and called mild, floral, and fruity, and Lampong is hot and fruity, and from Indonesia.

Why is black pepper so ubiquitous? First, the cultural traditions that put pepper in a shaker and on every table go way back, and nobody really questions why. But the great taste of pepper is a perfect way to awaken your palate. It cuts through fats, which is why it is pressed onto meats in Steak au Poivre. Compared to the vegetal, sweet heat of chiles, pepper has a zingy, pure heat, but it’s not so searing that you can’t eat a bunch of it. I like generous crackings of black peppercorns over just about any vegetable or grain, and love it over melons and sweet fruit, too.

You can become a pepper-nerd and seek out a few different kinds to compare. Crack some of each and put them in saucers, then dip bread in mild olive oil and then the pepper and taste each one. See which one you like best, or use each in specific dishes as your creativity directs.

Just make sure that you grind or crack it fresh, that is all I ask.

This simple and fat free drizzle is a great way to really enjoy pepper, as well as veggies and fruits. It’s a great salad topper, and I could see it with avocadoes, melons, strawberries, you name it.

Salt and pepper to taste

1. Mix the balsamic, maple and cracked black pepper in a small saucepan and bring to a boil over high heat. Reduce to medium, for a good simmer, and cook for about 5 minutes. You should reduce the liquids to 1/4 cup. Add salt and stir to dissolve. Cool to room temperature.

2. To serve, slice tomatoes and basil, drizzle with glaze, crack more pepper and sprinkle more salt over to taste.