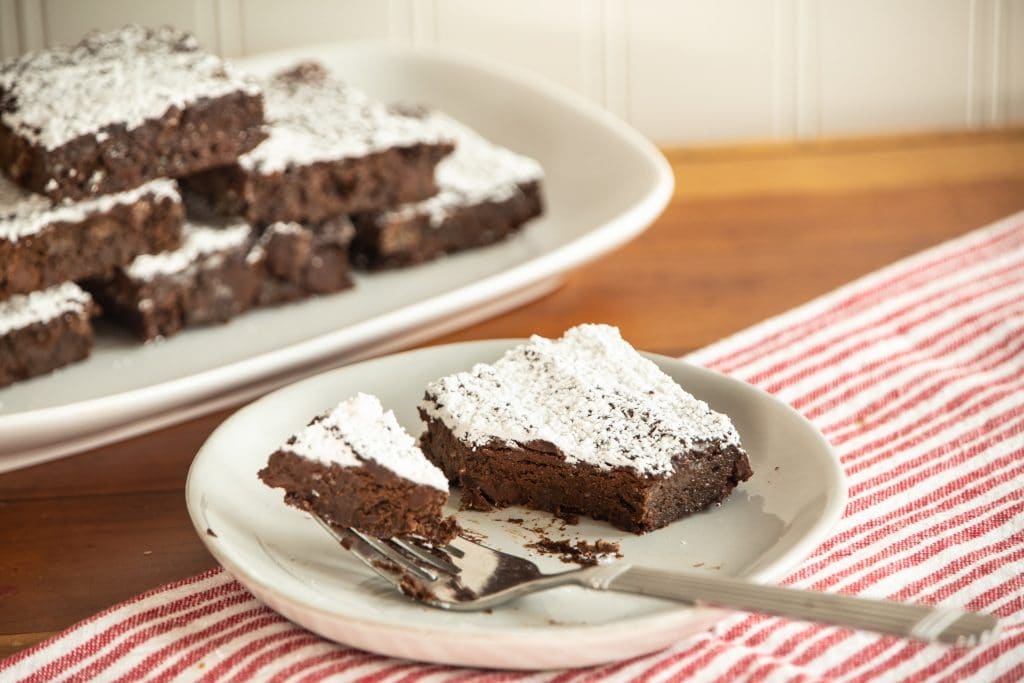 So deeply chocolatey that nobody will notice they are zucchini brownies!

Chocolate is always in season, isn’t it? Whether we are snuggled inside on a February snow day, or wilting in the heat of a humid August scorcher, chocolate always seems like a good idea. Right now, it’s zucchini season, and I can think of no better way to put a zucchini to good use than Zucchini Brownies.

The Secret Ingredient in Zucchini Brownies

These zucchini brownies are completely plant-based, loaded with chocolate chips, and completely discreet about their secret ingredient. Thanks to my trusty blender, the zucchini disappears into a rich, moist brownie without a trace. You’ll be too busy reveling in the bittersweet ganache and letting the chocolate melt on your tongue to even care how they stay so moist.

These brownies are a favorite meal prep recipe, too, so make a batch and take them for lunch all week long. You can even wrap them individually and freeze them, and have a chocolate fix at the ready.

Vegetable purees are a clever way to sneak a little plant goodness into all sorts of foods. In these zucchini brownies, the bland flesh of the zucchini slips quietly behind the assertive flavor of chocolate. It provides some of the bulk and moisture that eggs would have in a conventional brownie, with veggie fiber and nutrients.

The other plant-based secret in these chocolate bombs is aquafaba. If you haven’t tried it yet, aquafaba is the liquid leftover from cooking chickpeas, and it has many of the qualities of an egg, when you know how to bake with it. I used aquafaba from canned chickpeas, and I boiled it down to reduce it to “double strength.” Whenever I open a can of chickpeas, I drain the liquid and freeze it for baking.

For an article and recipes I wrote for strongertogether.com

For a recipe for Pastry Nests with Chocolate Mousse, click here. 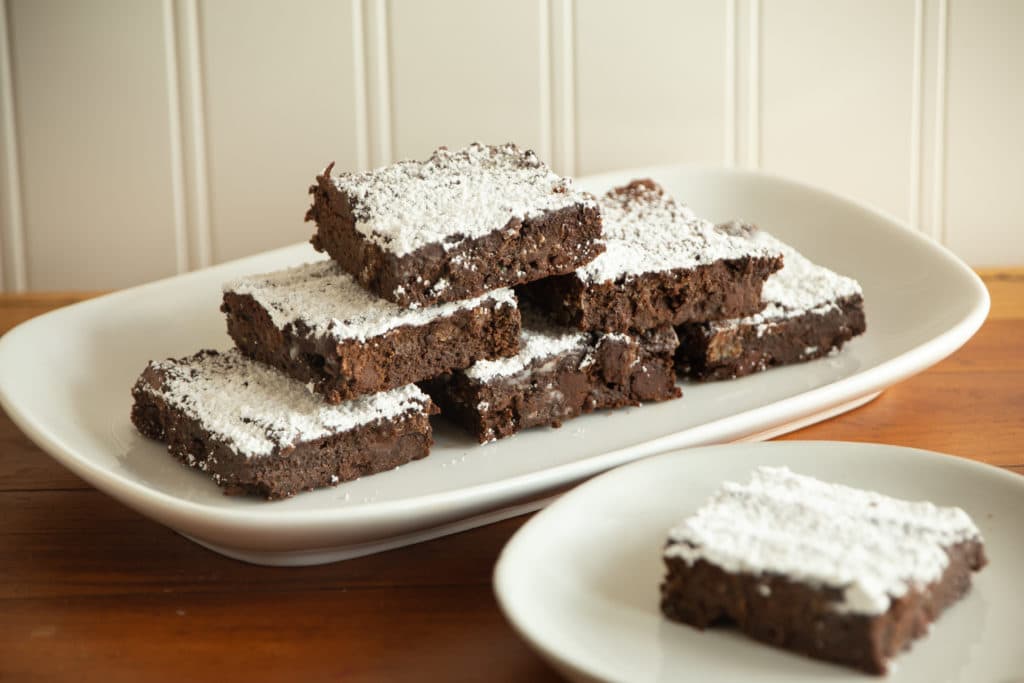 Ganache and a dusting of powdered sugar to make them irresistible!

Add Some Veg with Zucchini Brownies

I know it’s hard to believe, but I let a batch of these brownies languish in my refrigerator for almost two weeks, and they stayed moist and delicious. The hard to believe part is that I was able to exercise that much restraint! I guess it means that I am a grown-up, right? Luckily for me, the zucchini brownies waited patiently, staying moist and delectable.

I’m convinced that the zucchini is the secret to their longevity. The puree is holding moisture and keeping the brownies from turning into sawdust, and that is a great contribution for a humble zucchini to make.

So whether it’s a hot summer day and the zucchini is overtaking the garden, or a freezing winter day and the icicles are gleaming against a grey sky, make these brownies.

Because chocolate is always in season! 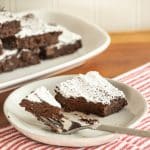 Nobody will ever suspect that there's a zucchini in this pan of decadent, chocolatey goodness. Pureeing the squash makes it disappear, as it gives the brownies a little body and moisture.
Course Dessert
Servings 9
Author Robin Asbell