Make Rhubarb the Star on your Blueberry Banana Bread 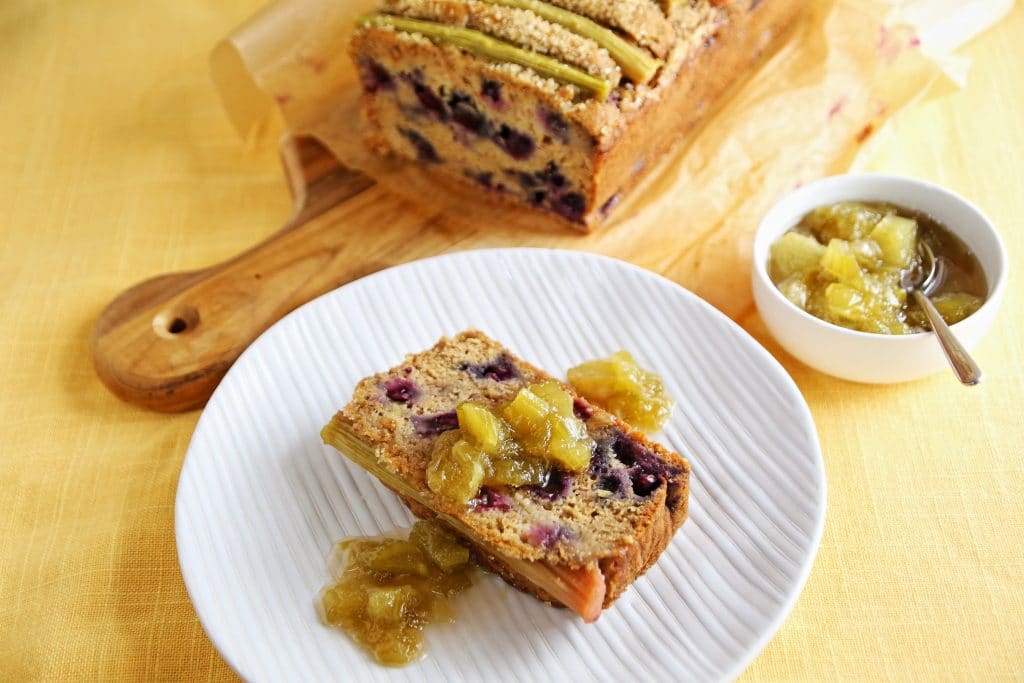 Perhaps we love rhubarb because it comes to us in Spring. After a long, hard winter, the insistent stalks of this hardy plant just burst from the ground like unfurling flags, heralding the coming summer.

The “pie plant” is the gift that keeps on giving, producing more fat stalks every year. It may look like celery and taste like the tartest lemon you’ve ever had, but boy oh boy, when you add some sugar, it suddenly sings a beautiful song. 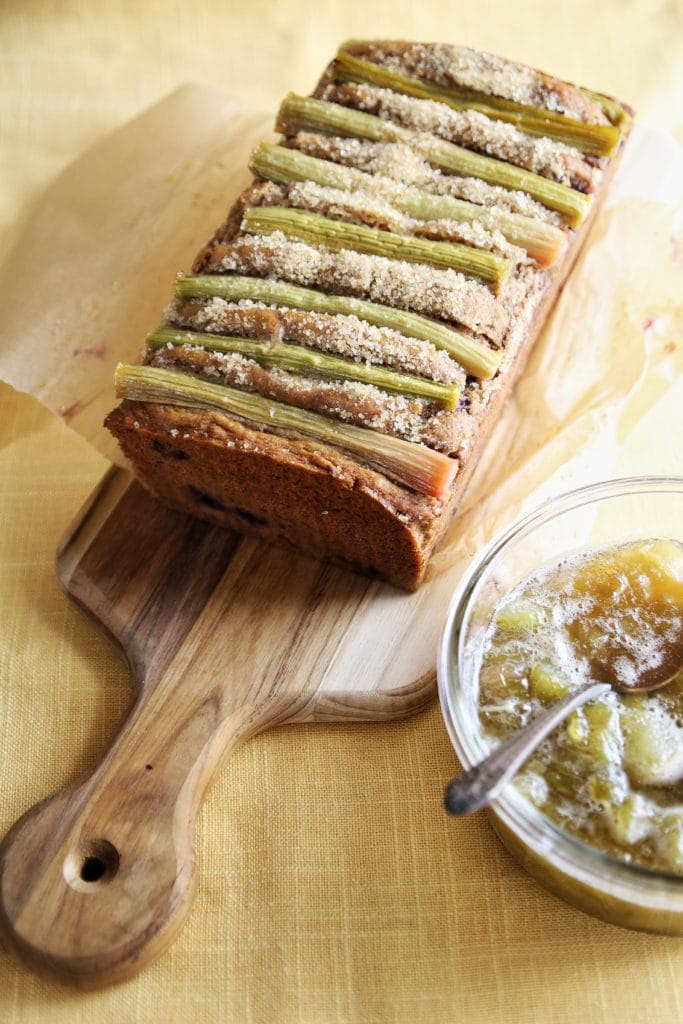 For this bread, I was inspired by a photo. You probably saw it somewhere in your internet travels. Melissa Clark made a striking pound cake that was featured in the New York Times, with stalks of poached rhubarb arranged across the top. I thought, hey, I don’t need a rich cake, but I’ve got some ripe bananas and fresh blueberries.

And lots of rhubarb from the garden. 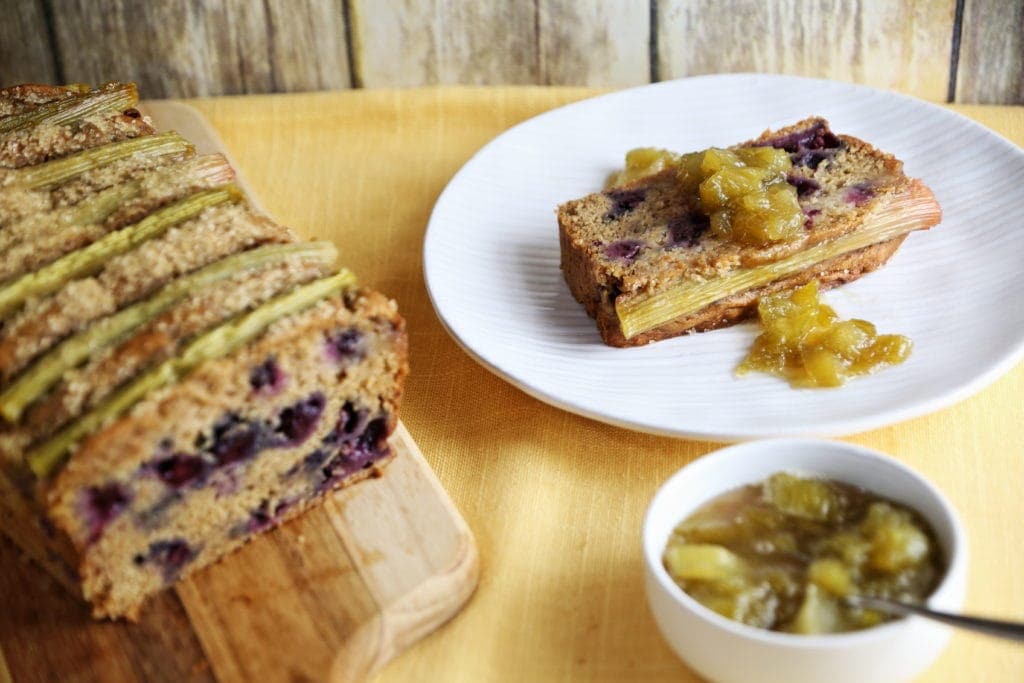 So I  poached some rhubarb stalks to fit across the top of my loaf pan. Then I made a moist, lemon-spiked banana bread batter, and sprinkled in some blueberries. I topped it with the rhubarb stalks, and baked it. Once it came out of the oven, I thought it called out for a sprinkle of sparkly Turbinado sugar.

Since the rhubarb was just on top of the bread, I wanted more rhubarb. So, while it baked, I cooked up a quick compote of rhubarb with a splash of vanilla.

So easy, so delicious.

We gobbled it up for breakfast, lunch, and snacks.

Eat what’s in season, and you’ll be in harmony with the planet. It’s a pretty tasty way to live. 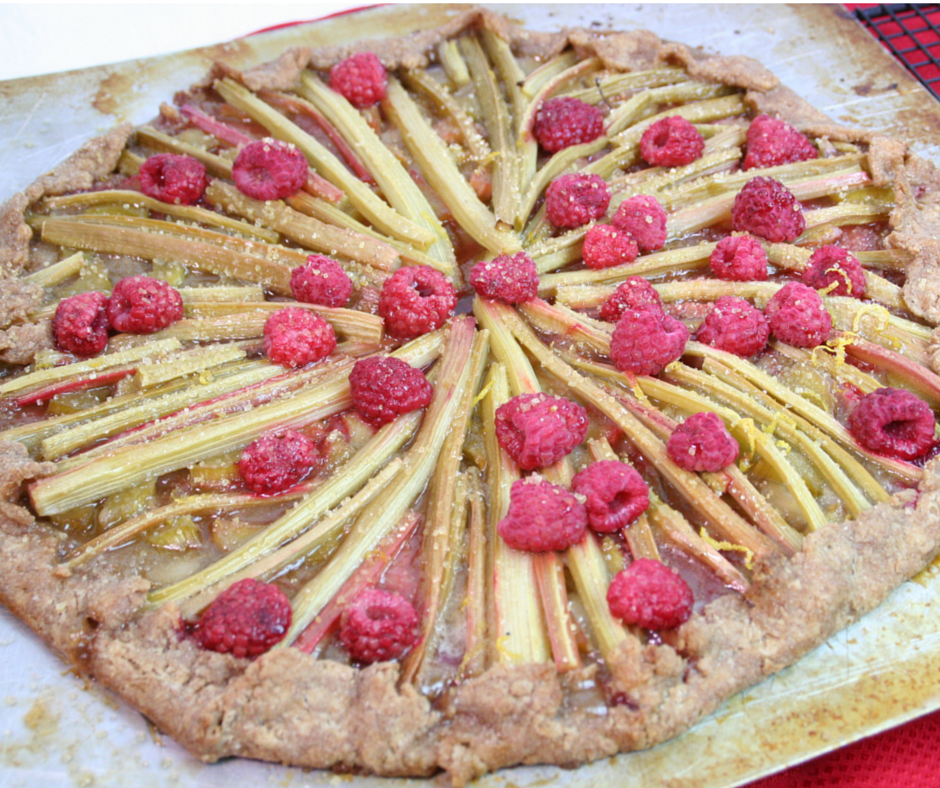 Rhubarb and Raspberries Go Together 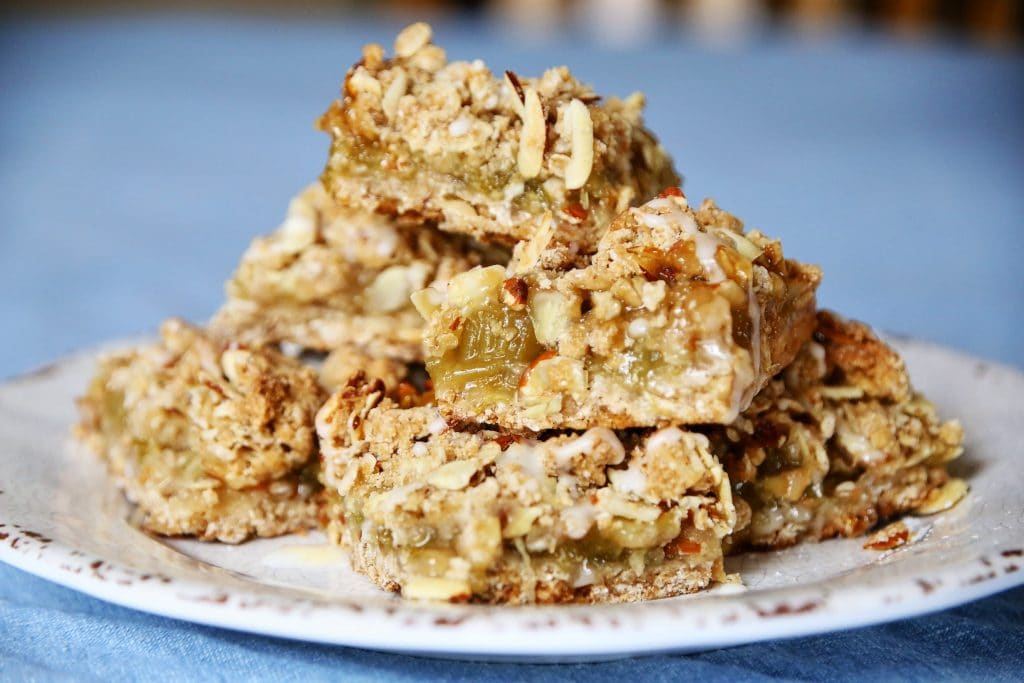 Rhubarb shines in chewy, crunchy bars made with rolled barley and sliced almonds 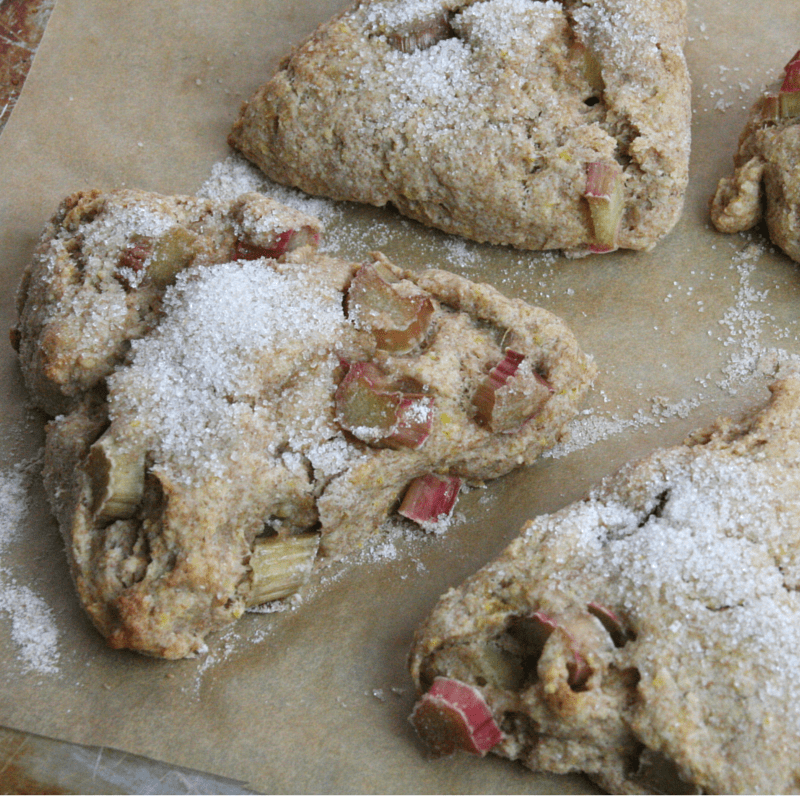 Hot out of the oven 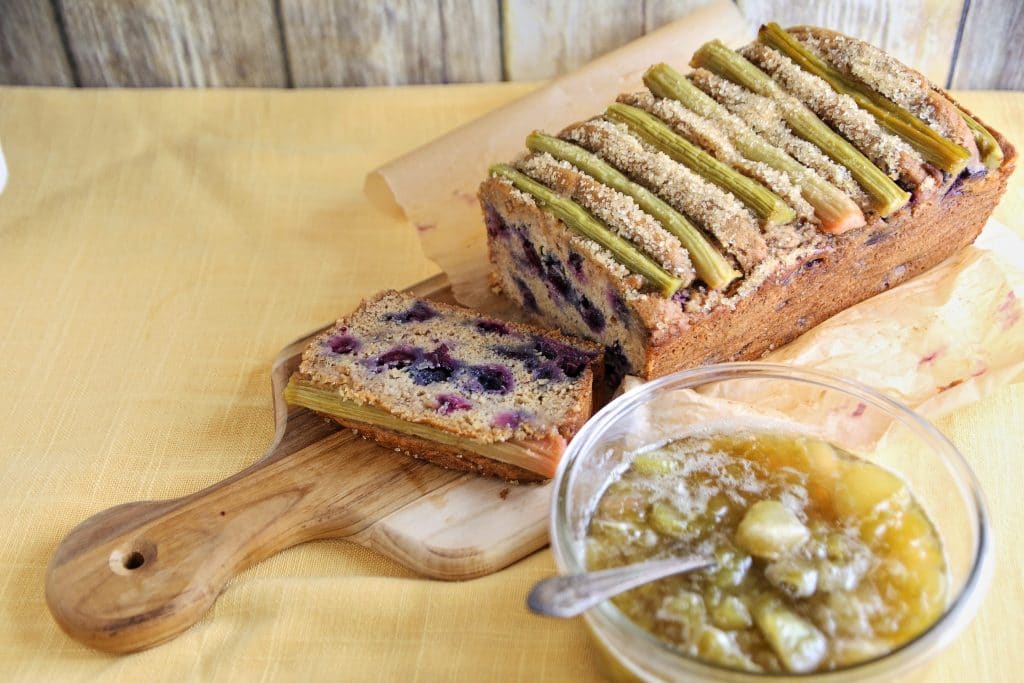 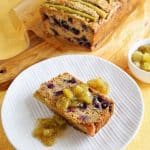