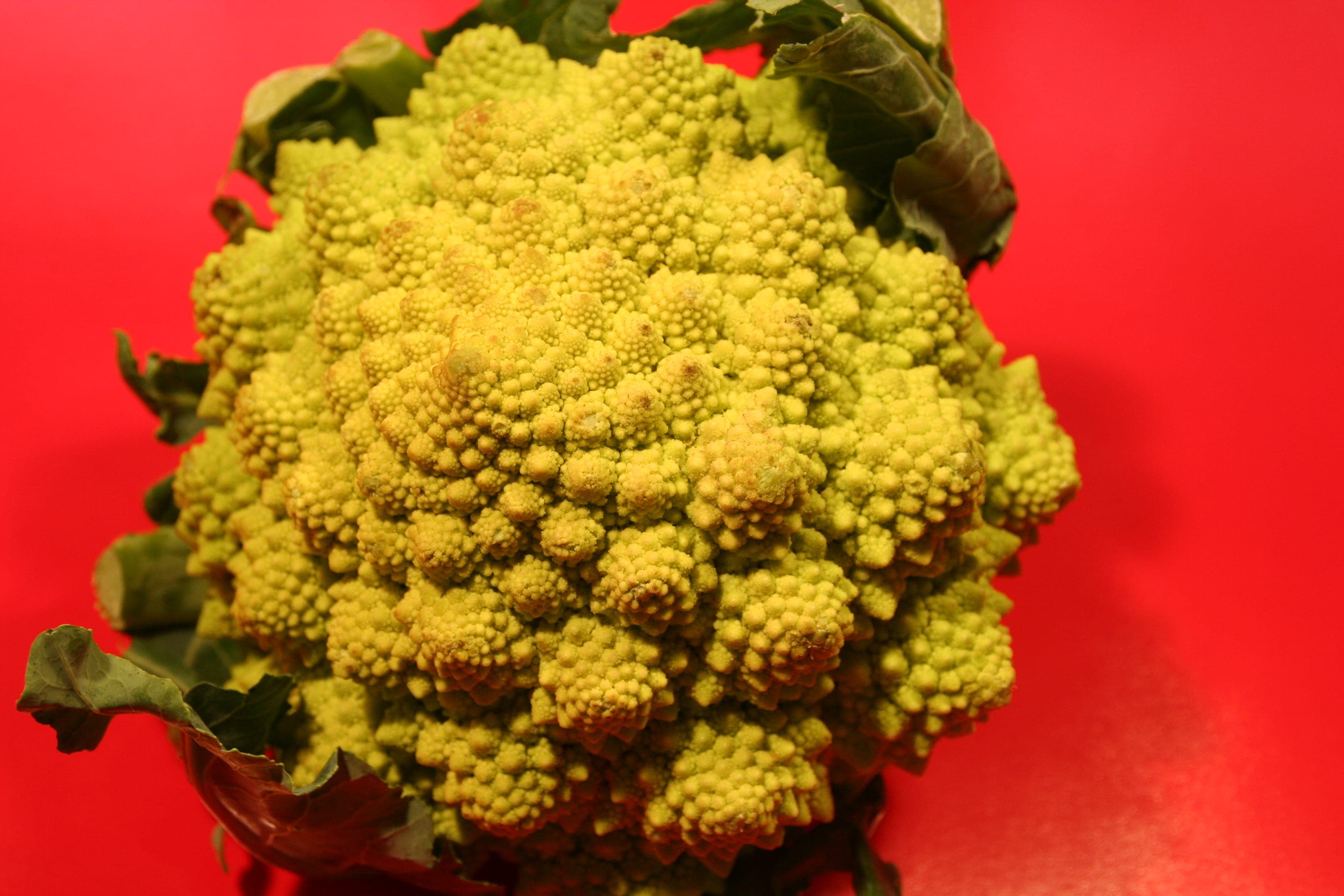 The Brassica from Outer Space, or Rome

I was rushing through my local supermarket the other day when I was struck by something beautiful. Here in the depths of winter, we are surrounded by grey snow and greyer skies, so the occasional splash of color seems to waken something primal. There on a display table in the produce department were three bright rows of brassicas, one of purple cauliflower, one of white, and one of chartreuse Romanesco.

Broccoli Romanesco, which is sometimes called a broccoli and sometimes a Romanesco Cauliflower, seems to exist outside such earthly classifications. It may have the approximate form of a head of cauliflower, but its as if it were assembled in the food replicator on Star Trek, and the machine put it together digitally. The perfect spirals of tight florets are considered a fractal pattern, a math term for a repeating series of forms, all of which are miniature versions of the larger form. I don’t know exactly what that means, but the geometry of the veggie is stunning.

It might seem like some new hybrid from the lab, but it’s actually an old, Italian veg, whose history goes back at least to the 16th century. It’s being harvested now in California, but its unique structure makes it delicate to ship, so it’s a little hard to find, and costs a little more than cauliflower.

All I know is that it is exciting to behold, and offers a bit of variety to your cruciferous dining life.  It’s a solid player in the nutrition department, and a very good source of fiber, C, B6, Folate, Pantothenic Acid, Potassium and Manganese , and a good source of protein, thiamine, riboflavin, niacin, iron, magnesium and zinc. The little surprise is that the protein in such a veggie is actually complete, offering up the prized perfect balance of all the needed amino acids.

So what do you do with such a veggie?

With such a unique look, it’s a veg you want to show off. I’m sure it makes a great puree or creamy soup, but why waste those fractal pyramids? My first choice in using romanesco is to lop it into large sections, keeping the florets intact and creating some flat surfaces. Those flat sides will brown up nicely in a sauté or roasting pan, sizzling in hot olive oil. This can be served simply, or built into a pasta or rice dish.

It’s also gorgeous separated into florets and briefly steamed, so that you can drag it through a tasty sauce or dip. And if you are making up a veggie tray for dipping, adding romesco to the mix will probably spark both conversation and increased interest in vegetable consumption.

Romanesco with Capers and Olives

Cut the romanesco into large (2-3 inch) pieces, trying to get some flat sides. Drop them in boiling water for about 1 minute, just to soften. Drain well. 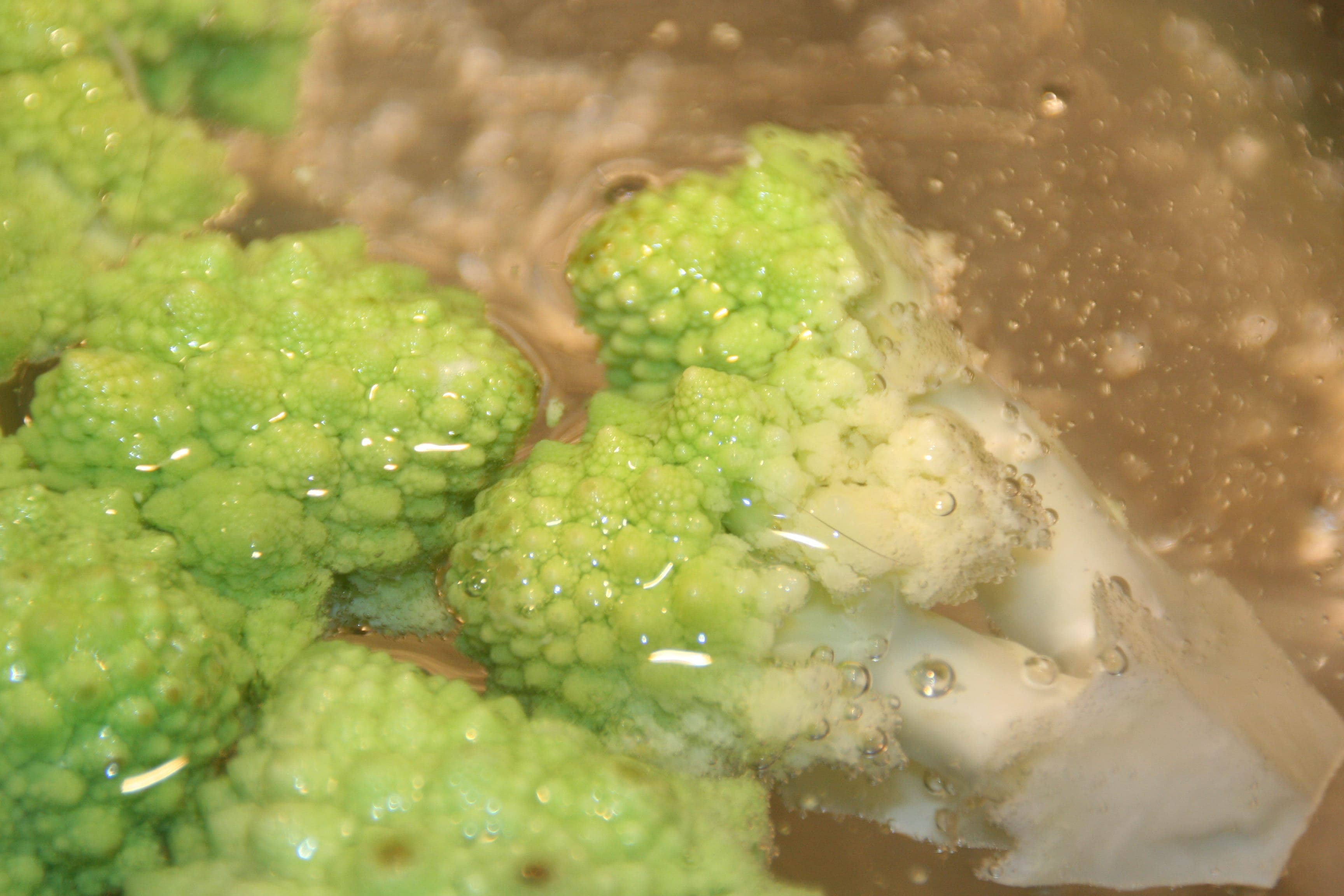 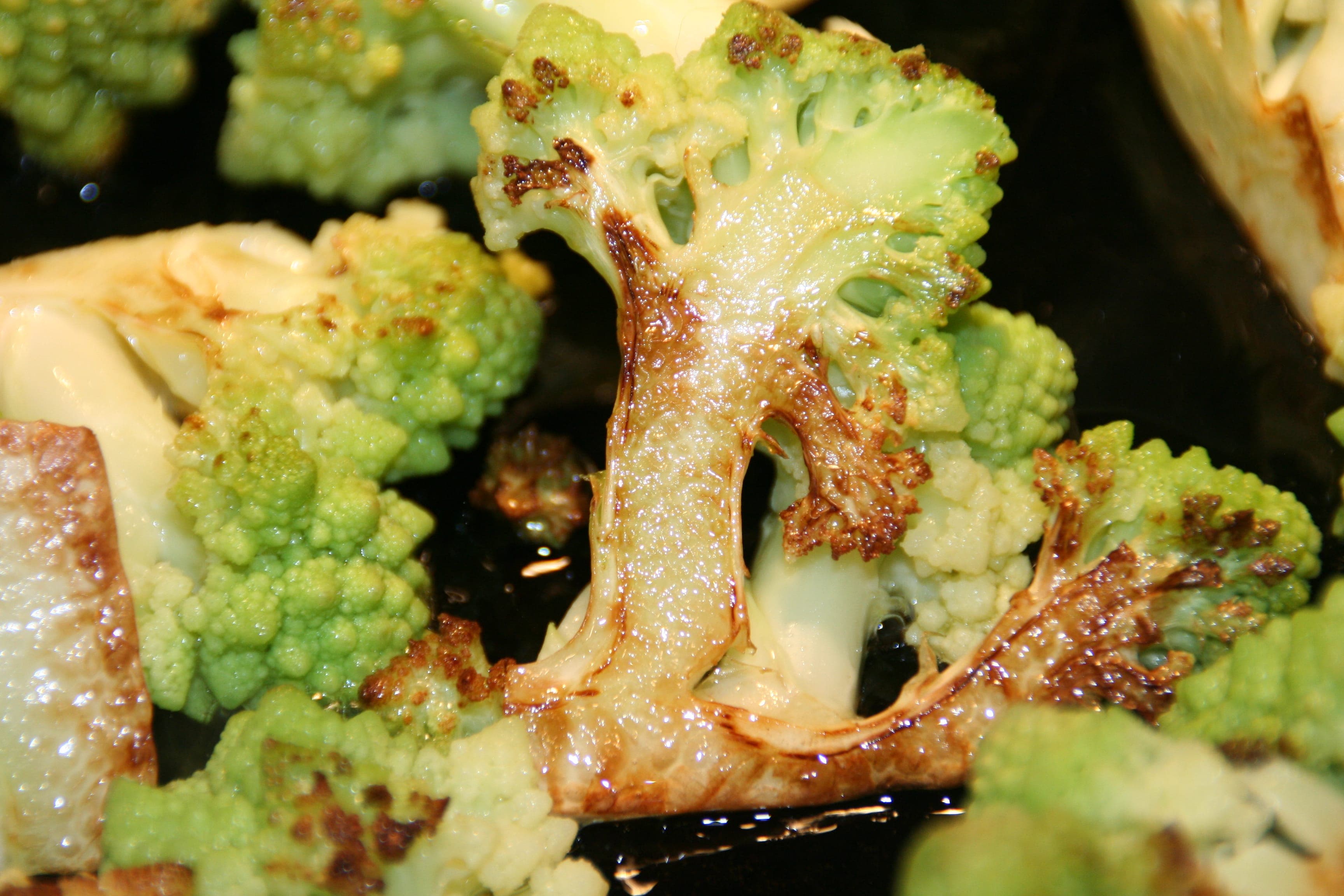 Let it get nice and toasty

Heat the olive oil over med high heat  in a large skillet. Add the romanesco, stirring for about 5 minutes until browned. Add garlic, capers and olives, and cook until the garlic is fragrant and the capers are lightly toasted. Season with salt and pepper and serve.

You can add a pinch of red pepper flakes, or a splash of lemon or vinegar, if the capers didn’t already give it enough kick. You can also throw in some halved cherry tomatoes and cook until they are juicy, then toss with cooked penne. 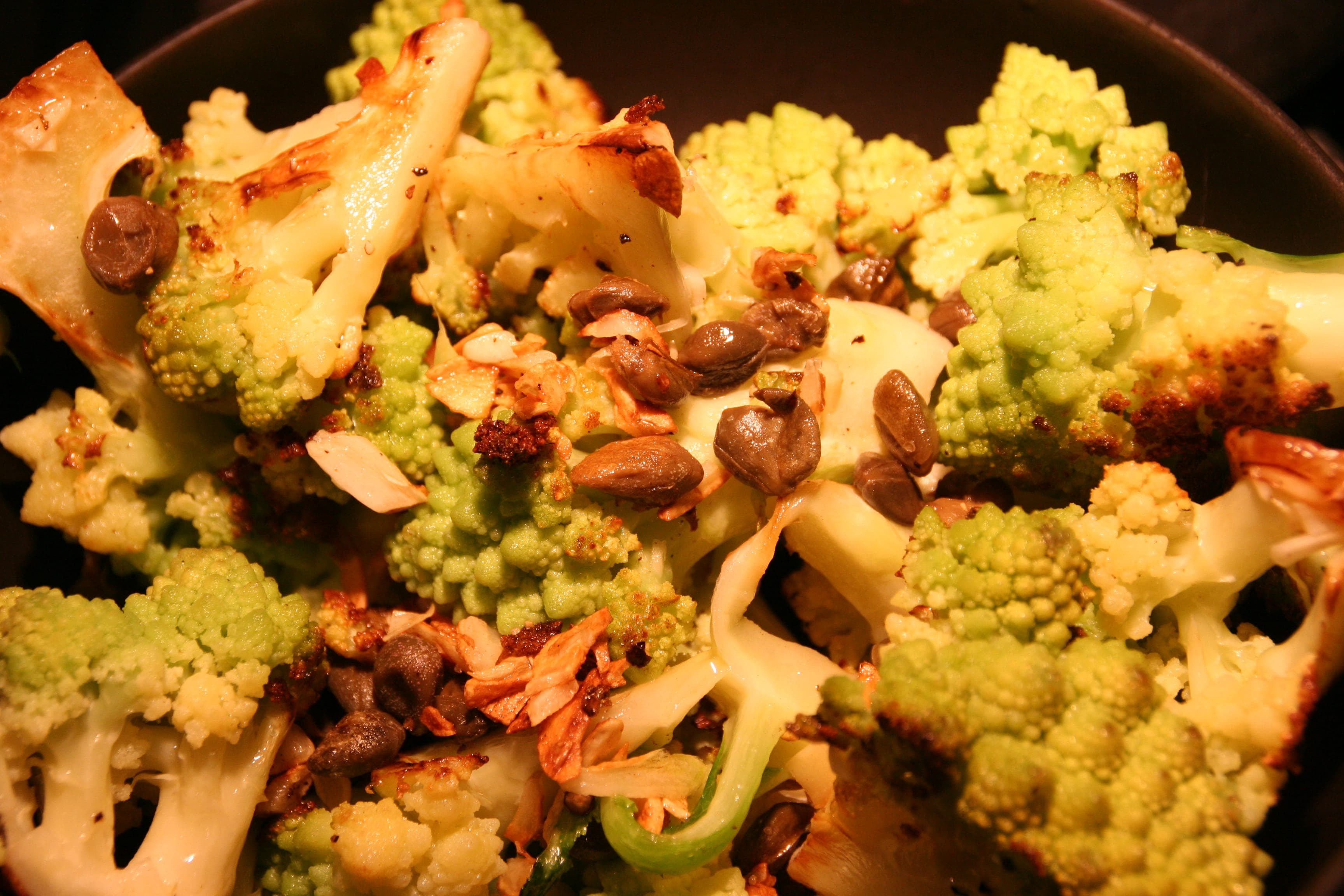 try not to eat it all with your fingers