Baking with Bean Juice-Trying Out Aquafaba 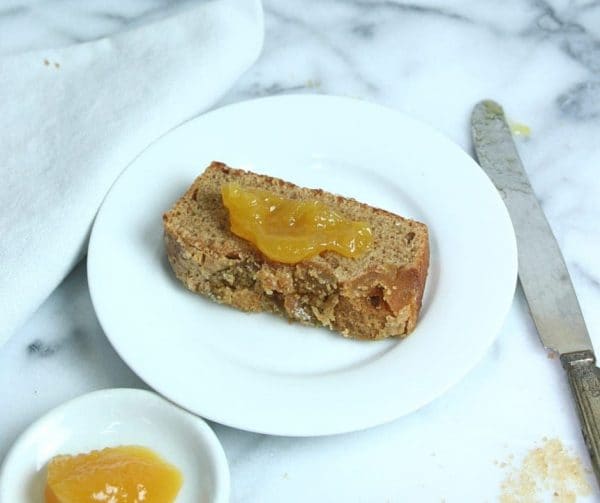 Have you heard about “aquafaba?” I know, it sounds like some kind of water aerobics, or maybe a hair styling product. But it’s actually good old bean juice.

Yes, the cooking water that we usually drain off and throw away has a new use, and a new name. “Aqua” is water, “faba” is bean, so it is “water of the bean,” I suppose. The goopy water has been christened anew, in light of its amazing abilities as an egg replacer.

Yes, believe it or not, when you cook beans, the water takes on a mixture of starches, proteins and fats that imbue it with new powers. We don’t know exactly what is in this new ingredient, but I can speculate. Things that are in the bean leach out into the water, and it becomes slightly thickened and viscous.

I started hearing about garbanzo water based meringues some time back, and I thought, “mmm, bean flavored sugar, sounds awful.” But while I was being skeptical, vegan bakers have been working up recipes that rely on the ability of bean juice to trap air and bake up just like eggs. So I started fooling around with it.

The first thing I wondered was why everybody is using canned bean water. The liquid from a can of cooked garbanzos is the standard for aquafaba. You can use the liquid from other beans, as well, like white beans, and obviously, the liquid from kidneys or black beans would be strongly pigmented and show in the final dish.

So, I cooked up a batch of dry chickpeas and did some experimenting. 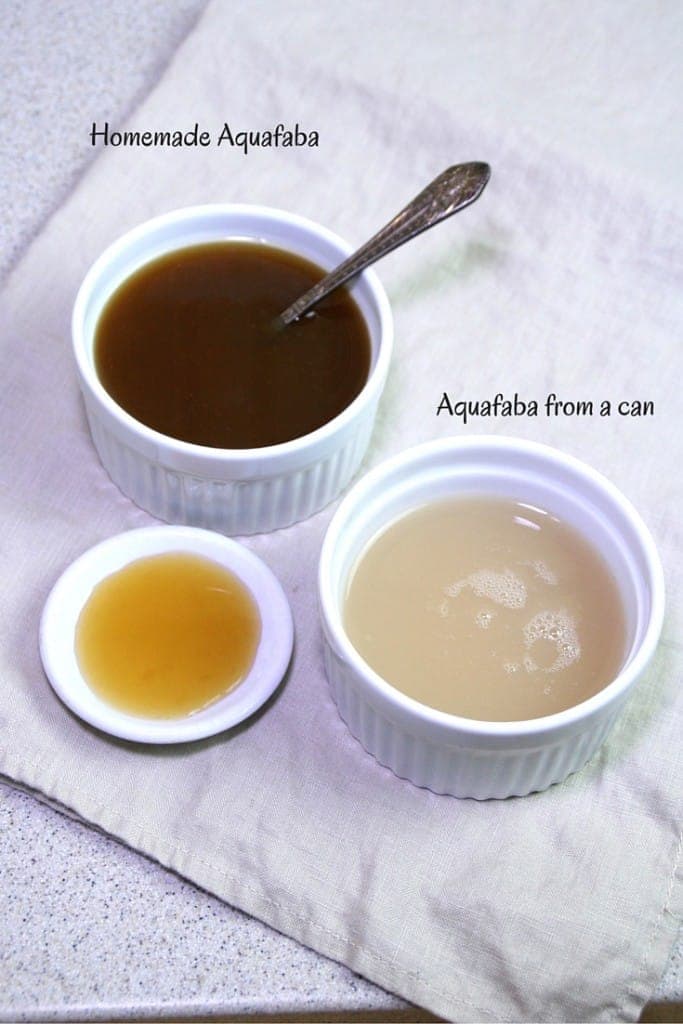 Make your own beans, or drain it from a can of chickpeas

I pressure cooked 2 cups of soaked, dry garbanzos with 6 cups of water. When the beans were done, I let them cool in the liquid, then drained it and had 4 cups of liquid. I chilled the liquid, but it had none of the viscosity of canned bean water, so I put it in a pot to boil. Once reduced by half, it looked thicker, so I chilled it, and as you can see in the photo, it was quite a bit darker in color than the canned version, but it was similar in texture.

(Tune in next week for another aquafaba experiment!)

I have been measuring the amount of liquid I drain from canned beans, and it seems to be about 3/4 cup. So, I did some tests and came up with a banana bread with no added oil, using 100%whole wheat pastry flour. I used the whole 3/4 cup of aquafaba, to replace eggs and oil. 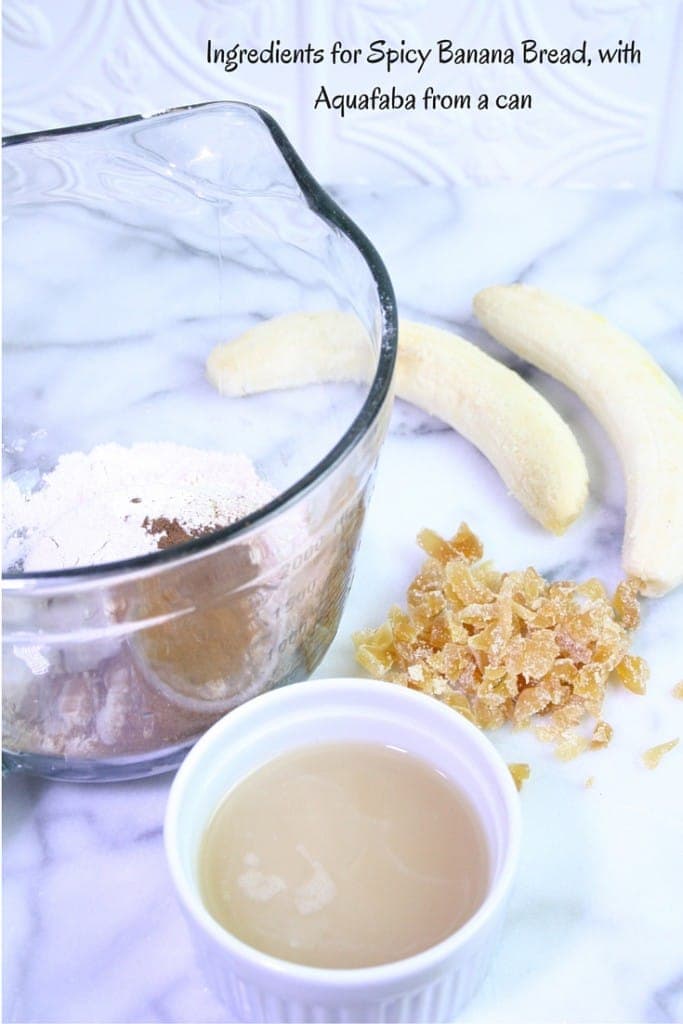 I used the blender to make the batter, which undoubtedly agitated the gluten in the pastry flour, giving me a sturdier loaf. When I sprinkled the crystallized ginger on the top, I thought it would probably sink into the loaf, but it did not. The batter had enough lift to hold the weight. 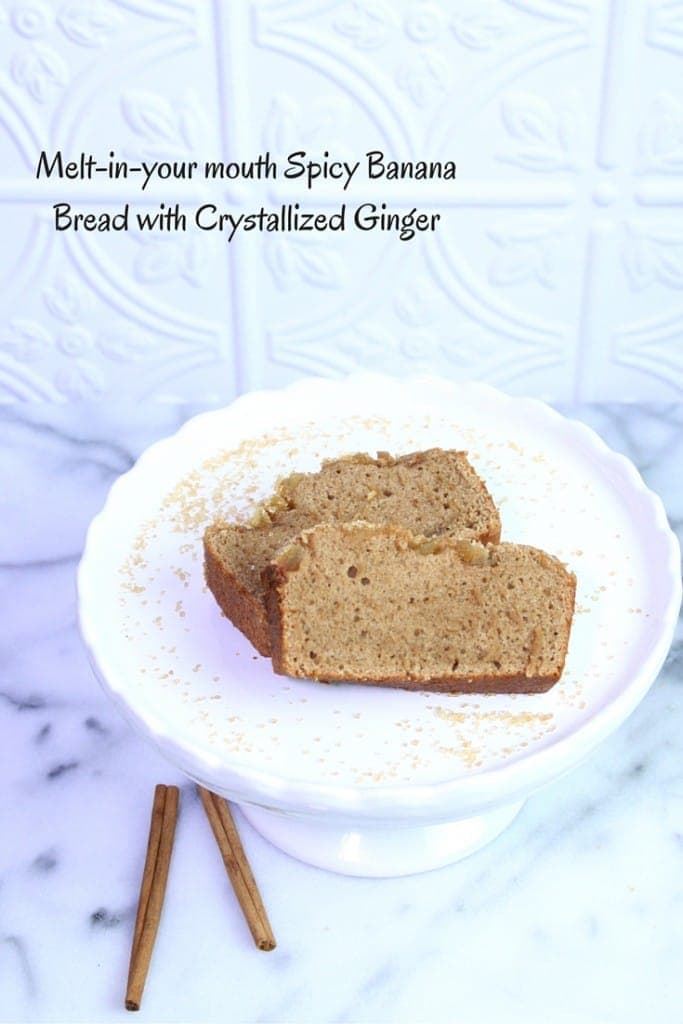 The resulting loaf was more similar to classic, eggy banana bread than many I have made with flax seed as the egg replacer. It was moist, tender, and full of flavor. You definitely want to make sure it’s completely baked, and let it cool before slicing.

In the end, I’m thrilled by aquafaba, and will continue my experiments. I love the fact that it is a creative use of something that used to be washed down the drain. Talk about reducing your carbon footprint-and saving money!

I’ve also been playing with aquafaba as a way to adhere coatings to savory foods, so check in next week for the results.

Preheat the oven to 350 f, and coat a 1 pound loaf pan with oil or shortening.
In a blender, puree the bananas, then add the aquafaba and sugar. Process and let the machine run for a few minutes to whip the mixture. In a medium bowl, stir the flour, baking powder, salt, cinnamon and allspice, and add to the blender. Pulse to mix. Scrape into the prepared pan. Sprinkle the crystallized ginger along the top of the loaf, and then sprinkle turbinado sugar to cover.
Bake for about 45 minutes, until a toothpick inserted into the center of the loaf comes out clean. Cool on a rack. Let cool for about 15 minutes before cutting. 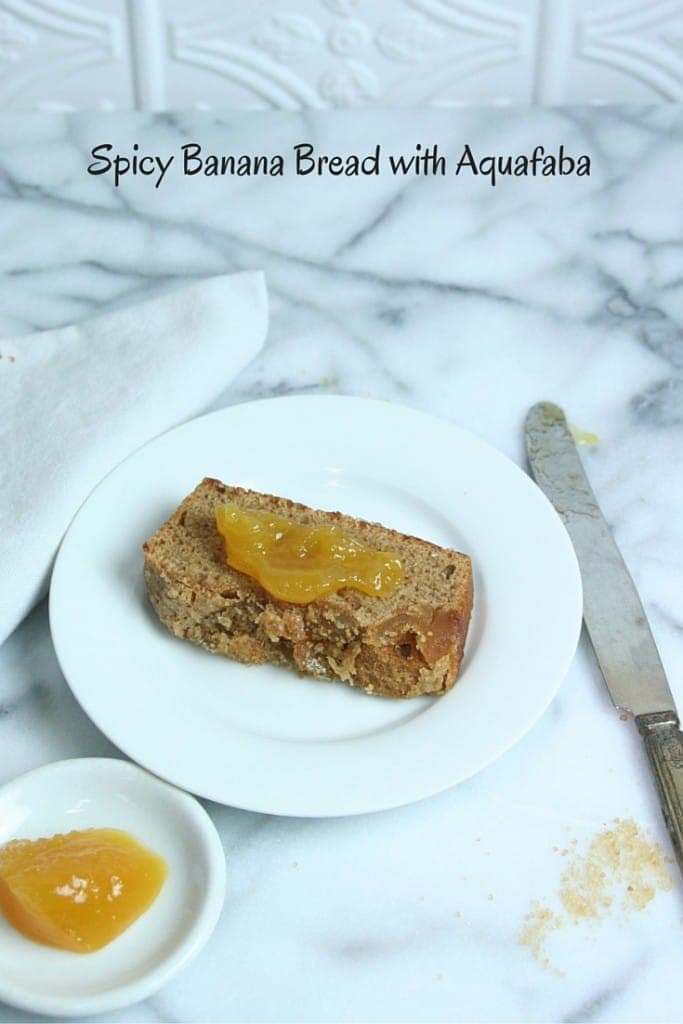