Make Pumpkin Swirl Brownies with Ganache, for a Halloween Treat 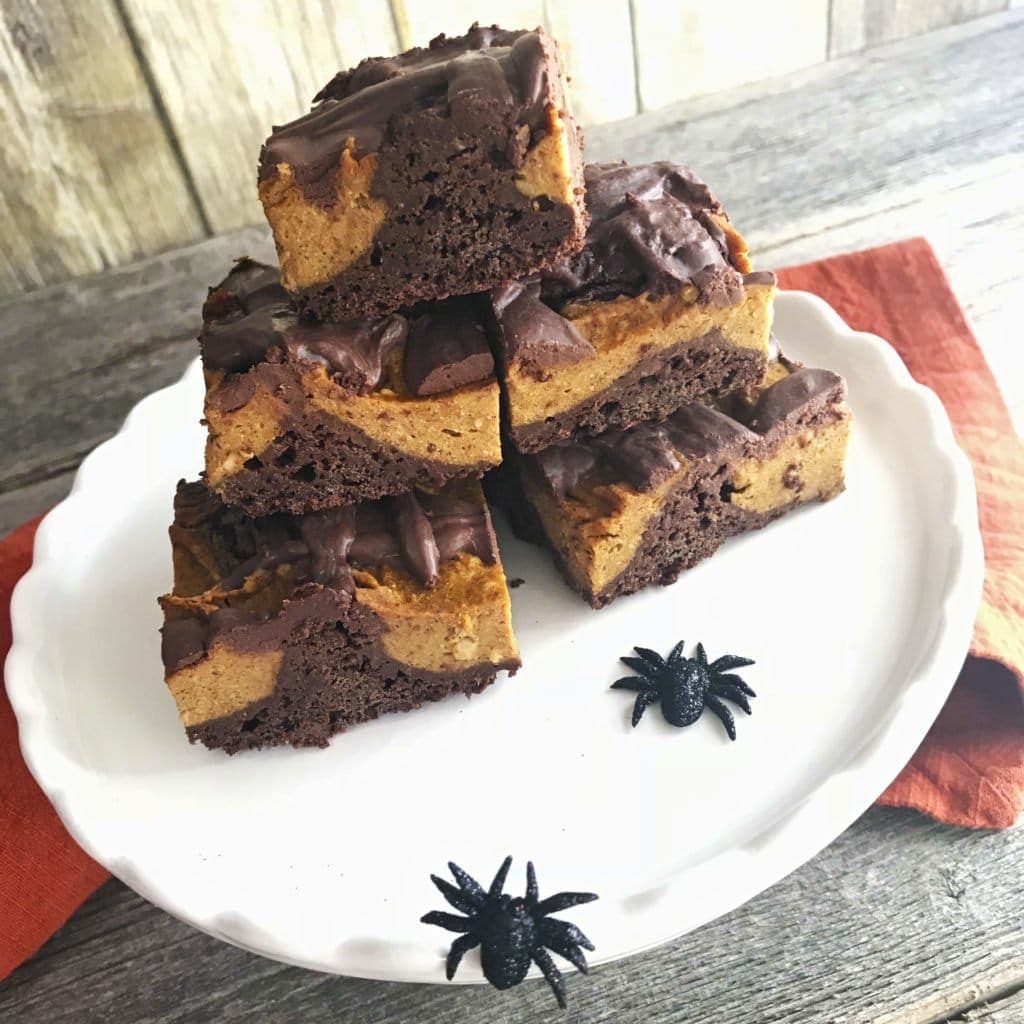 Halloween is a candy and costume holiday. I know, I know, there is a history going back to the old country, when they carved turnips into Jack-o-lanterns to scare away the spirits. In my lifetime, it was all about being a kids, putting on a costume, and collecting as much sugar and chocolate as possible in one night. So, at my house, we are going to indulge in a little bit of chocolate, in the form of these Pumpkin Swirl Brownies with Ganache.

Perhaps if I had kids, I’d be in full costume-making mode, but alas, I only have kitties, and they are resolutely uninterested in costumes.

Did you know that I have a cat named Pumpkin? That’s how much I love the edible gourds. I named my cat after one. 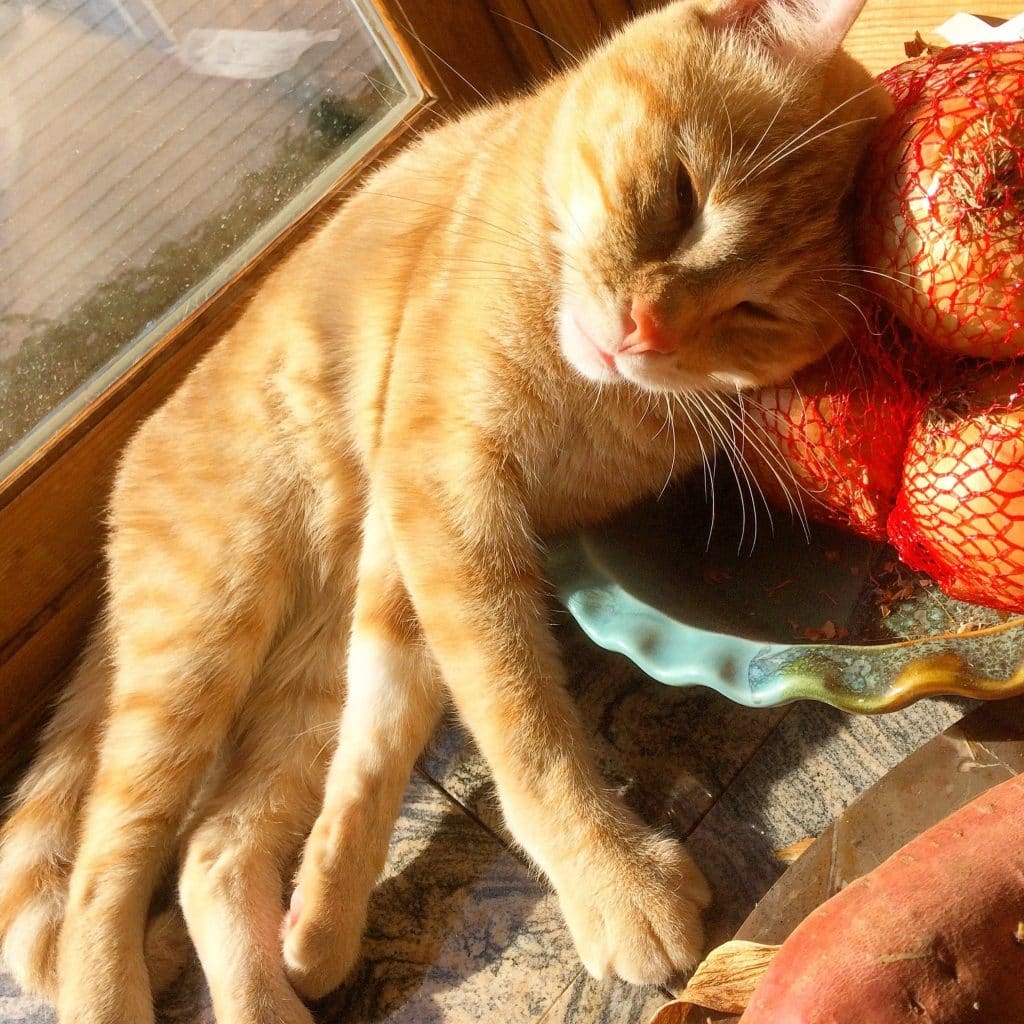 My cat Pumpkin, lying on a pie pan full of onions. Pumpkin Pie, get it?

Instead, I decided to look ahead to pumpkin pie season and drizzle a layer of creamy pumpkin pie on top of a tender, deeply chocolatey brownie. The rich chocolate ganache is better than the icing on the cake, it’s more like the truffle on the cake.

And BTW, it’s all vegan. 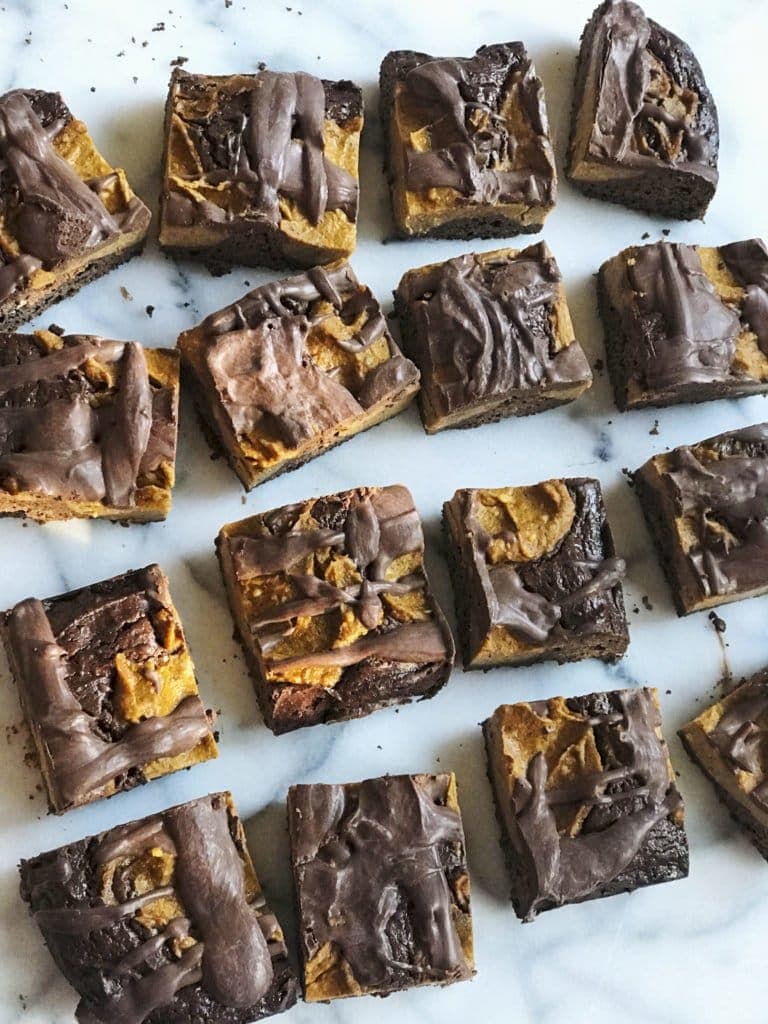 Drizzle them with lush ganache!

This recipe uses only 1 cup of pumpkin, so you can save the 1/2 cup left over from the can to make the Pumpkin Spice Oats from last week’s blog. Use a nice, extra firm silken tofu for the pumpkin swirl, and it will be creamy and delicious.

These would be great to serve at a Halloween party, or really, any party this winter. I ate them a few times for lunch (Tofu!) and they are great with a hot cup of coffee or tea.

You don’t need a costume to enjoy a tasty chocolate treat, do you? 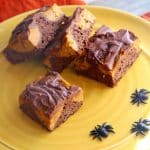