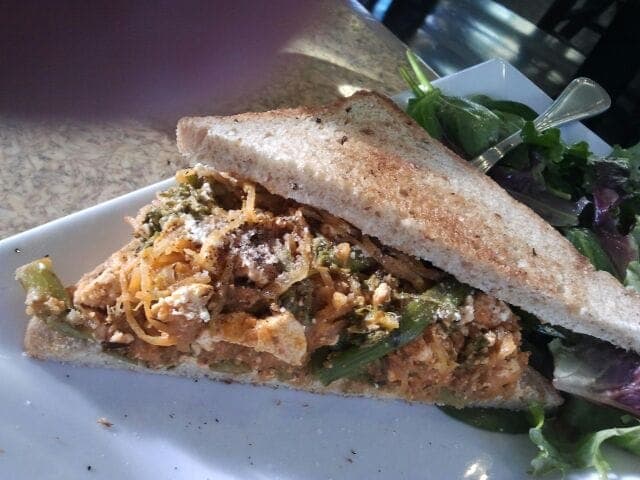 There is a phenomenon that occurs when we make one food a stand-in for another food. Think carob for chocolate, or broccoli stems in place of avocado in Guacamole. We take a perfectly blameless food and put it in place of another, usually beloved and somewhat decadent food, then heap derision on it. If nobody had ever compared carob to chocolate, people might actually like the sweet, fruity taste.

Such could be the fate of spaghetti squash. Thanks to its unique structure, it really does look like a barrel of spaghetti when you bake it. But to be fair, it never claimed to be a pasta. We put that on it. I first heard of it in some diet plan, and it slid into my mental file with Weight Watcher’s foods. Like drinking orange juice with extra water or roasting mushrooms to snack on like peanuts, it seemed like a thoroughly unsatisfying compromise.

Well, now I’ve finally come to see spaghetti squash for the dazzlingly unique sparklepony that it is. Sure, I still put pasta sauces on it, but I don’t eat it to avoid carbs. I love carbs. I serve it often to gluten free people, and now that I’ve explored all the options on gluten free pasta (in my upcoming book) I see it in a whole new light.

I’m not alone. I’ve been seeing spaghetti squash on the menu, here and there, like in the photo above, where the squash is seasoned with spices and stuffed in a sandwich, kind of like pulled pork. It’s a delicious, creative sandwich. Of course, the squash is even less like pork that it is like pasta, but I love the idea. I also noticed it in the quiche of the day description at People’s Organic, so somebody must like it with eggs.

So while spaghetti squash will never be pasta, it’s a natural, whole food. A vegetable, something we all need more of. Instead of thinking of it as a sad replacement for pasta, think of it as an interestingly julienned squash. The flavor is sweeter and squashier than pasta, anyway. That makes it a good playmate for tangy tastes, spice, garlic, and bitter greens.

The other thing may have turned some of us off to spaghetti squash is overcooking. The standard directions say to bake until easily pierced with a paring knife, like a big butternut squash. In my experiments, I’m finding that the flesh is usually overcooked by that point. Maybe it’s the hard shell, maybe they sit on the shelf longer than other squash, but you can’t wait that long. I test by flipping the squash over and poking at the flesh, to see if it will separate into strands. That way I can keep some al dente bite to it. 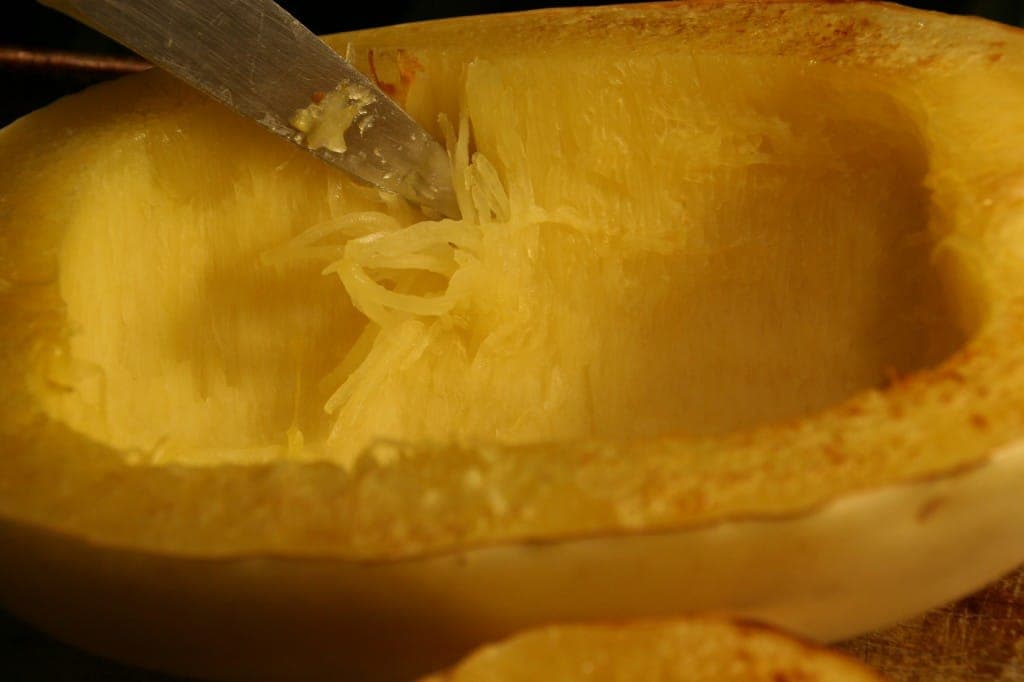 Like all vegetables, the spaghetti squash is a healthy food. A cup contains 42 calories, 10 g carb, 2 g fiber, 1 g protein, 9%  RDA of Vitamin C, 3% RDA of Vitamin  A, 3% of the Iron, and 3% calcium. A cup of cooked spaghetti has 43 g carbs and 221 calories, if you are concerned about such things, so when you try my recipe, you will be cutting back on those, deliciously. 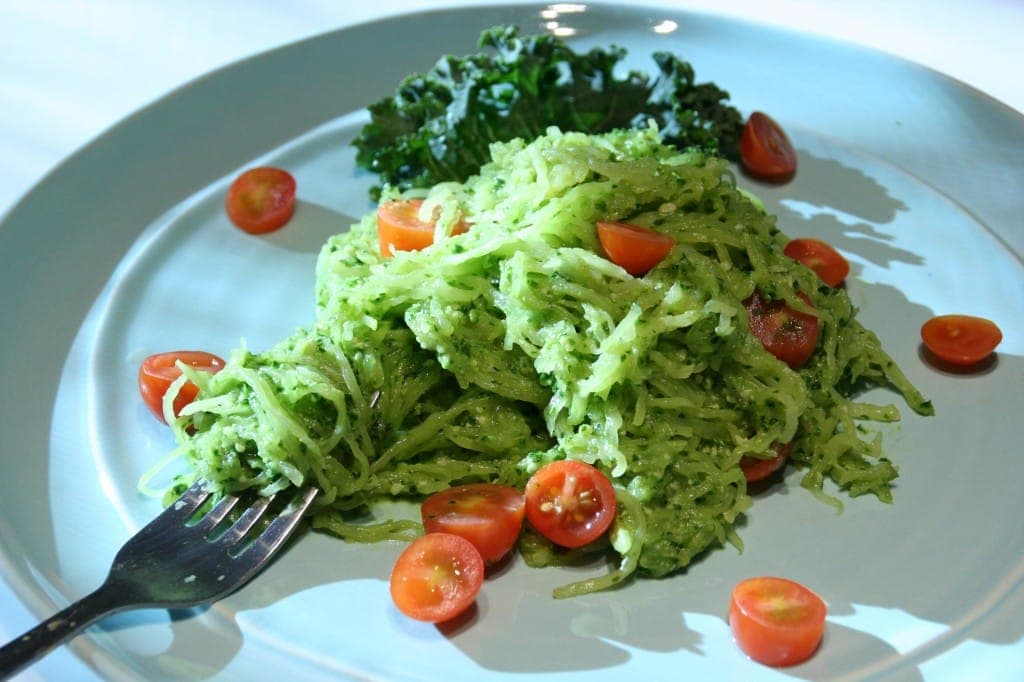 I usually figure that each pound of spaghetti squash yields about a cup of strands, after taking out the seeds, baking, and discarding the shell.

Bake the spaghetti squash, when al dente, remove the strands by scraping with a fork. Reserve. In a food processor, place the kale, garlic, and cashews. Grind to a paste before adding  olive oil gradually. Add salt and process.
Toss the pesto with the squash and tomatoes.