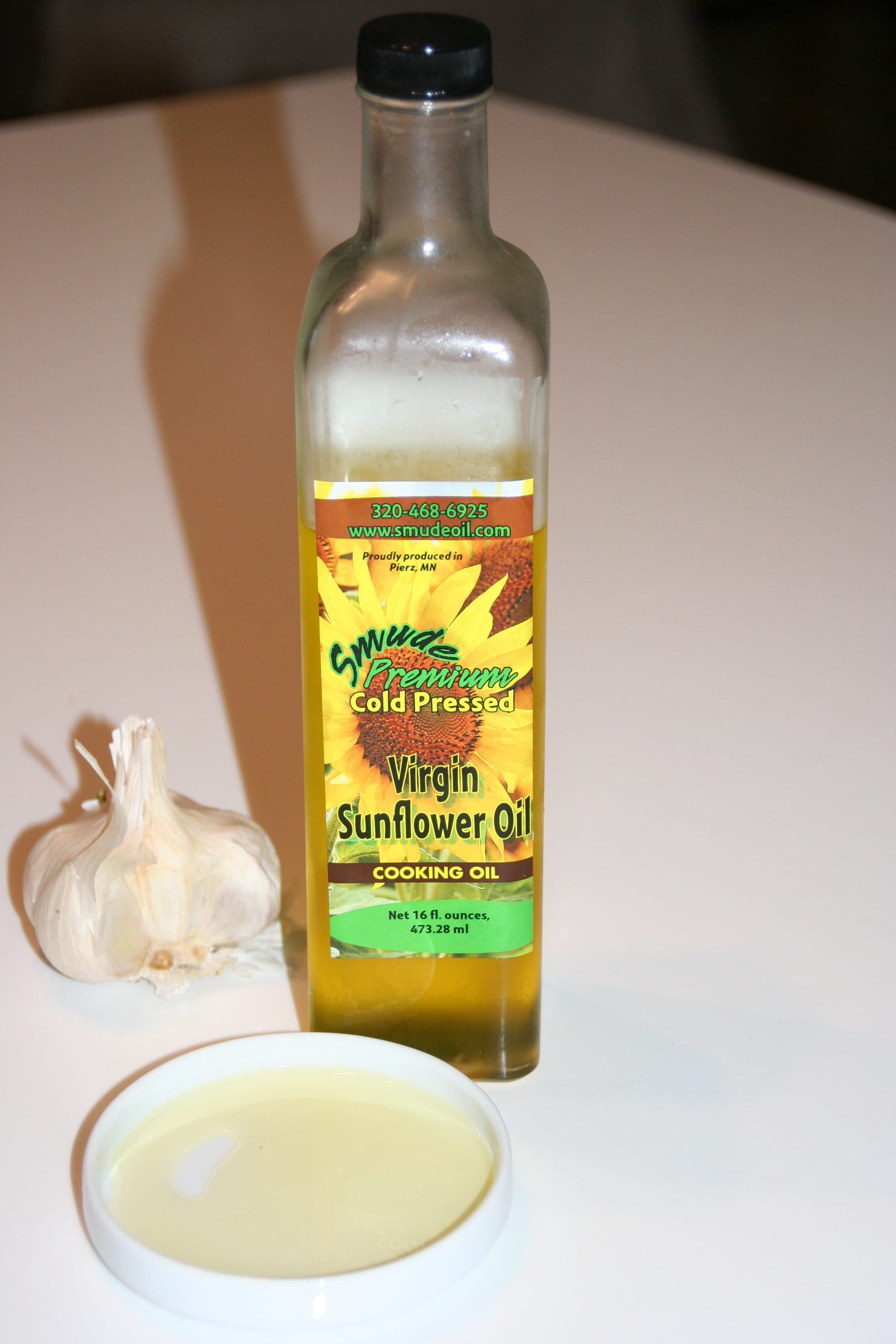 A bottle of LOCAL sunflower oil!

Even the most devoted locavores have to work around the limits of Minnesota. We don’t grow olives, coffee, chocolate, or sugar cane. Beets, yes, but I have yet to see anyone marketing a local beet sugar.

So when folks pledge to go all-local in their kitchens, they often leave a little wiggle room for their beloved imports. I mean, California olive oil is not as bad as Italian in food-miles, right?

Well, your dilemma is now solved. Tom Smude, whose farm is near Pierz, MN, is now selling his gorgeous, golden cold-pressed sunflower oil. Interested? Currently in the Twin Cities, The Golden Fig and Local D’Lish are carrying it in their loca-foods stores-both of which deserve a shop by any locavore.  The oil was put into a distributor’s warehouse about three weeks ago, and if you ask your coop or grocery store to carry it, they should be considering it at this very moment.

Tom Smude spoke to me on the phone, as he was watering his sheep, who were expressing their gratitude loudly. “The sunflowers look awesome, they are just flowering right now. It’s been a challenge, but it’s been fun.”

The decision to get into the oil business took a winding path. It started as an idea for a drought resistant crop that could be used to make bio-diesel for his tractors and to sell, and the leftovers used for animal feed. After some research, it looked like there was no money in bio-diesel, so he started looking into the food grade oil market. A big broker was interested in buying big loads that would be chemically processed and used in big food manufacturing. That didn’t look like a very good bet, either. 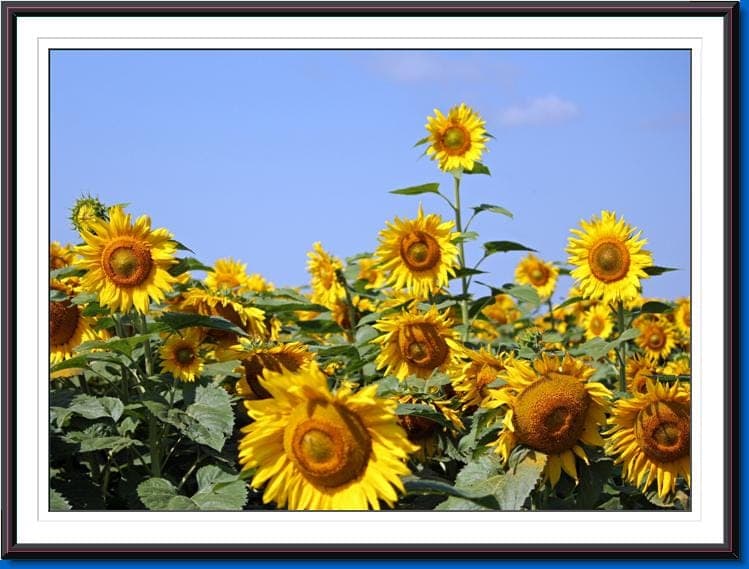 Smude’s experience raising natural Black Angus Beef had already introduced him to the experience of having middle men take all the profits. “We put all these hours into these cattle, and somebody makes money, but it’s not us.” So, he decided to take the leap and make a high-quality oil, bottle it and sell it as “Smude”s Cold-Press Sunflower Oil.” The crop is sustainable, and nothing goes to waste. “When we press the seeds, we make the leftovers into feed for the cattle.”

A big difference with cold-pressing is the absence of chemicals in the extraction process. “Cold pressing, I get 90% of the oil out. They use hexane to get 100%.” Said Smude. Hexane is a neurotoxin, and there is some evidence that traces of it remain in food. Commercial oils are also processed with high heat to make them stable, and stripped of their natural flavors.

Sunflower oil is comparable to canola in its lipid makeup, and refined sunflower oil often used for fried foods because of its high smoke point. Don’t be confused, though, this is cold press oil, with a smoke point of 325-340 F, so it is better for making sautes, salad dressings and baked goods.

I tried the golden oil in muffins, cookies, and roasted some new potatoes in it. The flavor is buttery, with a hint of sunflower flavor. We also rolled some sweet corn in it before salting, and crushed some garlic into a puddle of it to dip bread. It was tasty in all applications. Smude recommends it as a popcorn oil. “We have been sampling out popcorn popped in the oil at Farmers Markets, and only getting great feedback. People want to buy it once they taste it.”