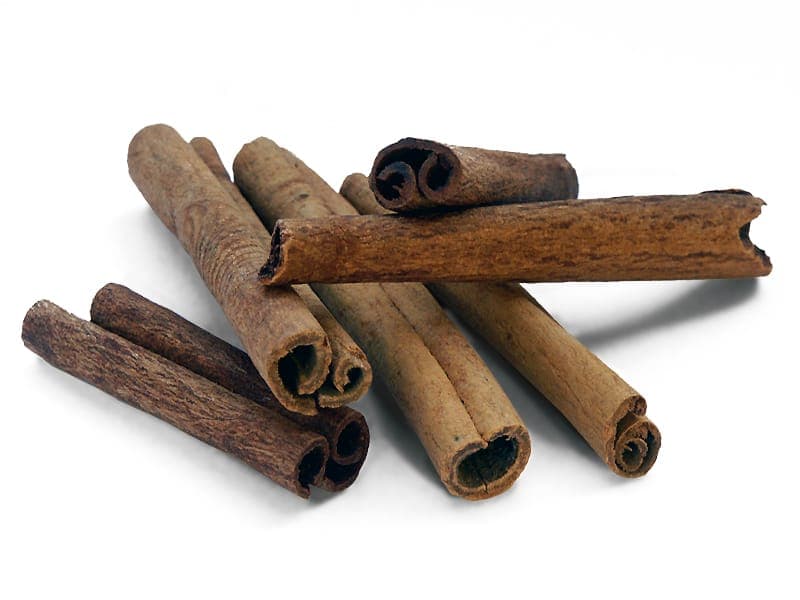 This week, I have been doing my holiday baking, and the smell of warming spices fills the house. I love using lots of spice, especially because I know how incredibly good for you most spices are.

Cinnamon is one of the superstars, so I often just double the amount called for in a cookie or muffin. It’s usually an improvement!

Surprised? Yes, cinnamon, just about everyone’s fave single spice is a healing, medicinal herb. The same sprinkle of golden brown that we love on toast, in pie, in buns and bars and even curry, is sold in pill form so you can take it every day.

Have you ever been in an airport or bakery and gotten a whiff of cinnamon buns, and felt a sudden rush? Believe it or not, just smelling cinnamon boosts cognitive function. Scientists at Wheeling Jesuit University found that cinnamon improved participants scores on tasks involving attention, memory, and visual-motor response speed.

More on Cinnamon and Alertness

Are you concerned with cholesterol and blood sugar? Well, in studies, cassia cinnamon lowers bad cholesterol.  And for all the pre-diabetic and diabetic folks, cinnamon also lowers blood sugar levels and facilitates insulin production. In one study, just one gram per day reduced blood sugar in Type 2 diabetics by 18-29%. (A tablespoon is 8 grams.)

More on Cinnamon and Blood Sugar

Cinnamon can help with headaches, migraines, and arthritis pain. It contains the same salicylic acids that make aspirin so valuable. Like aspirin, it has been shown to prevent clotting, and to inhibit inflammation.

More on Salicylates in Cinnamon

It’s been studied and found to help with Alzheimer’s, possibly protecting the brain from forming the damaging plaque that causes so much trouble.

More on Cinnamon and Alzheimer’s Disease

Cinnamon has been used throughout history as a food preservative, since it inhibits the growth of bacteria. It’s also good at fighting off fungal infections and bad bacteria in your body, and creates an environment in which candida can’t over grow.

The great thing about cinnamon is that it’s so tasty that you will love every minute of eating healthy. It’s one of the many win-win foods, both delicious and good for you. Of course, don’t go overboard, a tablespoon a day is probably the max for a healthy person to add to her diet. If you are on blood thinners, or being treated for diabetes or any health conditions, ask your doctor. If your blood is already being thinned, adding cinnamon may cause problems.

Cinnamon sticks or ground cinnamon can easily be brewed into your morning tea or coffee, or steeped in hot water with a slice of ginger and a spritz of lemon. Try stirring it into your hot cereal, or blending it into your smoothie. Bake up some of your favorite treats, like banana bread or oatmeal cookies, but add a couple of teaspoons of cinnamon. Anytime you eat apples, pears or other cinnamon -friendly fruit, make a cinnamon agave or sucanat dip for it and dip away. I mixed half sucanat and half cinnamon and ground it in the spice grinder. 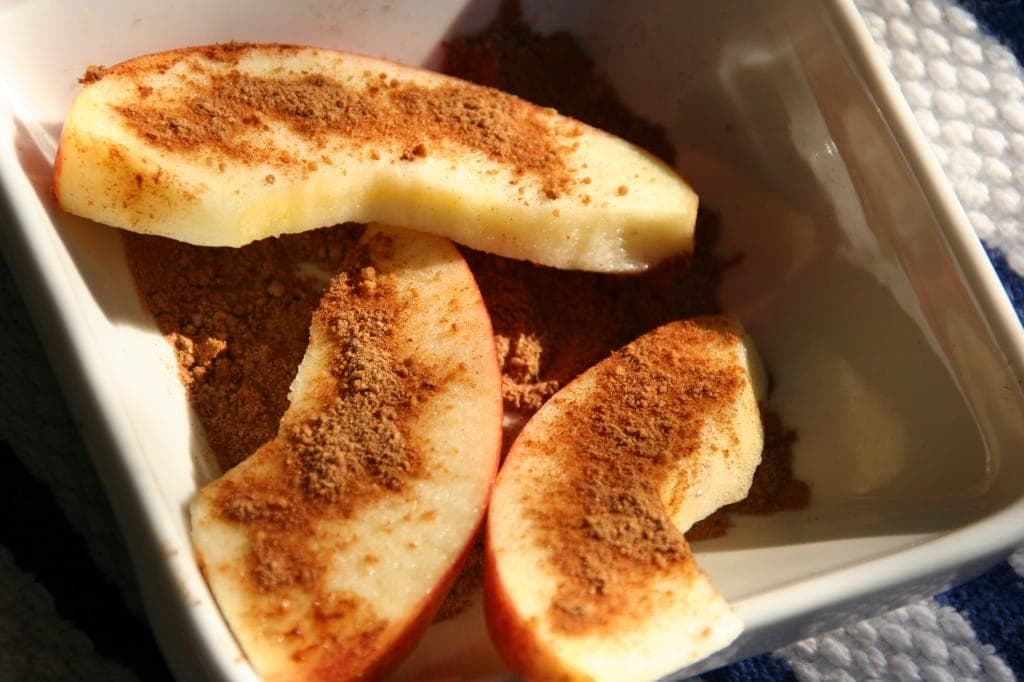 Apples with Sucanat and Cinnamon, Yum!

Try my super- cinnamony apple-walnut granola, and you can reap the benefits of cinnamon, whole grains, and heart and brain boosting nuts. All delicious! 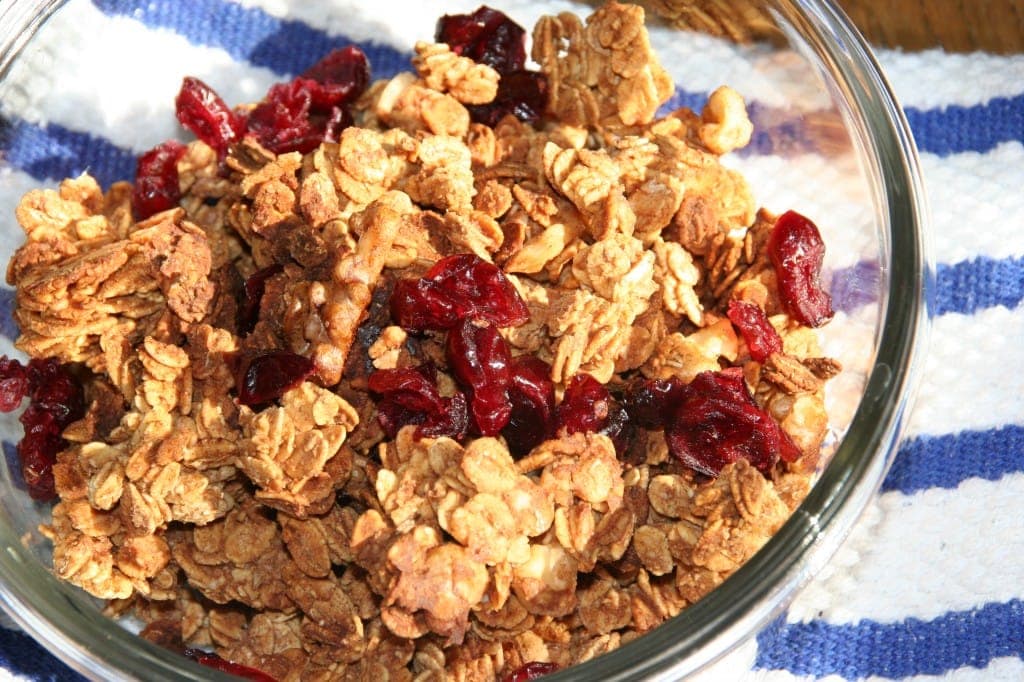 Preheat the oven to 300 F. Lightly oil two sheet pans with rims. In a large bowl, mix 5 cups of the oats, the cinnamon and salt. Grind one cup of oats to a fine powder in a food processor, blender, or spice grinder. Add that to the bowl.

In another bowl, stir the apple concentrate, sugar or sucanat, and oil. Stir until the sweetener is dissolved. Pour over the oats and mix well. Let stand for 10 minutes to soak in. Add the walnuts and toss, then spread on the two sheet pans.

Add the cranberries after it cools and store in an airtight container.