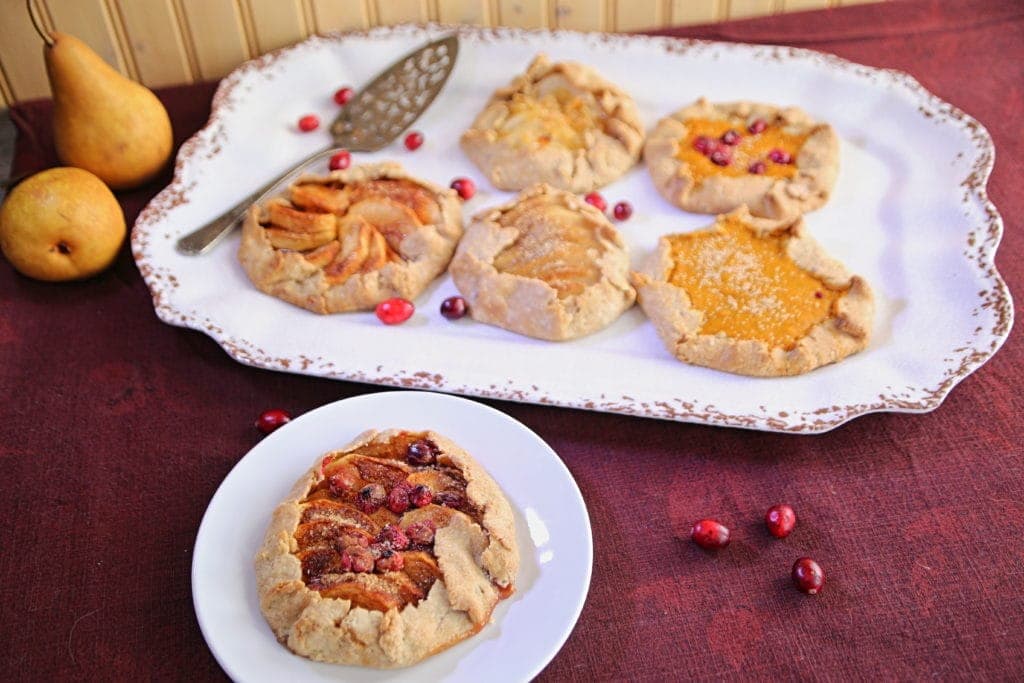 So hard to pick from the Holiday Tarts!

Do you wrestle with the decision of which pies to make at the holidays? Pumpkin, pear, apple, or even pecan sound so good, but do you really need four whole pies? This time, I’m making six different holiday tarts, each one designed to generously serve one person. This way, everybody has a delicious quandary at the end of the meal.

They have to pick a holiday tart. 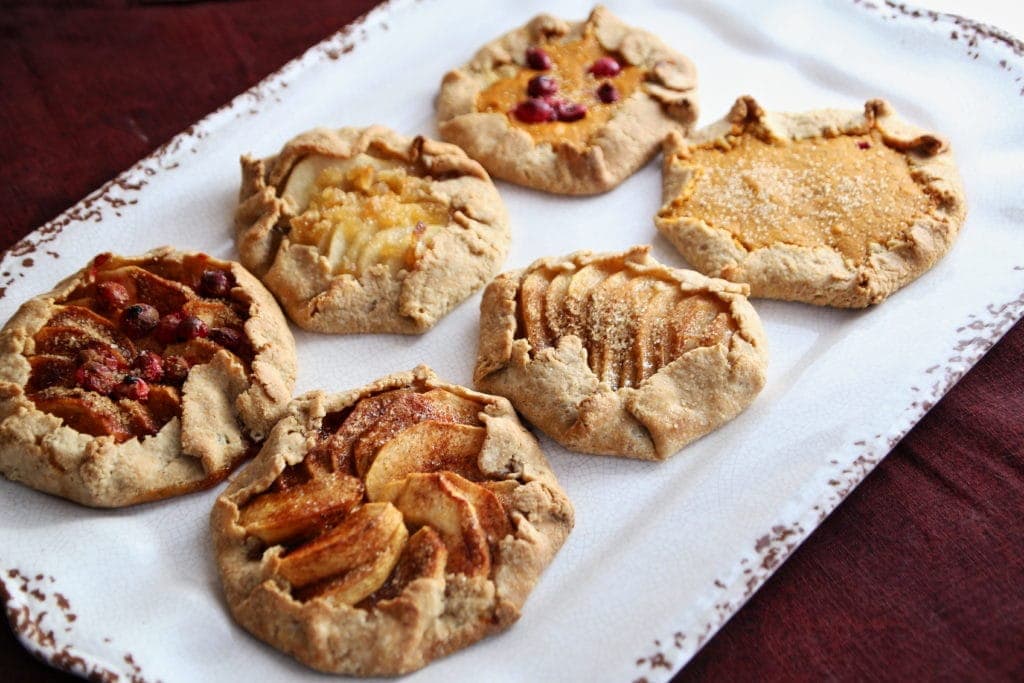 Give Your Guests a Choice

Honestly, you won’t have to spend much more time than if you made one pie. One dough, rolled out in six rounds, topped with simple fillings. It’s a little more work, but the payoff of six showy holiday tarts is worth it.

Make a fabulous signature cocktail for your party with my Slushy Lemon Thyme Cocktail.

Of course, I went with whole grain flour in the crust. White whole wheat or whole wheat pastry is soft and tender enough to make good pastry. You can either melt, measure and chill coconut oil to grate in, or use cold butter. 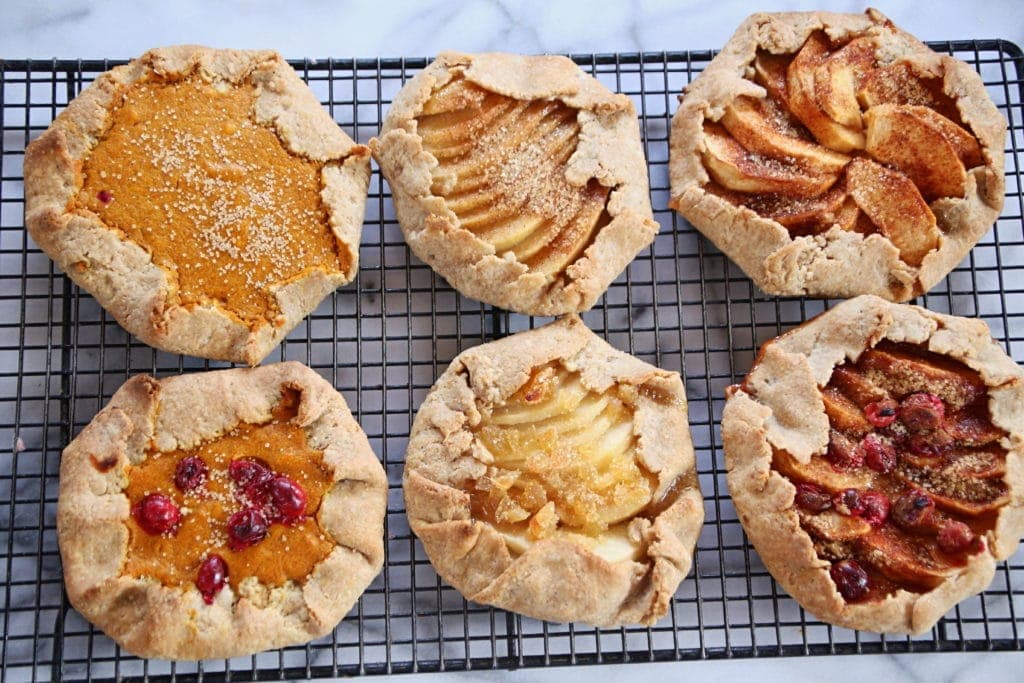 The rustic tart is so easy, and I’ve devised a way to keep the crust from getting soggy when you fill it with fruit. Sprinkle a tablespoon of flour mixed with sugar under the fruit, and it will soak up the juices and thicken to a lush layer of flavor.

The other trick is making a dense pumpkin filling with either cream cheese or chevre. It cooks to a smooth, less custardy consistency, and doesn’t make the crust soggy. It’s thick enough to be contained by the folded edges of the crust. 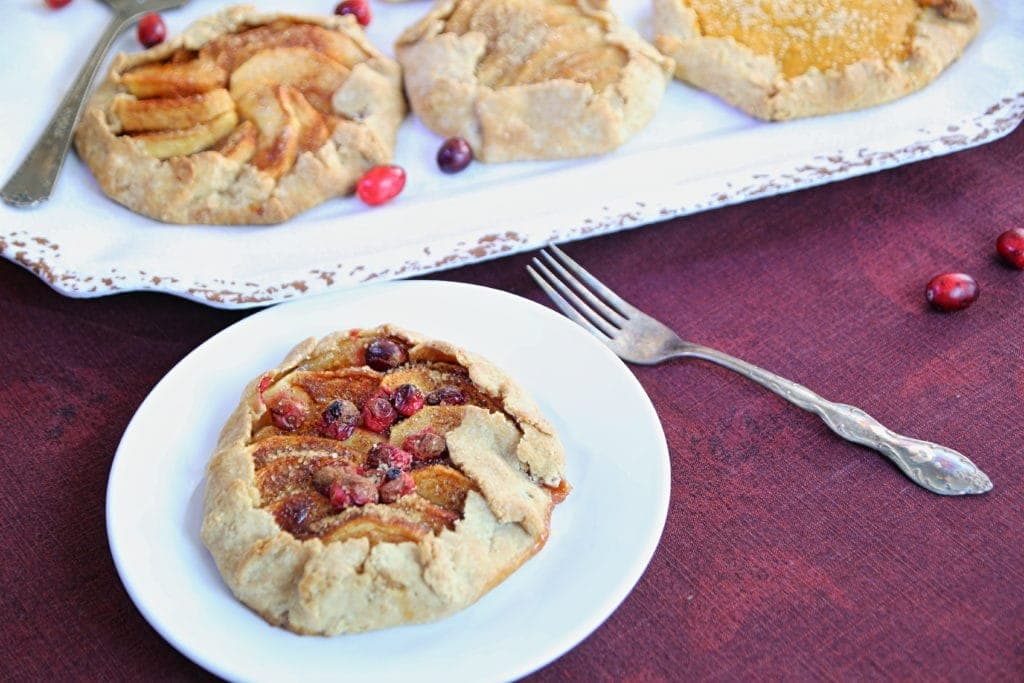 Cranberry Apple, or do you want Ginger Pear?

I was lucky to have a few apples left from a bag I was given by my neighbor. She had visited her family and picked some apples from the apple trees that have been there for at least 50 years. I had a few Prairie Spy and Wolf River and Liberty Apples and I sliced them for these tarts. You can use any firm, tart baking apples, as long as they aren’t too big. 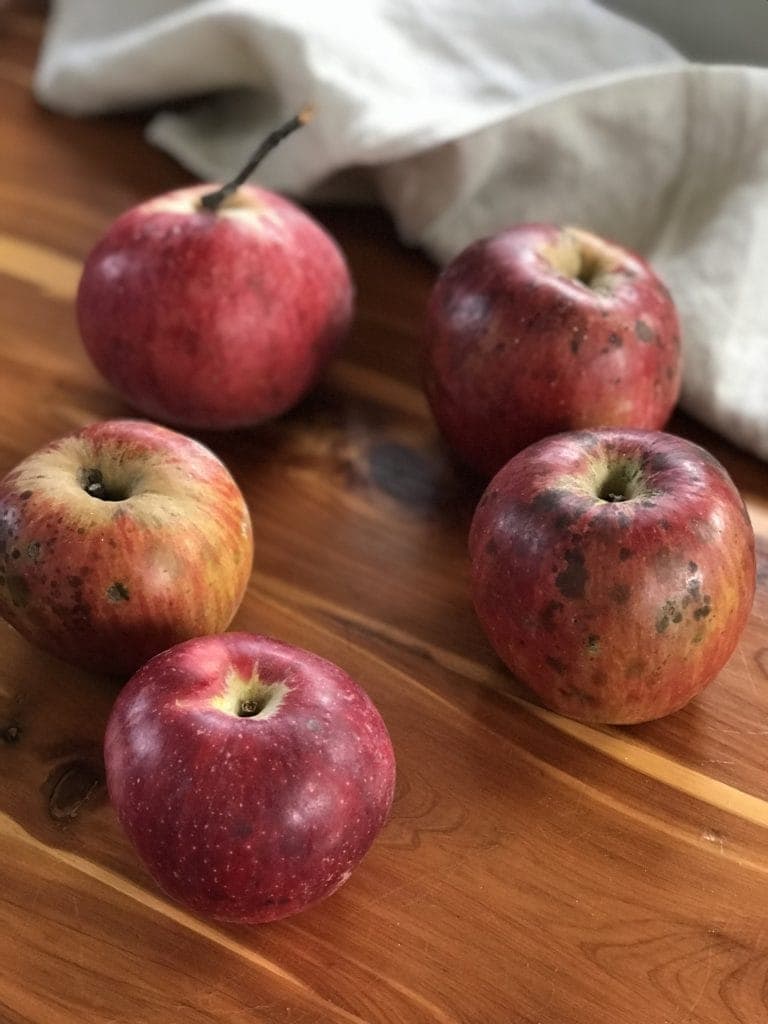 In the back, a Wolf River with the long stem, on the right, Prairie Spy, in front, Liberty.

Bosc pears are perfect for this, they are not as juicy as many other varieties of pear, and they stay just firm enough as they bake. 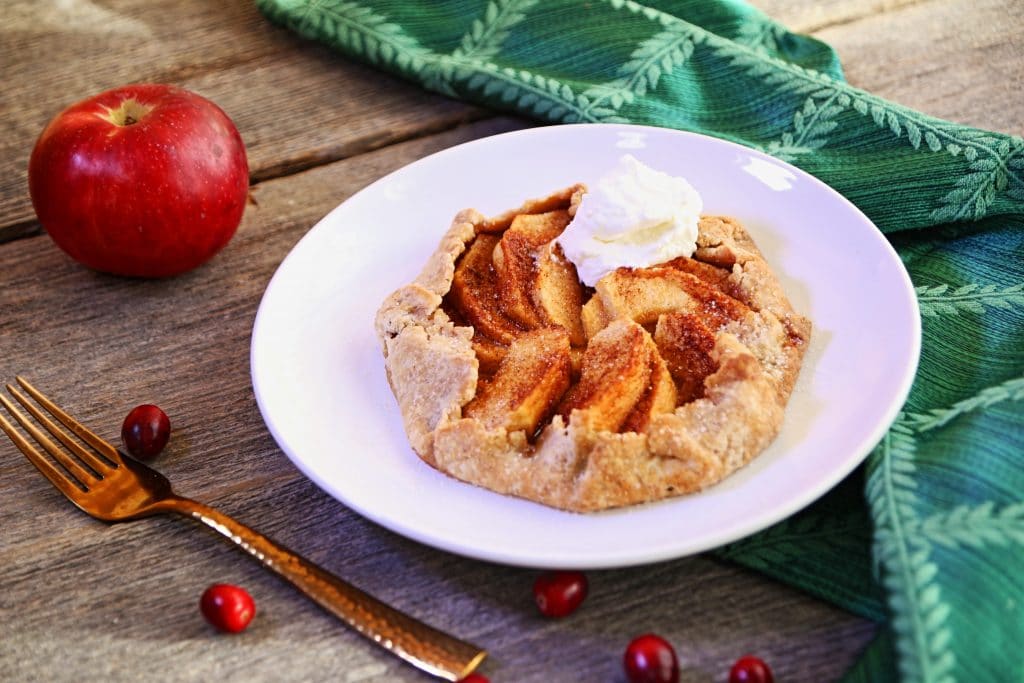 Of course, you can make a coconut whipped cream, or whatever variation on whipped topping you enjoy. Ice cream would also gild the lily nicely.

Don’t put too much on, you’ll want to taste these.

The holidays come but once a year, might as well make a spread of mouth-watering holiday tarts. 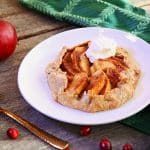 Serve your guests a delicious dilemma. They will have to choose one of these tasty tarts, pumpkin, pear or apple, all differently topped. You just make one pastry dough and fill it six ways, and watch the raves roll in.
Course Dessert
Servings 6
Author Robin Asbell