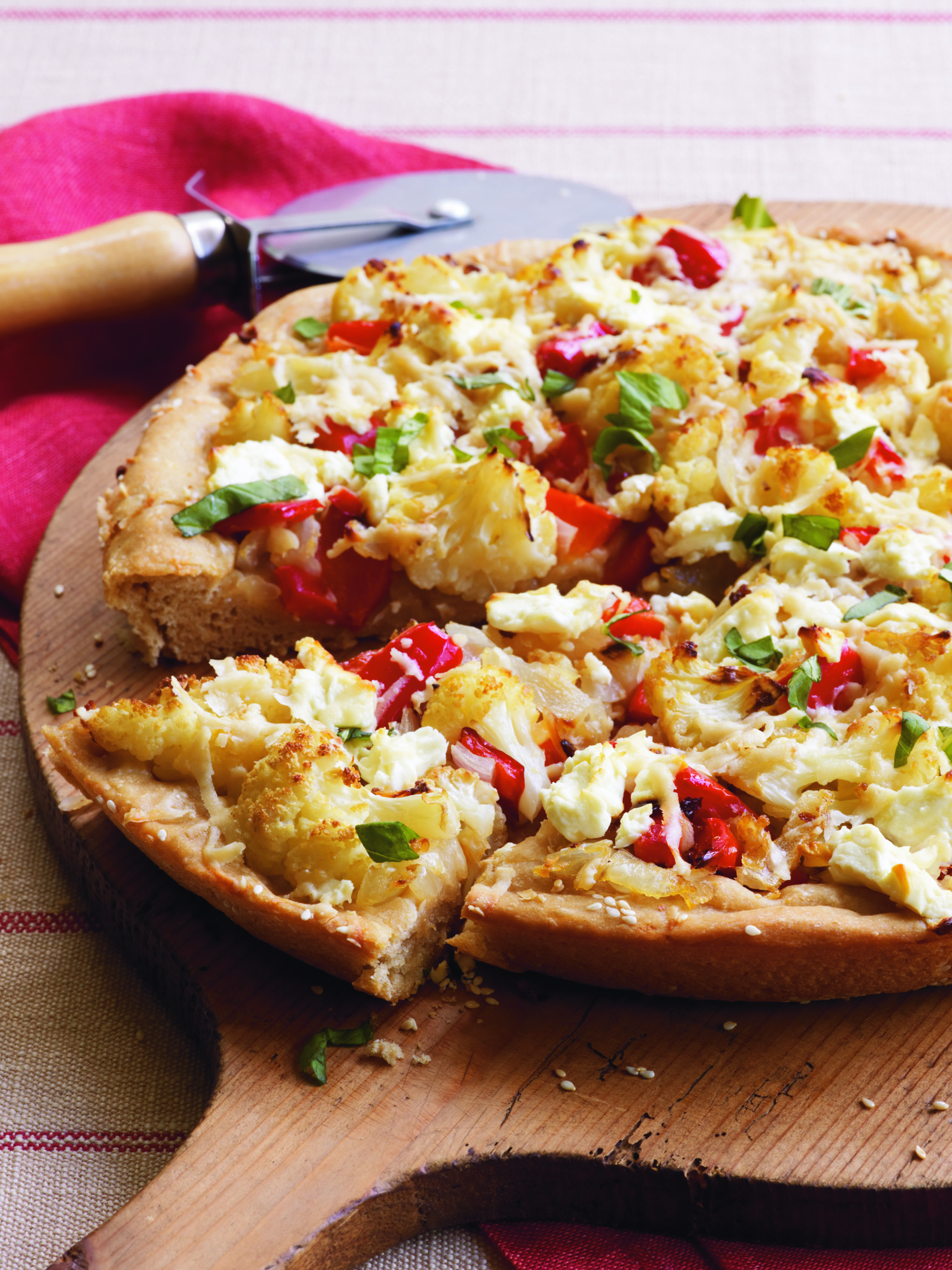 I’ve been singing the praises of cast-iron cookery for years. It’s always been an affordable, natural option for cooking with whole foods. I’ve also blogged about the way it puts iron in the food, and how great that is for vegetarians. It’s a great way to cook with a non-stick pan that doesn’t include chemicals that enter the food and the air and lodge in your body forever. That is one of my more frequently read articles on this blog, so feel free to check it out with the link below.

Link to Article and Recipe for Black Bean Soup

Well, thanks to my involvement with cast iron and the Lodge cast iron company, I was invited to join the amazing group of cooks, authors and chefs who have recipes in the new Lodge cookbook. It’s by no means a vegetarian book, but the recipes that I contributed are. My all-veggie chili is vegan, and the roasted cauliflower pizza has cheeses on it, which vegans can replace with crumbled tofu or vegan cheeses. There are other meatless offerings, as well, and a whole chapter on variations on cornbreads. I love baking pizza, cornbread, and other things I want to be crusty in my cast iron skillet. 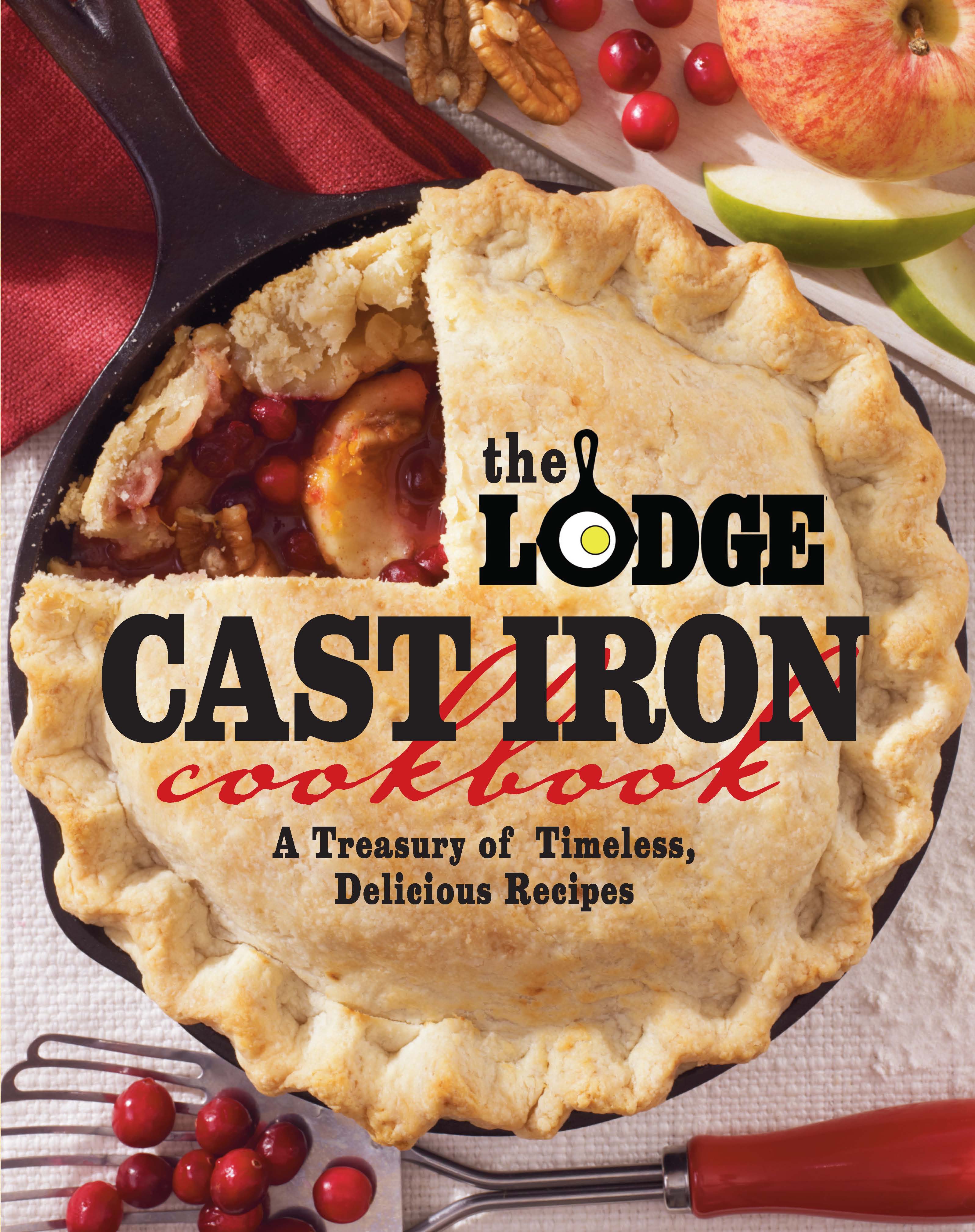 A while back I taught a cast iron cooking class, featuring all Lodge cookware. As I expected, there were many questions about how to wash, season, and otherwise care for cast iron pans. Luckily, I have made lots of mistakes with mine, and have been able to recover every time. So, for the people who are afraid that they don’t know how to keep their cast iron in good shape, here is what I have learned.

1. Buy pre-seasoned. It’s a relatively new thing, back in the day you had to buy bare cast iron and slowly build a good coat of seasoning. You will still keep adding, but pre-seasoning make it much easier. Lodge assures me that the process that they use is completely vegan and kosher. Seasoning, for the unitiated, is the process by which the iron, which has a microscopically porous texture, is heated while it is in contact with oil. Each time the pores open and suck in a little oil, which bonds to the surface. The oil changes, too, getting dry and firm, and becomes like a non-stick coating.

Don’t make the mistake I have, of thinking that leaving a thick coat of oil on the pan is going to help. It will dry to a goopy, sticky layer that will smell rancid, because it is. Just rub on oil, and rub it off with paper towels, leaving it shiny. If you get the gunky layer, you will have to remove it (see below)

2. Never scrub. This whole seasoning thing is a big part of the function of the pan. Lodge sells a special bristle brush, that you can use to gently remove any stuck on bits of food. You can rinse, but don’t use soap. Other methods include just dumping salt in the pan and rubbing it out with towels, with no water at all.

3. Never gouge. Once you have this delicate layer of oil forming a seasoning layer on the pan, you don’t want to start scraping around in there with knives, metal tools, and the like. Of course, when you make cornbread or pizza in there, you will want to. You may just want to devote that pan to that purpose, but you will eventually need to fix it.

3. Go ahead and fix it when you do all of the above. If you mess up in any way, whether its by leaving the pan out on the barbecue in the rain, or over oiling, or scrubbing, or using tools that gouge, you can always reclaim the pan. It helps to have access to some tools. A funky, rusty pan can always be reclaimed, with some TLC. My Mother-In-Law used to cook in her cast iron until it was encrusted in stuff, and then every few years her son would take it to the shop and sandblast it back to new.  Lodge recommends that if you see a spot of rust, try just rubbing oil on it. If that doesn’t work, you can go ahead and scour it with a steel scrubbie or fine sandpaper. Other people have used a rotating wire brush that you can attach to a drill. The idea here is to get any excess, chipped looking black buildup or rust off the pan and start with a smooth surface when you re-season. Don’t go any deeper than you have to. Once you have bare metal you need to get oil on it IMMEDIATELY. Bare metal will re-rust just by being exposed to air.

4. Re-season. Once you have scrubbed or sanded, rub the surface with some high heat oil, preferably solid shortening. There is an organic one that I keep around just for this. Turn the oven to 350 F, put a sheet pan lined with foil on the bottom rack, and put the pan upside down on the rack above it. Bake for at least an hour.

Don’t ignore cauliflower as a tasty pizza topping. Here, while you prep the crust, you can roast the veggies to sweet tenderness and then use them on the pie.

3             ounces  feta cheese, crumbled (Or equivalent firm tofu crumbled, with a dash of rice vinegar and pinch of salt)

Preheat oven to 425 F. Make the dough, in a large bowl or stand mixer, combine the flour, yeast and salt. Stir the warm water and 1 Tbs olive oil in and knead to make a soft, barely sticky dough. Add a little more flour if needed. Put the dough in an oiled bowl and let rise while you prep the veggies.

In a large roasting pan, toss the cauliflower, onion, bell pepper, garlic and remaining olive oil.Roast, uncovered, for 20 minutes. The cauliflower should be soft and golden browned in spots. Let the veggies cool slightly. Oil a 12 inch cast iron skillet and sprinkle with sesame seeds. Punch down dough, then shape into a large round. Press into the cast iron pan and press it up the sides about an inch. Sprinkle in the roasted veggies, cheeses and herbs. Bake for 20 minutes, until the crust is crisp in the center of the pizza and the cheeses are melted and golden. Tilt the pan and use a spatula to lift the pizza onto a cutting board to cut in 6 pieces.