Radishes, The Rodney Dangerfield of Veggies 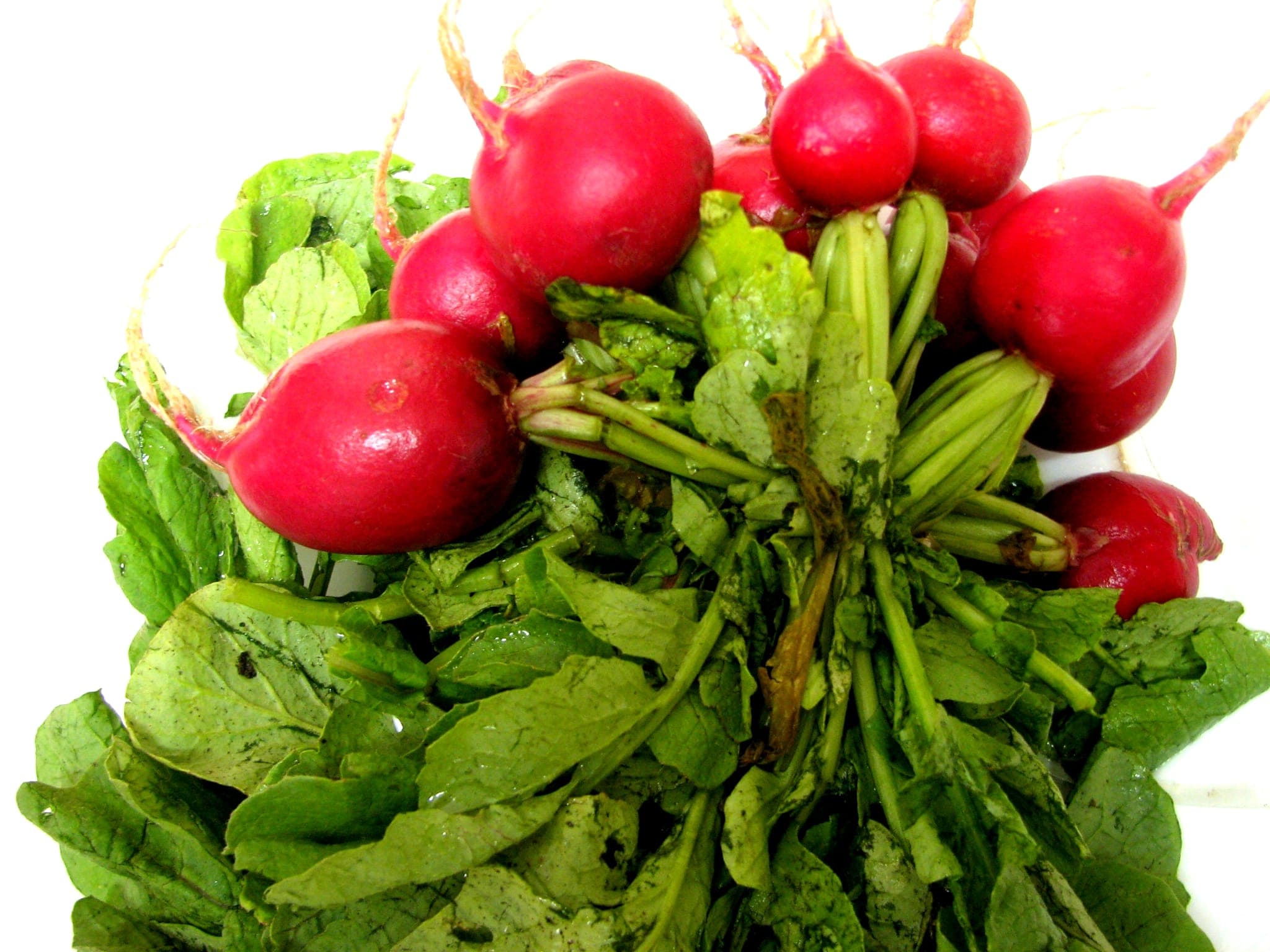 Not just for salads anymore!

The lowly radish is easy to overlook. Unless you garden, you probably see a few thin rounds scattered in the cheapest of house salads, or maybe a few on the standard relish tray. Mmm, with Ranch Dip, how could you be less excited about radishes?

Well, right now, the only seeds that are sprouting in the Northern garden are radishes, and that means it won’t be long now. And I promise you, it won’t just be some iceberg lettuce salad that sees these spicy roots. Radishes belong in exciting dishes, like springrolls and salsas, as well as simply enjoyed with salt and pepper.

The idea of radishes as a cheap, throwaway veggie is a relatively new one. Since Ancient Greek times, they have been associated with drinking- back then they were thought to keep you from getting too drunk. In early American history, radishes were served with beer in taverns. Whether this actually works is up to you to decide.

What I think we overlook about the radish family is the fact that it is a brassica, with alot of the great nutrition that broccoli, cabbage, and other brassicas. Just belonging to this club means that the radish is a cancer-fighting veggie. So if you are getting a little tired of loading up on broccoli, take a spring detour into the radish zone.

Radishes are also traditionally used for liver cleansing and stimulating digestion. Their high potassium levels make them a good food for folks with high blood pressure, as well.

If you have snacked and sipped your way through a bag or two and are getting bored, think outside the crudite tray. A miso soup, or other Asian inspired soup, is a great place to try cooked radishes. The bite of your little red or white gems will mellow considerably with a little cooking. They also roast up quite wonderfully, and in a mix with baby turnips and beets they provide a little zing.

Raw, the radish is more than just a spot of red in a green salad. If you are making potato salad or pasta salad, why not dice in some radishes? A Banh Mie Sandwich is complete with a topping of daikon and carrots marinated in rice vinegar and sugar- why not make the banh mie salad into a regular addition to other sandwiches? Any Asian Noodle salad, like a sesame dressed noodle, or a simple cold Soba would be a good spot for some thinly sliced radishes.

Of course, the French way is to slather a crusty slice of bread with sweet butter, plaster it with sliced radishes, and top with coarse salt and pepper. I suppose that might help keep you from getting too drunk, if you have it with a beer!

Or another beer-friendly food is chips and salsa. This recipe has served me well, it was a Rick Bayless recipe that had habaneros in it originally. This version has easy to find jalapenos, and you can find your own heat level.

So celebrate the radish, and give your tastebuds a spring wake up, all while taking care of your body in the most delightful way.

Mince the onion, then rinse in cold water, drain well. Place in a bowl and add the lime juice. Halve, core and seed the tomatoes, slice in thin strips and dice. Thinly slice the radishes and dice them finely. Seed and chop the chiles. Chop cilantro and combine all. Serve over tacos, burritos, Mexican Tofu or egg Scrambles, or with nachos.

Here is an interesting Indian Recipe to get you started.