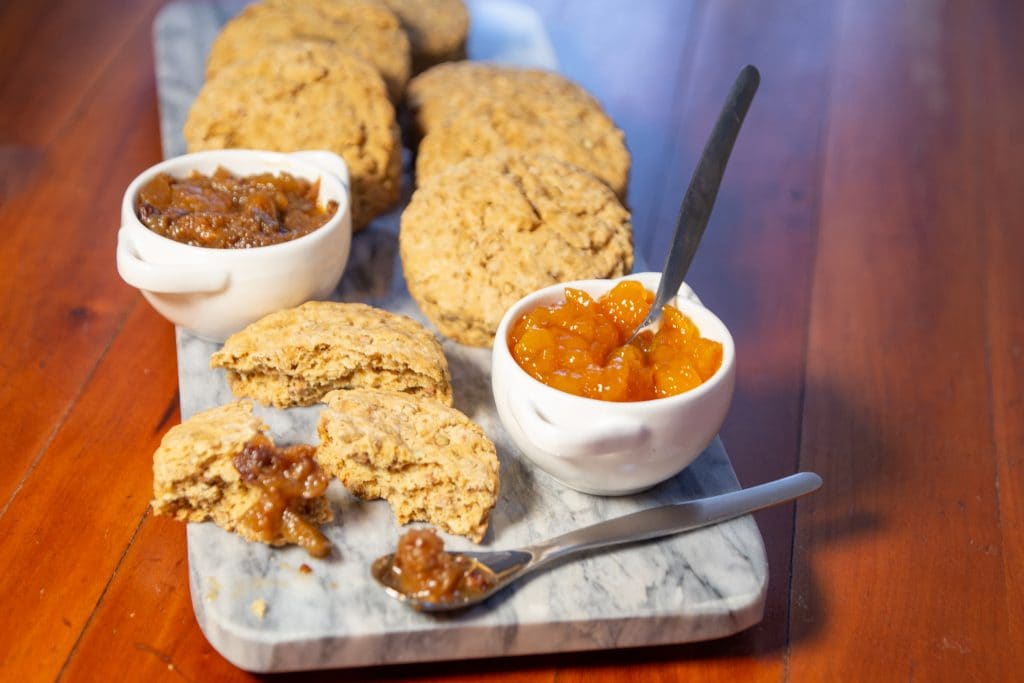 It’s biscuit season, and just in time for Veganuary, I’m baking up lots of these plant-based, versatile Crunchy Buckwheat Biscuits. There are many secrets to making a great whole grain biscuit, but these pack a crunchy punch that you may never have tried before.

Unlike most grains, buckwheat kernels can actually be eaten without cooking them first. I’ve been stirring them into biscuits, cookies and breads since I discovered this in the early 90’s, baking at a collective restaurant. We were our own bosses, and I took the chance to improvise and create new dishes and ran with it. I can’t remember why I tried eating raw buckwheat, but I did, and thought it made a great stand-in for nuts. 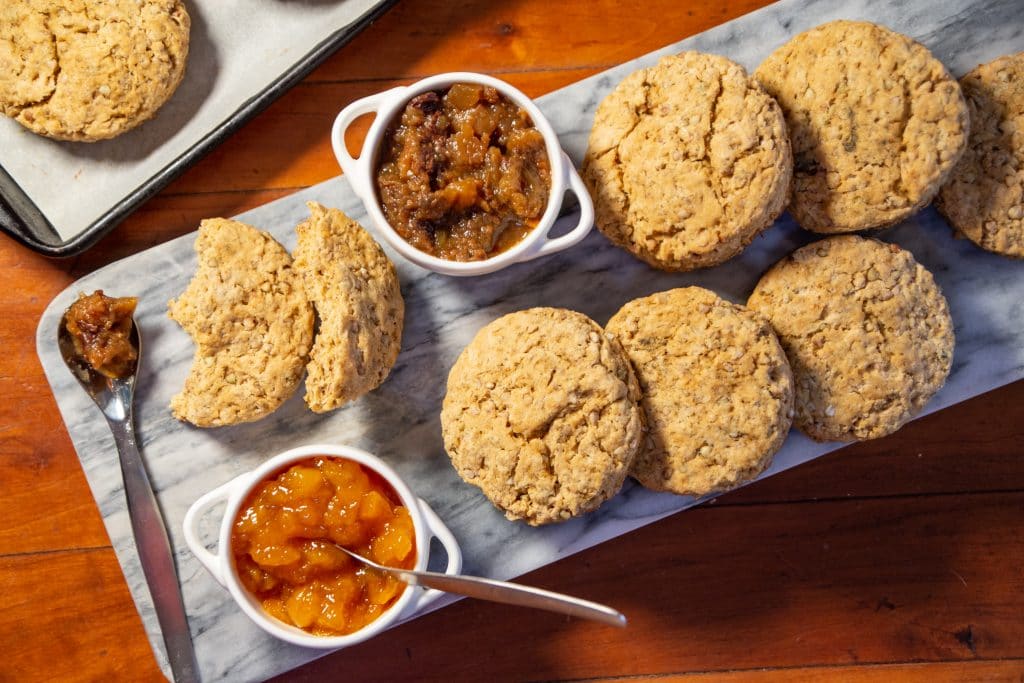 The rest is history, I guess, and many years later I put a recipe for chocolate chip cookies with buckwheat kernels in my first book, The New Whole Grains Cookbook.

If you aren’t familiar with Buckwheat, it’s a whole, gluten free grain that is often referred to as buckwheat “groats,” when it hasn’t been ground into flour. We usually think of buckwheat as the flour in pancakes and soba noodles, and you may have run across buckwheat groats in Russian Kashi, a traditional dish. Buckwheat is high in fiber, antioxidants, and a particularly beneficial chemical called Rutin, an antioxidant thought to reduce cholesterol and prevent heart disease, it’s even sold in pill form. Buckwheat has all 9 amino acids for complete protein, and is very low on the glycemic index. It’s also a great pre-biotic, feeding the good bacteria in your system, a benefit that is emerging as a really important factor in your health. For more, check out the Whole Grains Council page, here.

If you’re wondering what it tastes like, well, it tastes nutty, and the grains collapse to a slightly powdery, soft texture as you chew them. I love crunch, if you can’t tell, and the buckwheat kernels deliver a really appealing crunchiness. By putting them in baked goods, you are cooking them a little, but because they aren’t absorbing water, they stay firm. 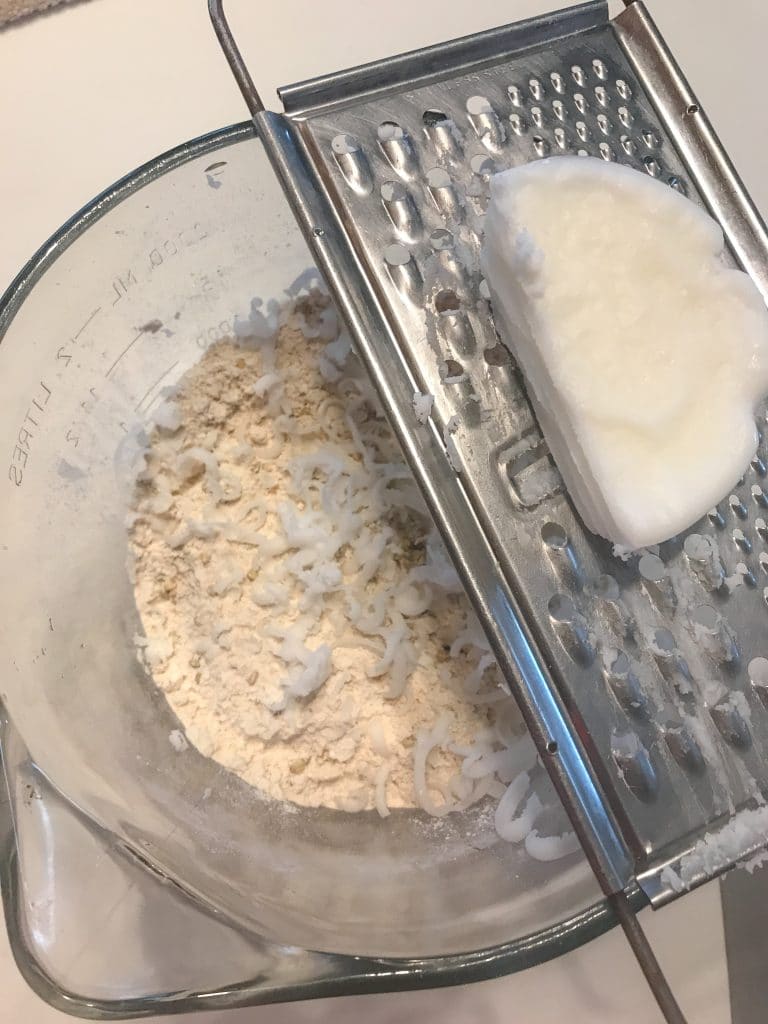 One of my favorite ways to make plant-based pastry is by using coconut oil. I melt the oil in the jar, either by microwaving it for a minute, or placing the jar in a pan of hot water. Then I pour the oil into a measuring cup and chill the cup until the oil is solid. Then, I use a grater to shred the oil into the flour mixture. 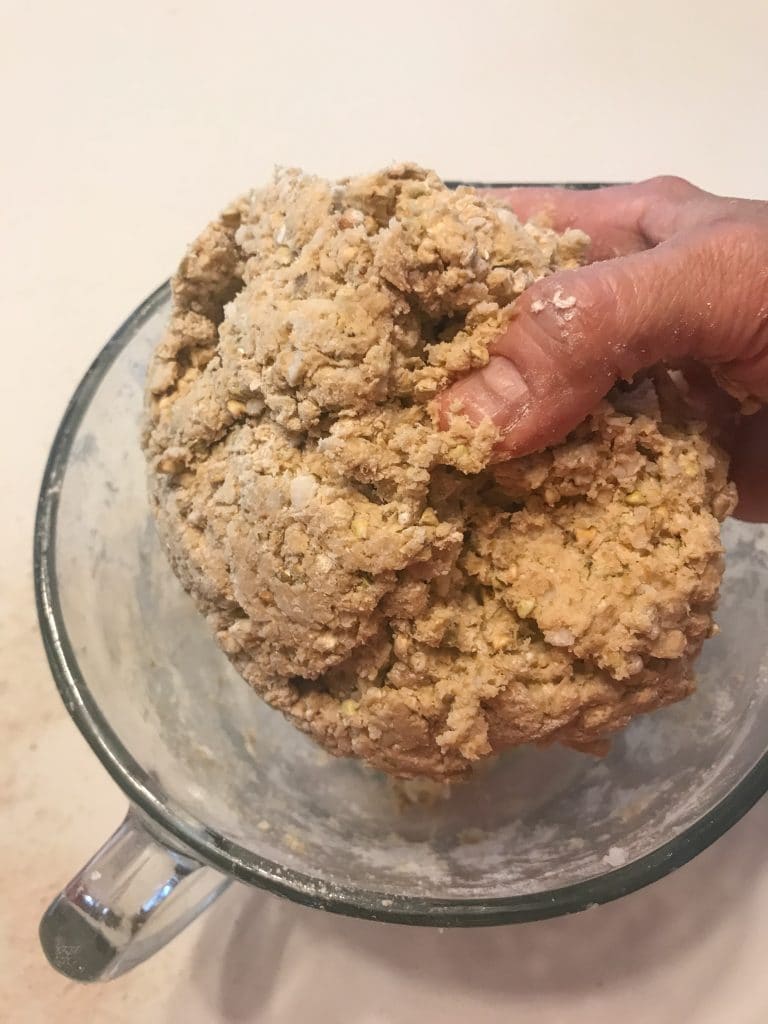 Then, stir in an acidulated almond milk, just to make a firm dough. You can see chunks of both solid coconut oil and buckwheat in the dough, and that is what you want. 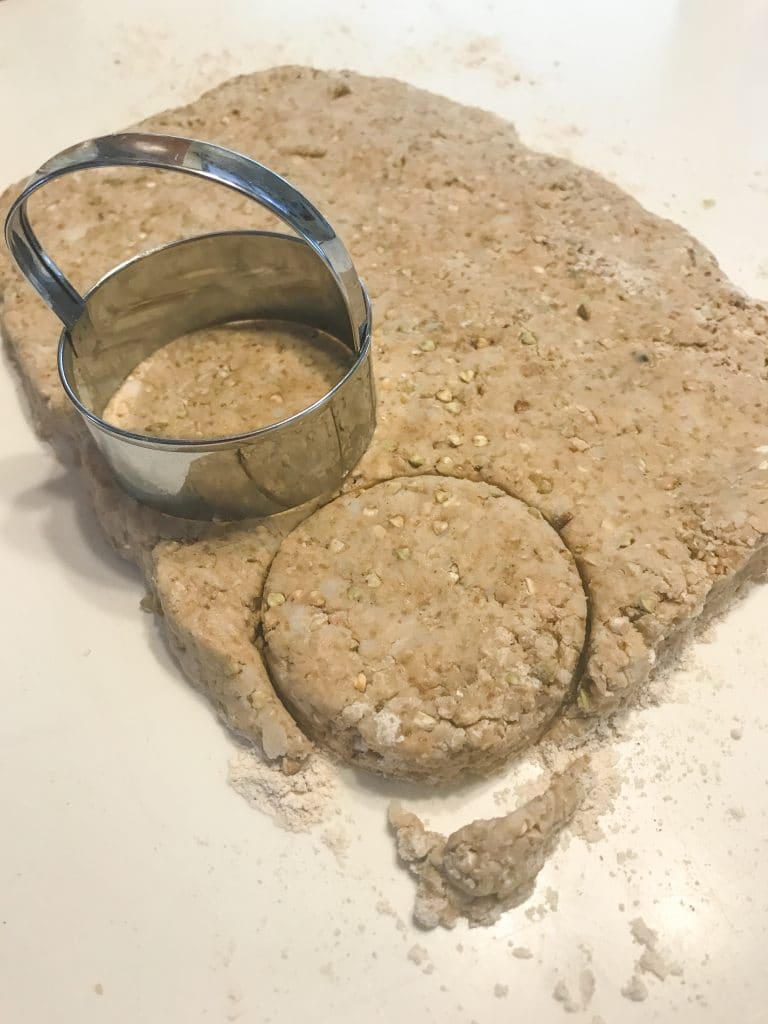 Once they’re cut out, just bake them until the bottoms are toasty, about 15 minutes. You can make them any size you want, so just adjust the baking time accordingly.

I love to pair a biscuit with a soup for dinner, or even a dip, if I’m feeling lazy. The leftovers get slathered with almond butter and jam for breakfast or lunch. A batch of biscuits is a great meal prep item, since you can build all kinds of meals with it, just use it as you would crackers or bread. 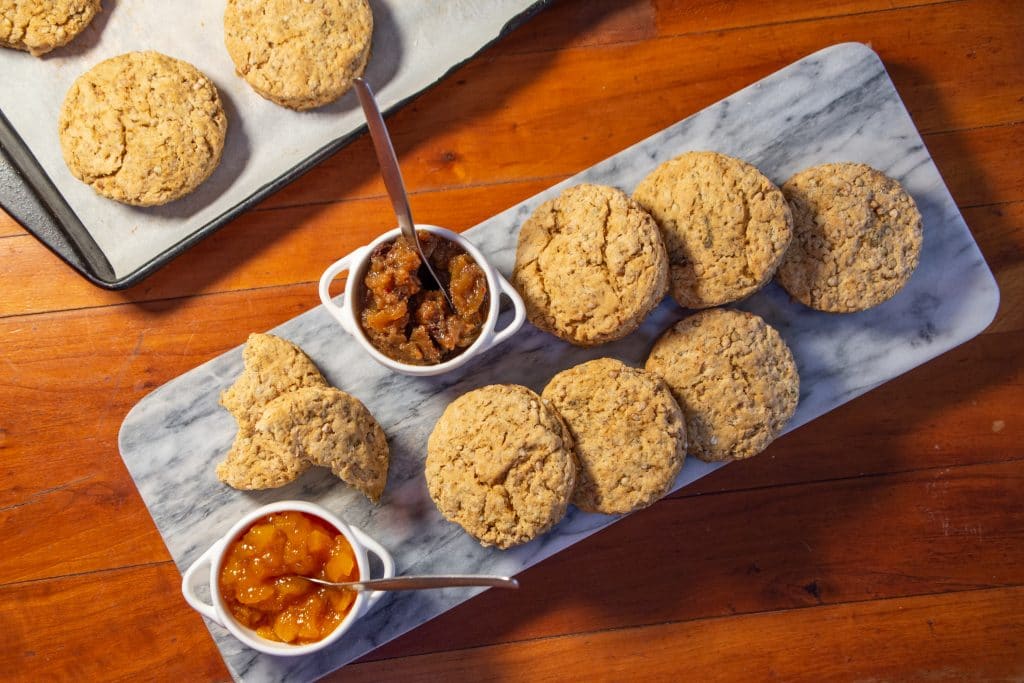 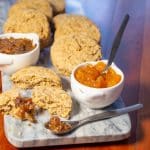